This is the upshot of a recent study on U.S. public attitudes towards climate change according to one of its lead authors, J. Craig Jenkins of Ohio State University.

The research suggests it was no coincidence that Americans were most concerned about the threat of climate change at a time when at least some leaders in both parties strongly advocated action. I suspect that if the same study were done in other countries, the findings would be similar.

But I can't help wondering if polarization between political parties is the only determining factor -- what about the inconsistent behaviour of climate champions themselves? Countless leaders recognize the threat of climate change and call for action to reverse it, yet continue to implement policies which do the opposite.

Take the EU Fuel Quality Directive for example. In a few days' time, Europe will vote on a law which would formally designate (and thus penalize) tar sands oil as excessively carbon-intensive in comparison with other fuels. The UK, Netherlands and France -- often considered climate leaders within Europe -- are under pressure from petro-lobby interests and are thought likely to block the decision. If tar sands interests win out, it will be a significant setback for the fight against climate change. 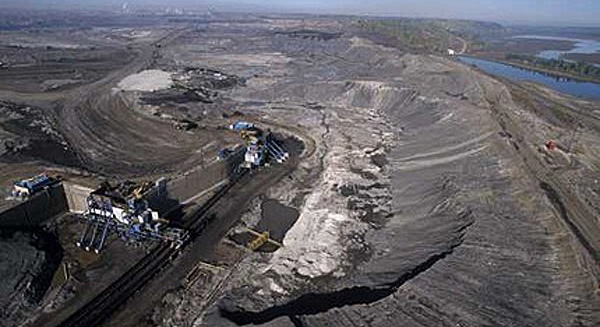 But if Europe caves on tar sands this week, it will be a breathtaking display of climate schizophrenia, given the massive showdown it's facing on aviation policy. As of January 1, all flights to and from Europe are now subject to the EU's Emissions Trading Scheme, and the rest of the world doesn't like it.

Starting tomorrow a 26-member "coalition of the unwilling" is meeting in Moscow to plot strategy and prepare counter-moves against Europe.

Who are the 26 members? Amongst others, China, India and Brazil, all of whom place the responsibility for greatest action on Europe and other developed countries in the context of the climate negotiations. But isn't this precisely what Europe is trying to do with its aviation legislation?

The additional cost for a ticket to Europe amounts to only a few dollars difference, and anyone with enough money to buy the ticket in the first place will not be unduly disadvantaged. So what's the problem here?

The U.S., another fully paid-up member of the coalition of the unwilling, launched a coalition of its own last week. The six countries participating in the Climate and Clean Air Coalition will work to reduce short-lived climate pollutants such as black carbon, the soot from cookstoves used in developing countries. Secretary of State Hillary Clinton said at the launch:

Climate change is one of the most serious and complex problems facing our world. We know its impacts. It impacts global security, the global economy, global food and water supplies, and the health and well-being of people everywhere. And we know that in the principal effort necessary to reduce the effects of carbon dioxide, the world has not yet done enough. So when we discover effective and affordable ways to reduce global warming -- not just a little, but by a lot -- it is a call to action.

The New York Times reported that the motive for launching the initiative was "impatience with the slow pace of international climate change negotiations."

Ironically (or schizophrenically) enough, the U.S. is one of the countries most responsible for the slow pace of those negotiations.

It gets even better. Canada, which formally reneged on its obligations under the Kyoto Protocol in order to fully develop the Alberta tar sands, is a founding member committed to providing $3 million over the next two years. Don't get me wrong, it's a great initiative, but it's not a substitute for the urgent need to massively reduce CO2 emissions.

There are many other examples of climate schizophrenia. Remember when the World Bank approved a multibillion-dollar, highly controversial loan for the Medupi coal-fired power plant in South Africa in 2010? The U.S. was one of several countries which opposed the project on climate grounds, yet failed to stop it by choosing merely to abstain. Germany, climate champion extraordinaire, actively voted to approve it.

Climate schizophrenia is not even limited to countries. As leaked documents revealed last week, 19 public corporations fund the climate change-denying Heartland Institute, some of whom scrambled to distance themselves from Heartland's climate program. Of all the companies named, I was most disappointed to see Microsoft on the list, albeit only for the provision of around $60,000 worth of free software. Bill Gates the philanthropist is very worried about climate change, but not enough for his company to cut off support to a climate-denial group.

The public looks to its elected representatives for leadership. A cynic would point out that it's precisely because of our polarized political discourse that unity around any issue would be something to stand up and take notice of. Not being a cynic, I would argue that the consequences of climate change are so far-reaching that anything less than a serious, well-considered plan of action based on the best available scientific information is a violation of the public trust. Is it too much to ask for that our leaders take this responsibility seriously and stop using climate as a political football?

And at the end of the day, the scale of the response should match the scale of the rhetoric. If Hillary Clinton really believes that climate change impacts security, the economy, health, food and water supplies, why on Earth is the U.S. throwing up so many roadblocks on the pathway to climate salvation?

We need an urgent cure for climate schizophrenia. As Robert Fulghum, author of All I Really Need to Know I Learned in Kindergarten said, "Don't worry that your children never listen to you: worry that they are always watching you." The climate movement is indeed watching.