I'm going to go out on a limb and say something very controversial: I don't think that anyone is "stupid" for wanting to know more about what role climate change may or may not have played in the formation and strength of Hurricane Sandy, no matter what the editors at Business Week might think.

Before I go deeper into my radical opinion, I first want to let everyone know that I'm a political liberal. That should have nothing to do with a discussion about weather and climate, but the reality of today is that political persuasion generally determines the stance on climate change.

Liberals are supposed to believe that all extreme weather is proof of climate change, and the conservative position is one of denial.

When it comes to the weather, though, I prefer science to politics.

I understand that the earth's climate has been warming for more than a century, and I don't discount that man likely has had at least some role in the warming. I believe that we need to wean ourselves off fossil fuels and develop alternative and, preferably, sustainable energy alternatives, not only because of the potential impact of greenhouse gases but for reasons related to air pollution, water pollution, and the political benefits of not having to rely on a finite resource of energy that we don't -- and shouldn't -- have exclusive world rights to.

Just because I believe those things, however, doesn't mean that I have to accept that a powerful and devastating hybrid storm is in and of itself proof of a changing climate.

No single weather event is proof of climate change any more than one tranquil hurricane season is proof that global warming doesn't exist.

Extreme weather, including powerful hurricane and hybrid storms, has always been part of the climate along the East Coast of the United States, including the mid-Atlantic region and Northeast. 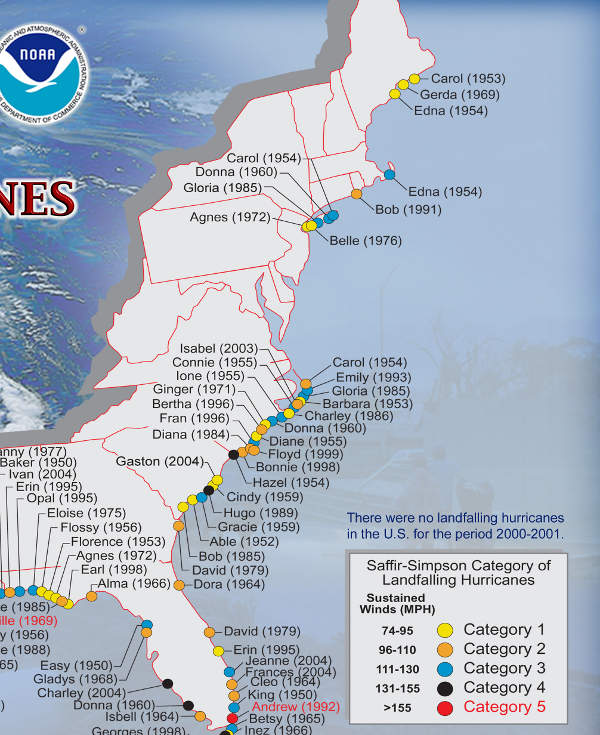 These storms weren't attributed to climate change; they were merely part of the extremes of weather that are part of a normal climate.

Is Sandy assumed to be climate change-related because of its hybrid nature?

(NOAA image of the "Perfect Storm")

That's not a strong argument. Hybrid storms, although rare, are certainly not unheard of. The so-called Perfect Storm of 1991 (of movie and book fame) was a powerhouse hybrid storm in the Atlantic, and Hurricane Agnes of 1972 became a hybrid storm as it produced record flooding in much of the Northeast.

Powerful and sometimes devastating storms affected this region long before climate change was even considered, so I need more proof than the circular argument of "Global warming causes more extreme storms, and we had an extreme storm, so it's global warming."

I need to know what the difference is between those storms and Sandy in order to say that Sandy was directly affected by climate change and the others weren't. I'm not saying that would be an easy thing for climate scientists to determine and quantify, but I'm not stupid for wanting to know the science.

Meteorologist and Author of 'Weather Whys: Facts, Myths, and Oddities'