Americans are getting increasingly worried about climate change and its impacts, according to results from at least two nationwide polls released this week.

A New York Times/CBS News poll found that nearly half of Americans believe that global warming is causing a serious impact now, while about 60 percent said that protecting the environment should be a priority "even at the risk of curbing economic growth."

Fifty-four percent of those surveyed said that global warming is caused by human activity. This, the New York Times notes, is the "highest level ever recorded by the national poll."

Those results echo those of another survey conducted by the Chicago Council on Global Affairs, which found that more than 70 percent of Americans believe climate change is either a critical or an important threat "to the vital interests" of the country, while more than 80 percent said that combating climate change is either a "very important" or "somewhat important" goal for the U.S.

The survey also found that 50 percent of the American public believe that the government is not doing enough to address the problem of climate change. According to poll makers, this is an increase of five percentage points from 2012 poll results.

On Tuesday, U.S. President Barack Obama declared climate change to be the "one issue that will define the contours of this century more dramatically than any other" in his address to more than 100 world leaders at a United Nations climate change summit in New York.

In his speech, Obama stressed the need for immediate global action to address this environmental crisis. "The alarm bells keep ringing. Our citizens keep marching," he said. "We cannot pretend we don't hear them. We have to answer the call."

Just two days before, more than 400,000 people had taken to the streets of Manhattan to take a stand against climate change. Sunday's People's Climate March is believed to have been the largest demonstration against global warming in history.

Americans Are Getting More Worried About Climate Change, According To New Polls
People's Climate March, NYC 2014 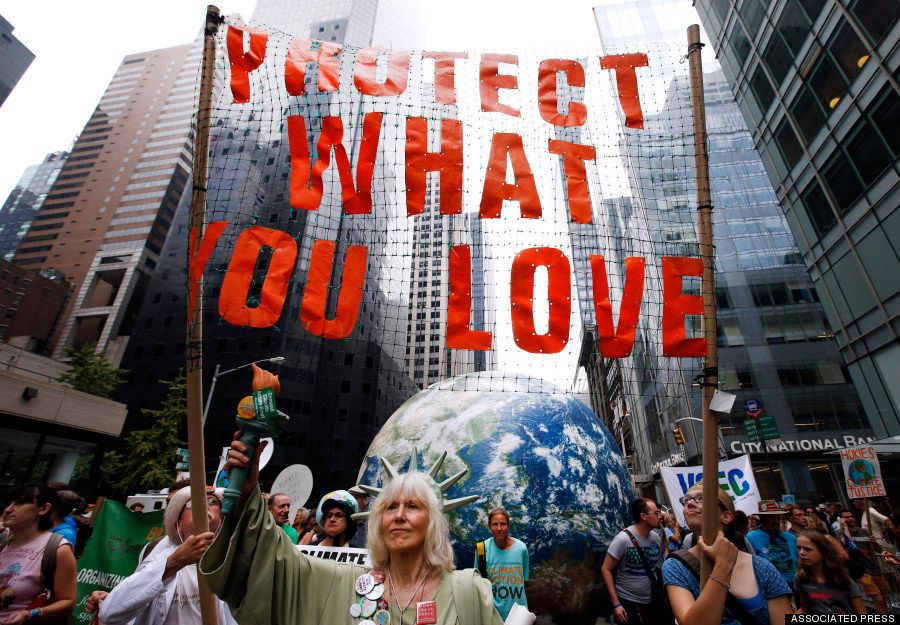