As this week's viral photo of 35,000 walruses crammed on an Alaskan shore reminds us, the climate crisis is still very much a thing. For those who missed it, a lack of Arctic ice evidently forced the poor creatures to huddle together on a narrow piece of land out of desperation -- normally, they're observed lying more spread out. (The same thing happened last year as well.)

The plight of the walruses is striking, but climate change is also having all kinds of other, less readily visible effects. It's been shown to produce heat waves around the world, contribute to global wildlife extinction and maybe even reduce gravity.

Below, we give you 21 numbers to help explain one of the most pressing global issues of our time.

Percentage of working climate scientists who reject man-made global warming. According to research by the geologist James Lawrence Powell, among 9,136 scientists who published a combined 2,258 peer-reviewed climate articles between November 2012 and December 2013, just one person rejected the idea that humans are changing Earth's climate. Another review looked at 4,000 peer-reviewed papers on climate change and found that a full 97 percent identified humans as the cause.

Number of years it's been since carbon dioxide levels were as high as they are now. Not only did humans not exist back then, but the oceans were 100 feet higher than they are today and the world's surface temperature was 11 degrees warmer than it is now.

The year Svante Arrhenius presented a paper describing the impact of increased carbon dioxide on Earth's greenhouse effect. Arrhenius, a Swedish physicist and chemist, hypothesized that changes in concentrations of carbon dioxide and other greenhouse gases could have a significant impact on the planet's surface temperatures. While Arrhenius was not the first to suggest humans might be capable of influencing the climate, his research shows that the basic science of global warming has been understood for more than a century. Yet somehow, there are still public figures in the U.S. debating whether it's real.

The percentage by which atmospheric carbon dioxide has risen since the Industrial Revolution.
Concentrations of
methane and nitrous oxide
, two other important greenhouse gases, have risen 153 percent and 21 percent from pre-Industrial levels, respectively.

The generally accepted maximum increase in average global temperature that humans can sustain without dangerous consequences. It was proposed as a policy target by the EU in 1996, and again in the Copenhagen Accord of 2009. After the planet warms by more than two degrees Celsius, or roughly 3.5 degrees Fahrenheit, relative to pre-Industrial times -- as it is currently on track to do -- humans could face more of the negative consequences of climate change, such as more frequent food shortages, extreme weather and mass extinction of plant and animal species.

Estimated total number of metric tons of carbon that humans can pump into the atmosphere before average global temperatures rise more than two degrees Celsius. According to a 2013 report by the Intergovernmental Panel on Climate Change, 800 billion tons is Earth's "carbon budget," and we've already used up close to two-thirds of it.

The number of pounds of carbon dioxide produced by burning one gallon (6.3 pounds) of gasoline. One gallon of diesel fuel does even more damage, releases 22.38 pounds of CO2 into the atmosphere. The U.S. Energy Information Administration estimates that gasoline- and diesel-fueled transportation added 1,522 million metric tons of carbon to the environment in 2013.

The percentage increase of carbon dioxide in the atmosphere between 1959 and 2013. That's a rise from 316 parts per million to 397 ppm. Over the past two decades, the average annual increase rose from 1.9 ppm to 2.1 ppm.

Estimated number of annual deaths due to factors influenced by climate change. A 2012 report published by the European nonprofit DARA estimated the average number of fatalities due to "hunger and communicative diseases" related to extreme weather affected by climate change. These conditions appear to hit the children of developing countries particularly hard. A group of doctors recently estimated that up to 7 million people may face premature death as a result of indoor and outdoor air pollution linked to fossil fuel consumption.

Loss in 2010 global GDP estimated to have been caused by climate change. By 2030, researchers estimate that 3.2 percent of annual global GDP will be lost due to climate change, through consequences such as negative effects on crop yields. In developing countries, the loss may be even greater -- up to 11 percent of a nation's GDP.

The average number of feet by which global sea levels are expected to rise by 2100. This estimate by the IPCC assumes that greenhouse gas emissions will continue to climb at present-day rates. Sea levels around the globe are not expected to rise evenly, and some regions, such as the Mid-Atlantic U.S., are believed to be particularly vulnerable.

Number of feet global sea levels could rise if the increasingly unstable West Antarctic ice sheet should collapse. The sheet is already thinning, and one study has called its eventual collapse "unstoppable." However, while the ice sheet's melt would cause already-rising global sea levels to climb even higher, researchers do not believe that will start any time soon -- in a worst-case scenario, rapid collapse might begin 200 to 1,000 years from now.

Year when it will become too late to stop Miami from slipping below sea level, due to greenhouse gas emissions already built up in the atmosphere. This doesn't mean Miami will actually be underwater by 2041 -- but if emissions continue at their current rates, 2041 is the year there will be no way to reverse the sort of sea-level rise that would end up drowning most of the city.

Estimated decrease in regional temperature by 2100, if certain presently non-forested areas of Europe are converted to deciduous forest. Though it's unlikely to happen, a 2013 study illustrated the benefits of using vegetation as a weapon against climate change.

Number of days in 2011 when the temperature in parts of the U.S. was at least 100 degrees Fahrenheit, according to the National Climate Assessment. Texas, Oklahoma, Arizona and Southern California were particularly hard-hit with scorching hot weather that year, a trend that is expected to increase with climate change.

High-level estimate of how many days per year New York City will have temperatures above 90 degrees Fahrenheit if emissions aren't curtailed. That's the projection for the year 2100. A low-level estimate puts that number at 18 days. Other cities could face a much hotter future. In Miami, by 2100, almost 200 days out of the year could be 90 degrees or above.

Number of the top 10 hottest years on record that have occurred in the 21st century. The other year was 1998, and 2010 was the hottest year of all since record-keeping began in 1880.

CORRECTION: An earlier version of this article misstated the amounts by which atmospheric carbon dioxide, methane and nitrous oxide have risen since the Industrial Revolution. They have risen by 42 percent, 153 percent and 21 percent, respectively. In addition, this article previously described the Earth's carbon budget as 800 billion metric tons of carbon dioxide. In fact, it is 800 billion metric tons of carbon. 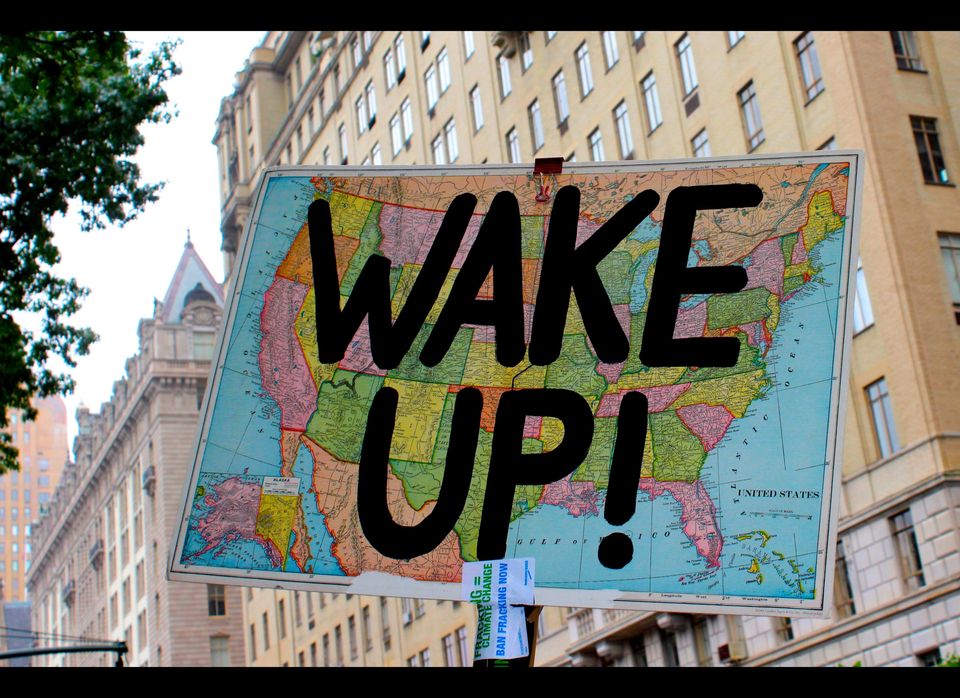