Today, the Earth got a little hotter.

How unusual has the weather been? No one event is "caused" by climate change, but global warming, which is predicted to increase unusual, extreme weather, is having a daily effect on weather, worldwide. Looking above at recent temperature anomalies, another polar aneurism appears to be funnelling polar weather deep into the mid and eastern US. Hotter than usual temperatures continue to dominate human habitats. Daily updates of this map can be seen here.

To find out how, check out Pear Energy and Ethical Electricity.
*
*

The People Vs. Carbon: Fossil Fuel Industry Challenges Rising Social Cost Of Carbon, reports the Climate Reality Project (CRP). The Feds recently increased the Social Cost of Carbon to $37, that is, the cost to US society per ton of carbon emissions each year. Consider US total emissions, and that adds up to a lot. The fossil fuel industry is challenging this hike, since the rising cost encourages more people to shift to clean energy, threatening fossil fuel profits. CRP says you can challenge 'em back; CRP makes it easy for you to voice your support of the feds estimated cost here.

The Earth Is Heating Faster Than We Thought; Arctic 8x Faster Than Rest because gaps in Arctic temperature had led scientists to underestimate global warming says a new study, reports Jeremy Hance at Mongabay. Not only is the Arctic warming eight times faster than the rest of the planet, but failure to account for temperature gaps has led global datasets to underestimate the rise of temperatures worldwide. By adding in new temperature data from satellites over the rapidly-warming Arctic, scientists report that the world's climate has not slowed in warming, as it previously appeared to some, but is warming as rapidly as predicted, with the Arctic currently facing the brunt of it.

By Tim Eagan via OO Climate Change in the Vortex of America's Bi-Polar Politics at Yale Climate Media Forum.

US Carbon Emissions Rise 2% In 2013 After 5 Yr Hiatus due to increase in coal consumption as the rising price of natural gas made coal more competitive, reports Jeremy Hance at Mongabay. Doesn't sound like much? Scientists say that if global society doesn't rein-in emissions quickly and aggressively, future impacts could include mass extinction, agricultural collapse, water shortages, and even increased warfare. We have to change this, folks!

The Great March for Climate Action will start on March 1, 2014, and go from Los Angeles to Washington, DC to inspire our leaders to act now on climate change, notes The Great March website. Over 200* have signed up already, and the march is endorsed by ex leading US govt climate scientist James Hansen, Nobel Laureate Mairead Maguire, 350's Bill McKibben and many green organizations. Sign up today for part or all of it; march for change!

UN: Lag in Confronting Climate Woes Will Be Costly reports Justin Gillis at the New York Times. Nations have so dragged their feet in battling climate change that the situation has grown critical and the risk of severe economic disruption is rising, says a draft UN report. Another 15 years of failure to limit carbon emissions could make the problem virtually impossible to solve with current technologies, experts found - and there's no guarantee we'll have the technologies or resources to deal adequately with the problem then... a stitch in time...

Top Secret Pacific Trade Agreement Sacrifices Wildlife, Environment, Climate reports Jeremy Hance at Mongabay. The massive 12-nation free trade Trans Pacific Partnership agreement has been negotiated in secret now for almost four years, and the information release by WikiLeaks shows that key environmental safeguards in the agreement are being stripped away, including illegal logging, as well as legally-enforced pollution regulations, both of which would further contribute to climate change.

Deforestation in Malaysian Borneo. A recent analysis found that Malaysia, which is a part of the TPP, has the world's highest deforestation rate between 2000-2012. Photo by: Rhett A. Butler of Mongabay.com

Green Billionaires et al To Map Out US Cost of Climate Change reports Sophie Yeo at RTCC. Risky Business is a year-long initiative that aims to calculate how much the effects of climate change - including damage caused to agriculture, property and infrastructure by heat waves and sea level rise - will cost America on a region-by-region and a sector-by-sector basis. Co-chairs include Michael Bloomberg, Tom Steyer and Hank Paulsen.

OO China: Beijing's Mayor Urges "All-Out Effort" To Curb Air Pollution - and walks the walk, pledging to cut coal, and creating a fund of $2+ billion to do so.

OO If You See Something, Say Something is not just a motto for national security, but for climate security as well, and applies to scientists, says climatologist Michael Mann.

People of the First Nations are leading the way in opposing Canadian Tar Sands, and are taking their fight to the courts. Credit John Isaac (United Nations) via www.firstnations.eu

OO Environmentalists 'Get Real Creative' to Combat Oil by Rail

Ceres, an award-winning organization devoted to mobilizing investor and business leadership to build a thriving, sustainable global economy, has produced a report outlining how to do so; it, or its executive summary, can be downloaded here.

OO 10 Ways To Generate $36 Trillion Of Green Investments By 2050
Leading low carbon group CERES outlines how $1 trillion a year for low carbon infrastructure can be generated.

OO Indian Microgrids Aim To Bring Millions Out Of Darkness

OO In New York, Mortgages May Be the Key to Unlocking Efficiency

OO Are The Economics And Ethics Of Fossil Fuel Divestment Aligning?

OO Elon Musk's 5 Solar Energy Insights - It's exponential, a great brand that benefits from cheap Chinese imports - and you won't hear about "peak solar" for another 5 billion years...

*****Ready to Invest Your Bucks in Solar? Check out Mosaic opportunities here!

OO Wind Energy Produced Half of Danish Electricity in December

OO Arctic Thawed-Ice Route Will Cost US Billions To Police

@@ Wetlands Up in Smoke is a youtuber that shows in graphic detail the effects of biomass harvesting on our southern forests. Screen capture by Mary Ellen Harte.

OO US Oil Boom Will Slow In 2015, Feds Forecast

OO Blown Away? Us Suspends Wind Power Subsidies, For Now

OO LA Area Fire Danger 'About As High As It Can Be,' forecaster says

A house in Shishmaref falls into the sea from coastal erosion. Courtesy of Tony Weylouanna

OO Is Fracking the Cause of Increasing Earthquake Frequency in Kansas?
First Texas, then Oklahoma, now Kansas...

OO Maine: Acidifying Waters Seem To Be Destroying Shellfish Flats with disastrous economic implications for the industry and communities.

The most comprehensive newsfeed on climate change online.
For more news on our changing climate around the world, click here.
*
*

OO 7 Countries Drive Most Of Global Warming - when including all past emissions since the Industrial Revolution., says study.

OO Australia: Scorchers: The Reality Of A Sunburnt Country

An Australian ranch. Via Wikipedia. Continued heat will bring Australia's cattle to record low levels, impacting its economy: the country is a major exporter of beef, wheat and sugar. All are expected to suffer under continued climate change.

OO Are Towns In England Being Bribed To Accept Fracking?

OO Some Fungi Found to Store Vast Amounts of Carbon in Soil - important, because it could change human understanding of what influences the storage of carbon in the natural world. Recently, another study indicated that fungi are major players in storing carbon in soil.

Frog on a bromeliad, high in the Amazon rainforest. Photo by Bejat McCracken at Mongabay.

OO 2013 was a Year of Precipitation Extremes: NOAA

OO Swiss Wildlife Heads Up The Alps To Escape Warming 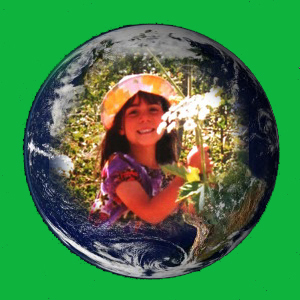 @@ Showtime Climate Change Series Travels Globe. Producers of a Showtime series on global warming, "Years of Living Dangerously," due this spring, said it was crucial to get celebrities and Republicans involved to spread the stories beyond people who already believe it's an important issue. It is to launch in April.

Screen capture by Mary Ellen Harte via Vimeo. Check out the trailer here.

!!!! Want to Save Energy & Help the Planet? Check out these helpful EPA Climate Change youtubers here! !!!!

@@ At Last, a Green Radio Show to counter the Lush Bimbaugh wasteland. Check out On the Green Front with Betsy Rosenberg at Progressive Radio Network to keep updated on climate change, and other green topics.

@@ Video: America's Dangerous Pipelines - the title says it all; compelling ....

Every day is Earth Day, folks, as I was reminded by this pair of pelicans I photographed a few months ago. Making the U.S. a global clean energy leader will ensure a heck of a lot more jobs, and a clean, safe future. If you'd like to join the increasing numbers of people who want to TELL Congress that they will vote for clean energy candidates you can do so here. It's our way of letting Congress know there's a strong clean energy voting bloc out there. For more detailed summaries of the above and other climate change items, audio podcasts and texts are freely available.

*CORRECTION: This blog previously stated the number of participants signed up for The Great March for Climate Action as over 2,000.