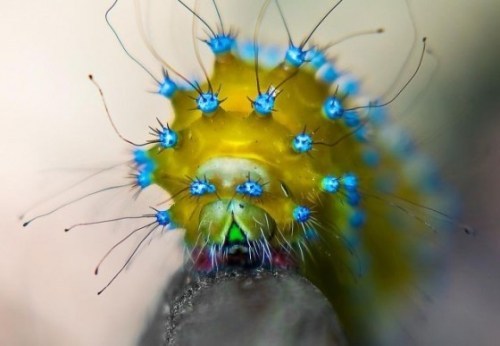 Party Caterpillar - one of many reasons forests should be preserved: crazy caterpillars! Source whyevolutionistrue.wordpress.com

A Small Reprieve for Mother and Child? Half of Borneo's orangutans have been killed by human activities over the past 60 years. A new reserve offers refuge for some survivors. Source WWF 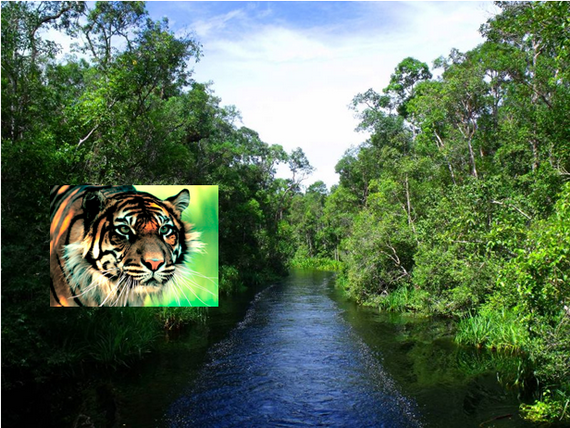 Tiger, Tiger, Burning Bright... and brighter, as companies plan to restore some Sumatran peat forests, important for storing carbon and conserving the endangered Sumatran tiger and other endangered wildlife. 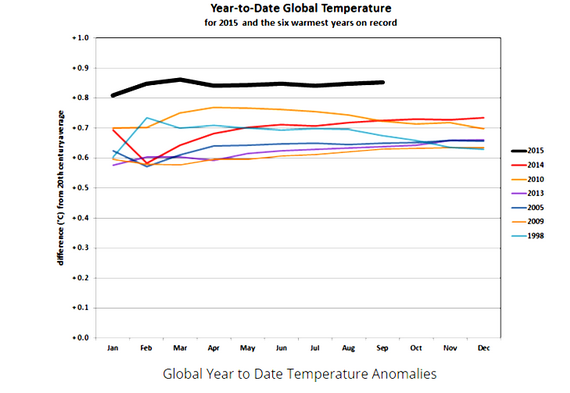 Just How Much Hotter Was 2015? That 2015 line floating above the next hottest 5 years tells all. Source NOAA

OO 2015 Hottest Year So Far: 2016 Will Be Hotter - with global temperatures once again breaking records, says the Brish Meteorological Office.

What a Drag! As global ice melts, the new water is drawn towards the equator, where the greater water mass increases drag on the global spin. As it slows, our day becomes slightly longer. (Not drawn to scale).

OO Small, But Profound Effect:
Global Warming Is Literally Making Your Day Longer - Ice melts. The new water increases the ocean mass and the drag that mass exerts on rotational spin, slowing it and lengthening the day, researchers have now shown. 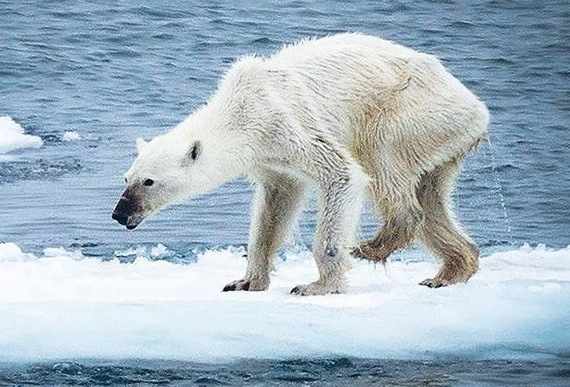 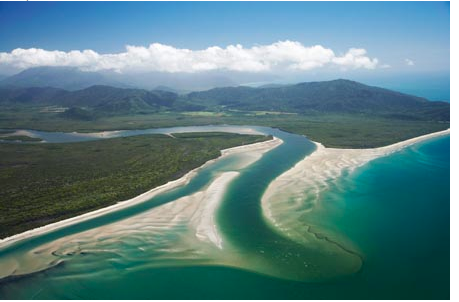 Ancient Groundwater Adding To Rising Seas - as it is pumped up, used, and then via evaporation or runoff, makes its way to the oceans. It takes several millennia for water to replenish the aquifers.

OO Groundwater Depletion Adding To Global Sea-Level Rise - as climate change worsens droughts, increasing amounts of water are being depleted from the world's aquifers; scientists estimate most of it ends up in the oceans. 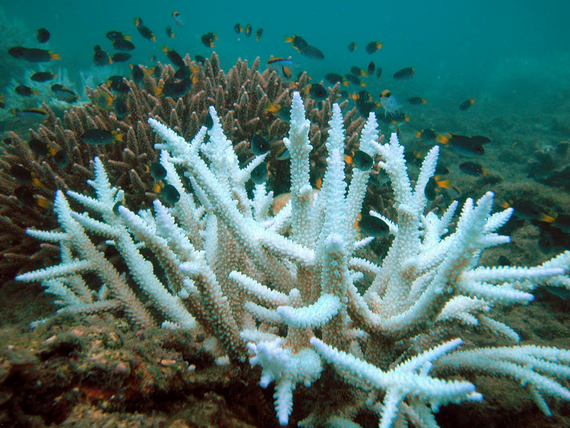 The Difference is Brown and White - notice the thriving coral, full of fish, behind the dead white one. 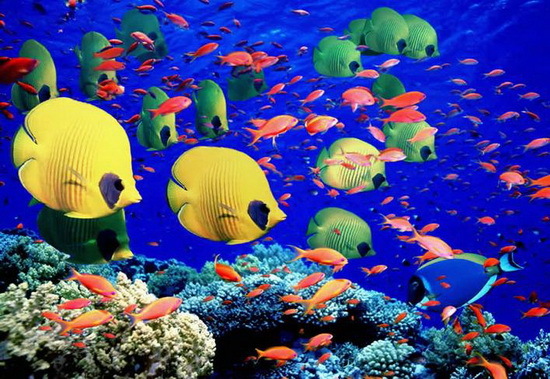 OO Climate Change Is Driving Global Decline in Fish Stocks - helped by overfishing. But higher ocean temperatures are decreasing the plankton needed by baby fish to grow up, says a new study. 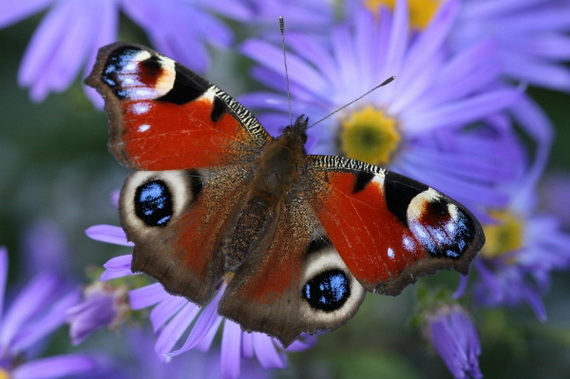 "Once There Was A Butterfly..." may be what our future children will only know of many of these beautiful creatures, such as this English Peacock Butterfly.. notice the little blue emoticons on the hind wings! Source bluebell-woods.blogspot.com

OO Three-Quarters Of The UK's Butterfly Species
Have Declined In The Last 40 Years - due largely to climate change, habitat destruction and increased use of pesticides.

Bernie Sanders, Hillary Clinton, and Martin O'Malley could all have given thoughtful, intelligent answers on how to address climate change - if they had been asked. 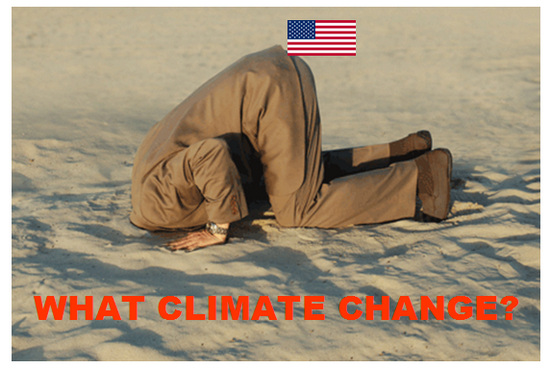 What Climate Change? What Deal? is the clueless attitude of most Republican presidential candidates. They the global perception of the US as the biggest holdout of climate change deniers.

OO Republicans On Campaign Trail Largely Ignore The Climate Deal as President Obama hailed it as "the best chance we've had to save the one planet that we've got." 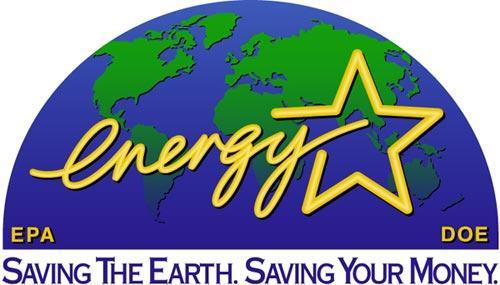 OO US Dept of Energy Finalizes Biggest Efficiency Standard Ever - More efficient furnaces and rooftop AC units could save 15 quadrillion (that's 15 zeros following the 15) BTUs of energy by 2045. 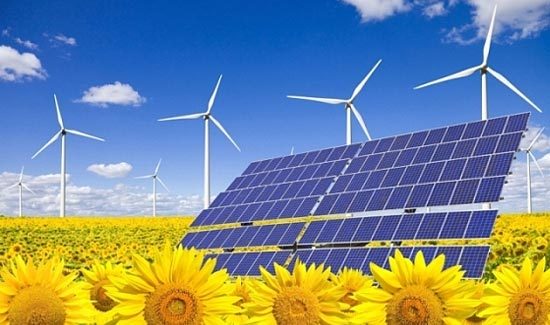 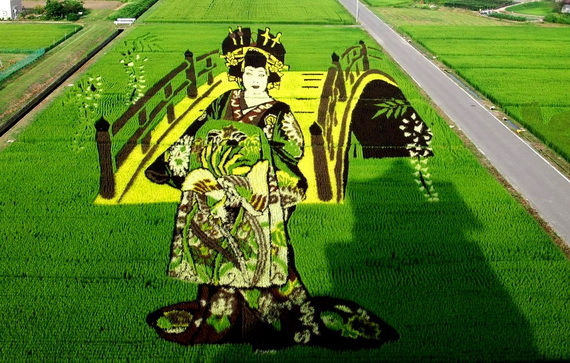 Farty Art - rice paddies (even artfully created ones such as this) are a major source of methane, a potent greenhouse gas and a smelly component of farts.

@@ The Cost of Unintended Pregnancy: Too Young

OO Community Solar Power Brings Renewable Energy 'To The Masses' - For the three-quarters of U.S. households that can't install their own rooftop solar, a powerful alternative is emerging.

OO US Solar PV Systems Kept Getting Cheaper in 2015 third quarter, with system prices down by 2-18% year-over-year. 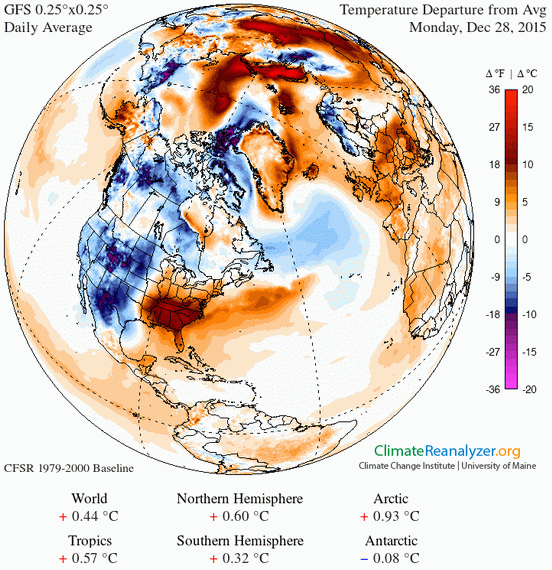 Looking above at recent temperature anomalies, much of the US is cold, but with a bipolar effect between frigid Texas and the tropical southeast. Waters surrounding the US are experiencing warmer than normal temperatures: the eastern Pacific warm spot continues to prevent much rain from reaching California, the fruit and vegetable basket of the US, sending it into further drought.

Every day is Earth Day, folks, as I was reminded by this everlasting wild protea flower I photographed one spring in Chile. Making the U.S. a global clean energy leader will ensure a heck of a lot more jobs, and a clean, safe future. If you'd like to join the increasing numbers of people who want to TELL Congress that they will vote for clean energy candidates you can do so here. It's our way of letting Congress know there's a strong clean energy voting bloc out there. For more detailed summaries of the above and other climate change items, audio podcasts and texts are freely available.

HAPPY NEW YEAR, ONE AND ALL!! 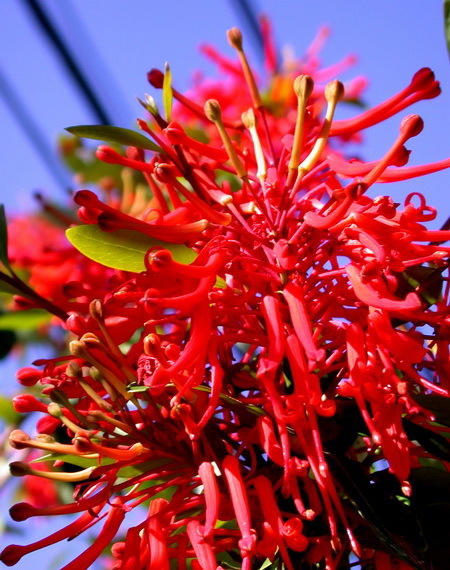