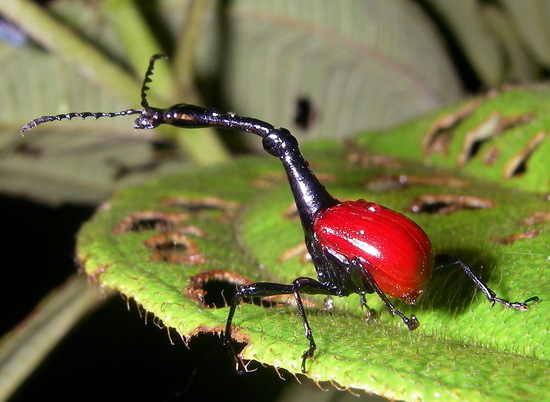 Unique Giraffe Beetle, another biodiversity wonder, is threatened as Madagascar's forests continue to be destroyed. Wikipedia

OO International Embargo On Exports
Of Precious Woods Extended - by the international regulating CITES committee, even as the country fails to enforce the current one that allows the continued destruction of dwindling, threatened forests. 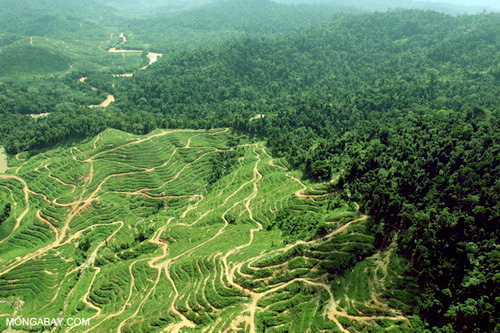 OO Global Deforestation Is Speeding Up - over 60% between 1990-2010, according to a new analysis of satellite imagery, countering a previous global UN FAO study, which looked at land use changes, not tree cover loss. Ultimately, even with the best-case slowdown scenario: 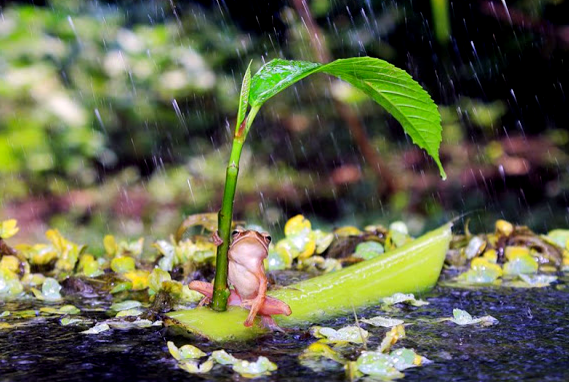 When Indonesia's Forests Go, So Do Their Frogs Credit Penkdik Palme

OO Indonesia's Forest Fires Blamed For Potent Greenhouse Gases - as well as health hazards and deaths caused by the pollution.

Forests are far better than plantations at:

Cap For Cut? California's cap-and-trade system, promoted as a model for reducing greenhouse gas emissions worldwide, allows timber companies to clear-cut the state's forests. It's unclear whether the trade-off is worth it.

OO Cap And Clear-Cut In California 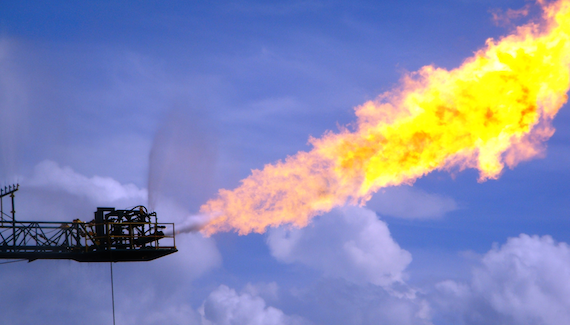 The biggest single methane leak in the US is, so far, unstoppable.

Boston: 1,000+ Leaks of Methane, a VERY potent greenhouse gas, from fossil fuel operations may be far higher in the US than thought, as this map shows. That makes it far dirtier than coal as a contributor to climate change. Source www.skepticalscience.com

Methane production is a climate - and thus economic - loser:

"...in terms of environmental impact [of the Aliso Valley methane leak] on the daily lives of thousands of people and cost, we're talking about many, many, many billions, perhaps hundreds of billions of dollars when all is said and done here."

OO Natural Gas Likely Overtook Coal As Top US Power Source In 2015 - according to analysts. 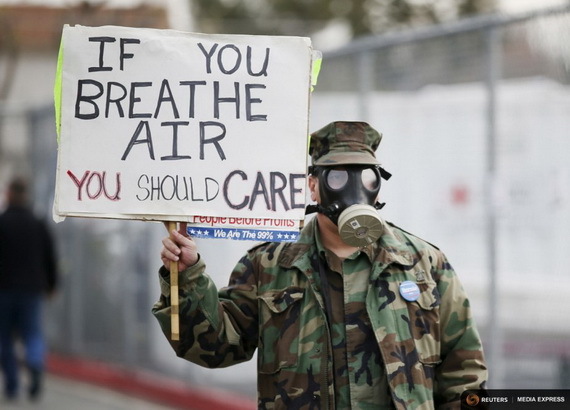 OO Hundreds of Other US Gas-Storage Sites Risk
A Methane Leak Like California's say a growing number of environmentalists, engineers and industry watchdogs. Over 400 underground natural-gas storage sites are spread across 31 states, and, like Aliso Canyon, decades-old equipment is deteriorating at many of them.

@@ How The World Went From 170 Million People To 7.3 Billion,
In One Map - an important factor in climate change: unusustainable growth. 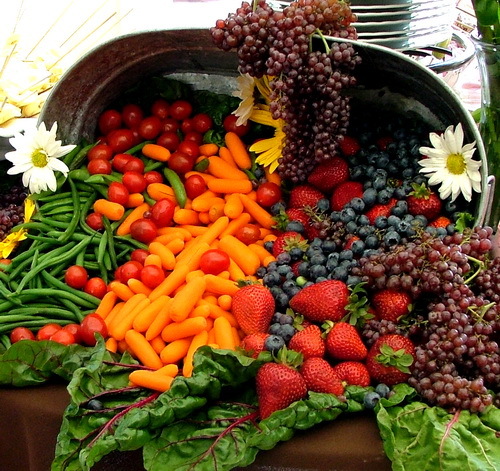 OO Climate Change Raises A Troubling Question: Who Gets To Eat? Global warming's threat to the global food supply gets worse the more the world warms, researchers tell federal regulators. 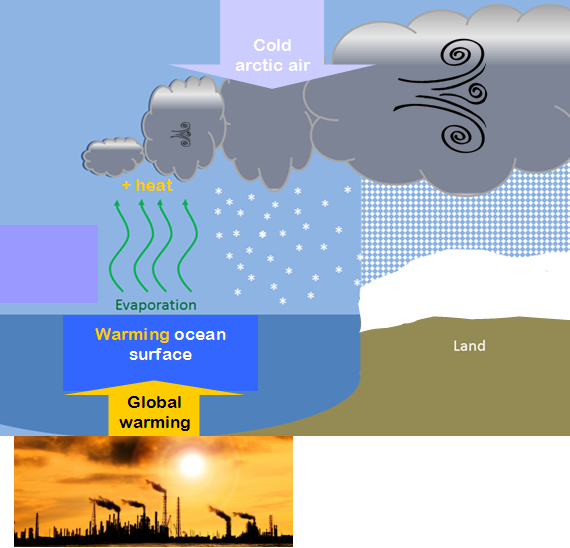 OO What's Powering This Epic Blizzard On The East Coast

OO Atlantic, Caribbean Storms To Be More Destructive
As Ocean Temperatures Rise: Study and will grow more than twice as powerful and damaging. 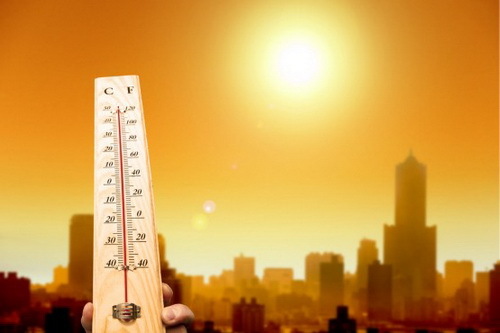 As Heat Rises, So Do Deaths from heat exhaustion. Source Climate Progress

OO 2015 Was Officially The Warmest Year.
2016 Will Likely Be Hotter. Why shattering temperature records is our new normal. .

OO Give It Up, Deniers!
Global Warming is Here

OO 2015 'Smashed' The Global Heat Record
It Wasn't Even Close. Making it the hottest year since records started in 1880.

OO 2015 Was Hottest Year in Recorded History -- a burst of heat that has continued into the new year and is roiling weather patterns all over the world.

ACT: Tell the Presidential Hopefuls to Act on Climate Change here
http://act.climatetruth.org/sign/candidates_act_on_climate/?t=3&akid=2064.1188.6LzD5K
via the good folks at Climate Truth 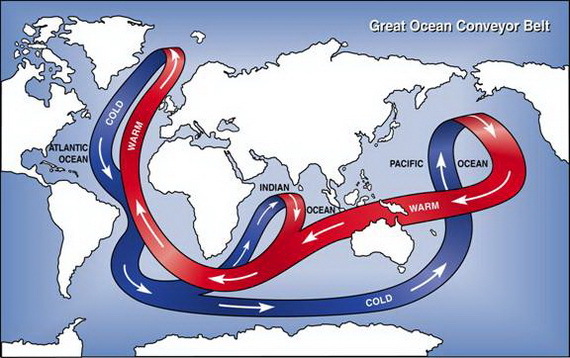 The Greatest Absorbers of Manmade Heat on Earth are the oceans, with vast conveyor belts of currents that redistribute that heat. As deep oceans heat up, though, the oceans will stop absorbing atmospheric heat, greatly speeding up atmospheric warming.

OO We're In Hot Water:
Oceans Are Heating Up Much Faster than thought, with the deep ocean absorbing as much heat since 1997 - 2 decades - as it did in the previous 100 years, researchers found.

How Much Heat? Enough to equal a Hiroshima style bomb being exploded every second for 75 straight years, the Associated Press reports.

The Big Danger - as the depths heat up, the oceans will stop absorbing most of the trapped heat from burning fossil fuels - speeding up global warming far faster than now. 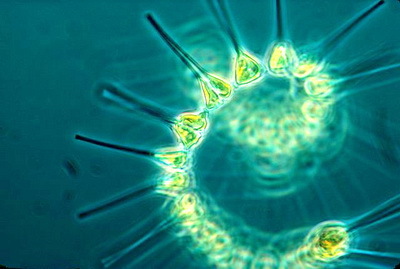 When These Go, So Will Our Fish and Seafood - phytoplankton form the vital base of the food chain that supports almost all sea life - and they're dying as oceans warm.

OO Warmer Indian Ocean Could Be 'Ecological Desert',
Scientists Warn - over the past 60 years, rising water temperatures appear to have been reducing the amount of phytoplankton - microscopic plants at the base of the ocean food chain - available as food for fish, according to research released in December.

OO Greenland: Cloud Blanket Warms Up Melting Icecap at night, preventing meltwater from refreezing, says a new study; the effect is estimated to be responsnble for up to 30% of the melting, which is contributing to sea level rise.

OO Bolivia: Climate Change, Mismanagement Kills No. 2 Lake - as source glaciers melt away, and upstream mining activities further starve it. Recovery may no longer be possible. 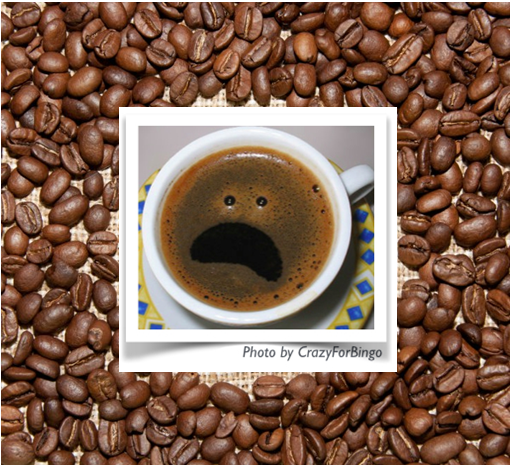 OO Climate Change Threatening Coffee production, both in the medium and long term, said a coffee CEO at a yearly global economic meeting in Davos, Switzerland. 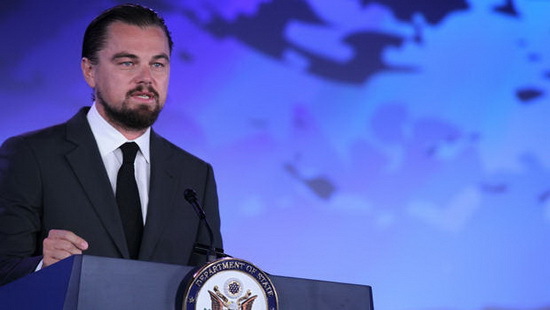 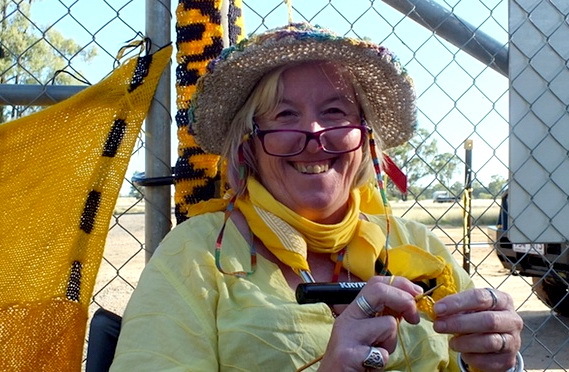 Aussie Nannies Protest Natural Gas Operation, locking themselves to the gates of the facility to protest the 'destructive industry'.

OO US Tribes Oppose Massive Pipeline Expansion In Canada saying it will put the fishing rights and cultural heritage of U.S. tribes at risk.

@@ Ted Cruz's Climate Cluelessness:
Relies on Faulty Data - satellite data, which most climate research scientists recognize as the worst source of temperature data, not the best, as climate change denier Cruz says. This video explains why. Cruz would rather believe convenient fantasy rather than an inconvenient truth.

OO Ted Cruz Misstates Science Of Climate Change - here are some of the GOP presidential candidate's claims and how they compare with the facts. 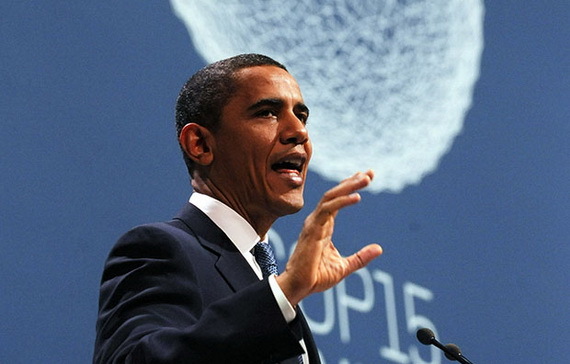 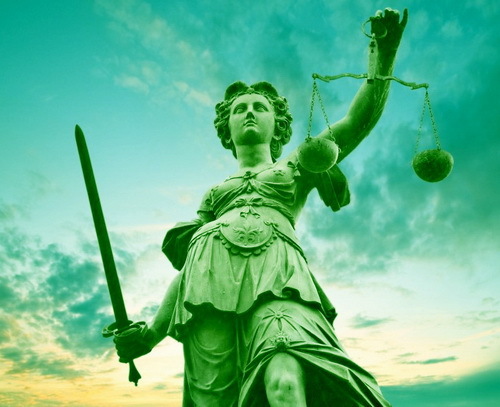 OO US Supreme Court Rules:
Rooftop Solar Producers, Consumer, 1; Utilities, 0 - a recent court ruling gave more equality to individual clean energy producers in getting a fair price for extra energy sold back to the utility - which will also help lower costs for all.

"It will have a tremendous impact on consumers to control their energy cost and provide a service to the wholesale market," said a Federal Energy Regulattory Commission official.

OO Why Solar And Wind Thrive Despite Cheap Oil And Gas 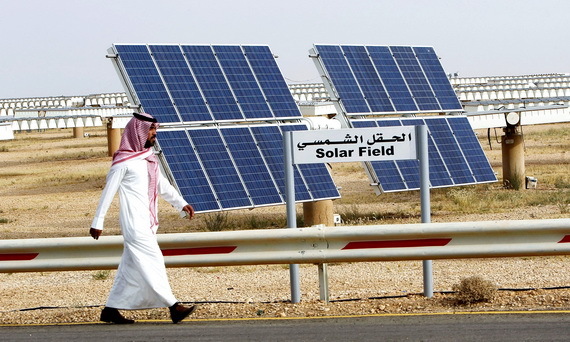 Going Green Makes Green in the Mideast Source The Guardian

OO China's Coal-Burning In Significant Decline, Figures Show if China is being honest this time, signalling a major turnaround for the world's biggest polluter. 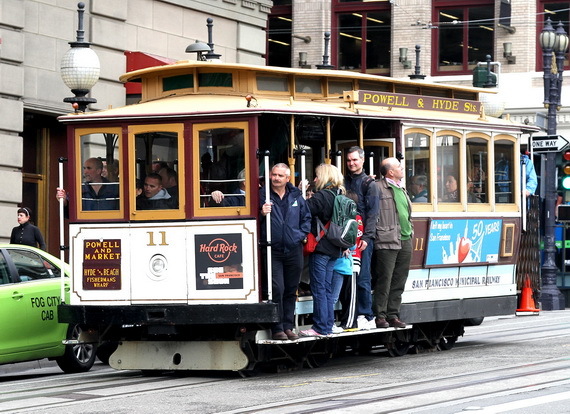 OO How Cities Are Getting People to Ditch Their Cars - one way is to ease fare purchase through cash-free transactions. Another is to foster brainstorming among city and transport experts through webinars and other forms of meetups.

OO Turning Industrial Systems Into Fast-Acting Grid Batteries:
Hot Asphalt Tanks, For Example - which can replace power plants and supply energy faster. Anything that stores energy can be used, like supermarket refrigerators or water pumps. These are the new grid assets. 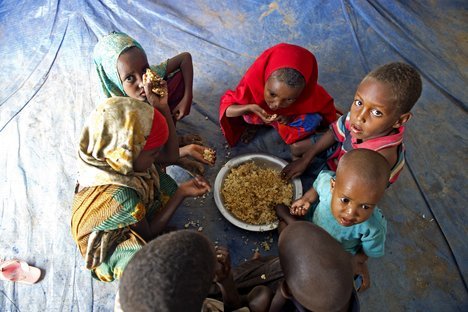 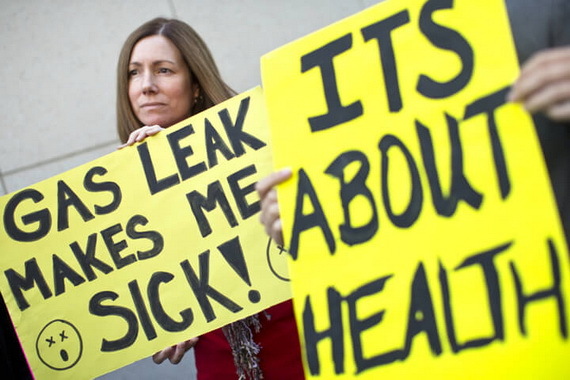 Not Just People Are Suffering but pets, too. Source www.laprogressive.com

OO Porter Ranch Gas Leak Is Affecting Pets Too, Owners Fear - as unexpected ailments and behaviors appear among them. 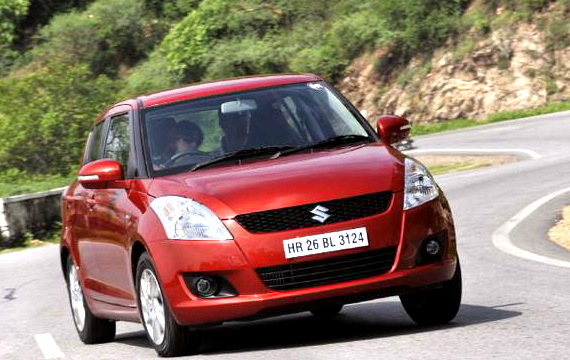 OO Emissions Scandal: Almost All Diesel Cars Break Official Limits
When Driven On The Road and are in the hands of motorists, testing reveals. Europe and India are big diesel users.

OO Pakistan Turns To Coal To Keep Factories Running to tackle chronic energy shortages. Bad news for them and us. 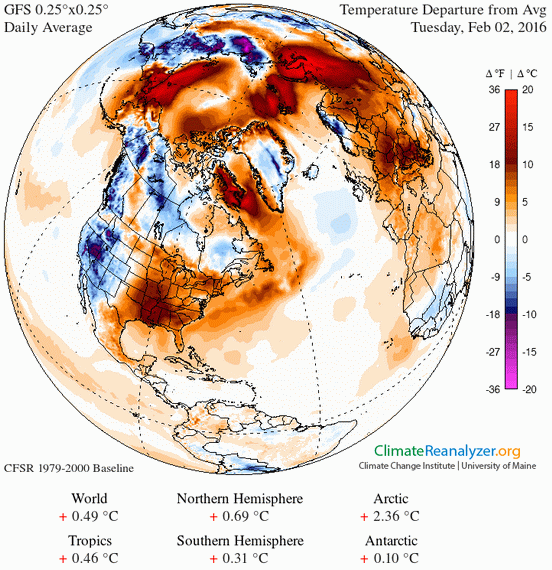 Looking above at recent temperature anomalies, much of the US and the waters surrounding it are experiencing warmer than normal temperatures: despite recent El Nino driven rains California's drought continues. A combination of climate change factors helped create an unusually large destructive snowstorm on the east coast recently.

Every day is Earth Day, folks, as I was reminded by this wild flower I photographed one spring in South Africa. Making the U.S. a global clean energy leader will ensure a heck of a lot more jobs, and a clean, safe future. If you'd like to join the increasing numbers of people who want to TELL Congress that they will vote for clean energy candidates you can do so here. It's our way of letting Congress know there's a strong clean energy voting bloc out there. For more detailed summaries of the above and other climate change items, audio podcasts and texts are freely available. 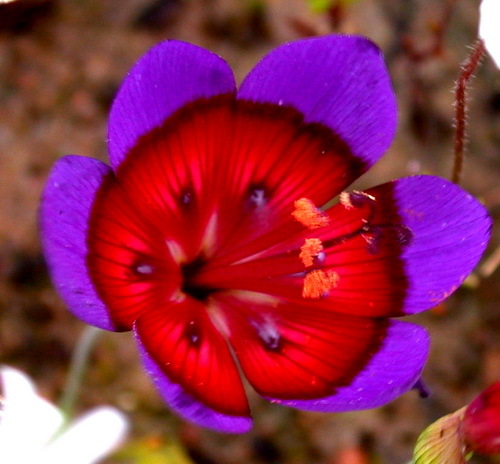