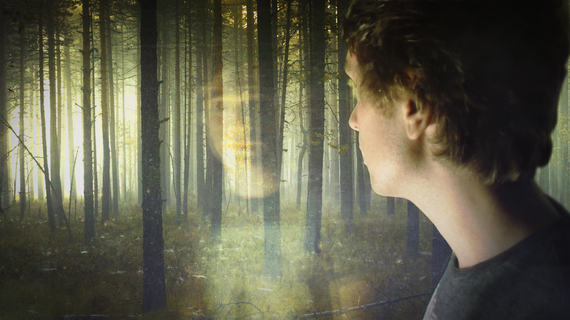 We look upon this world through glass - it is like we are observing devastating climatic changes on another planet.

Attempts to communicate the science of climate change in order to promote awareness and stimulate action have had unexpected consequences.

By educating about concepts such as the greenhouse effect, solar radiation, ice cap albedo, positive climate feedbacks, thermal expansion of sea water and so on we have academicised climate change.

The public communication of climate change has been so heavily based within science that we have now come to a strange place indeed. We are able to look at changes occurring to the Earth in a completely objective way.

When I first started communicating climate change with Defra in 2005 if you showed someone a picture of an iceberg the size of Manhattan breaking off Antarctica they would react with shock and awe. Now after years of climate change headlines and education the response would be much more flaccid.

We have managed to exclude climate change from our everyday lives by regarding it as a deeply scientific concept. Climate change conversations are seen as the territory of professors and the public are wary of raising climate discussions in everyday life for fear of being shot down by 'that know-it-all person' who has memorized the statistics from the most recent climate change report.

This objectification of climate change has added to the dichotomy between environment and society. It is one more example of how we view ourselves and our modern lifestyles as distant from the natural world. We need to wake up to the realization that we are intimately connected to the world around us in order to tackle climate change.

A mindset that perpetuates this environment-society dichotomy enforces technical solutions to natural problems. This Confucian view of climate change would have us engineer ourselves out of climate change problems. Such a mindset encourages society to accept ever greater risks by pitting ourselves against nature; such as building higher and higher flood walls to combat storm surges. This unsustainable practice will eventually fail -- we need a response to climate change much more in sync with the natural world. To do this we have first break the glass surrounding this scientific climate change illusion.

We must accept the dramatic changes happening to the natural world and ground these climate realities into everyday life. Climate change is not an abstract and scientific concept -- it is real and it is personal.