With at least 10 tornadoes ripping through North Texas in one night this week — leveling neighborhoods, killing six and injuring dozens — it might be tempting to call the twisters yet another instance of climate-fueled weather. But not so fast.

While most climate scientists agree that global warming is driving record heat waves, widespread drought, heavy rain and floods, intense hurricanes, and even monster snowstorms, tornadoes — at least for now — are a different story.

"With tornadoes, what we don't know is as much as what we do know,'' said Michael Wehner, a scientist at the Lawrence Berkeley National Laboratory.

Global warming is making wet places wetter and dry places drier, and creating moisture-laden air that fuels hurricanes and snowstorms, making them much worse than they otherwise would be in a climate unchanged by human behaviors. [The New Normal: Deluge]

But we can't necessarily say the same about tornadoes, at least not yet. The tornado connection to global warming is tenuous, and for several reasons. Chief among them is the fact that climate change apparently affects the two major factors influencing tornadoes — energy and wind shear — in completely opposite ways.

As the planet warms, "the energy goes up, and the shear goes down,'' said Harold Brooks, a scientist with the National Oceanic and Atmospheric Administration's (NOAA) National Severe Storms Laboratory. "Thus, we have one ingredient expected to become more favorable and another expected to become less favorable.''

Furthermore, the enormous natural variability in tornadoes makes it difficult to sort out any viable climate trends. Also, what seems like an increase in excessive violent tornado activity in recent years may in fact be the result of other factors. [The Top 5 Deadliest Tornado Years in U.S. History]

"Tornadoes are small, and the observational record shows increases that are simply due to more people in more places seeing them,'' said Kevin Trenberth, distinguished senior scientist in the climate analysis section at the National Center for Atmospheric Research (NCAR).

There also is a dearth of information about what happens to tornadoes over time. Tornado reporting and record-keeping practices have been fraught with problems. "Our database for evaluating long-term changes in tornadoes is pretty awful, so we really don't know how tornadoes might be changing,'' said Jeff Masters, director of meteorology for the Weather Underground.

Brooks agreed. "Tornado data collection has never been intended as a climate data set,'' he said. "Large changes have taken place in reporting procedures that make interpretation of the past very difficult.''

Tornadoes can be terrifying and destructive, causing about 70 deaths and 1,500 injuries in the United States annually, according to NOAA. The strongest ones feature rotating winds of more than 250 miles per hour; they can be as wide as 1 mile and stay on the ground for distances as far as 50 miles. The year 2011 brought an onslaught of vicious tornadoes, including a catastrophic twister that struck Joplin, Mo., in May, killing 161 people and destroying a third of the city.

They can happen anywhere there is enough moist air at low levels, cold dry air aloft and strong vertical wind shear. "Tornadoes are spawned in particular environments that occur more in the United States than anywhere else,'' Trenberth said. "It relates to the Rockies running north-south and the Gulf of Mexico being where it is. "Tornadoes are small in scale and not modeled in global models,'' he added, explaining why it is so difficult to link them to climate change. "Meteorologists can find two storms that look almost identical and in similar environments, and one spawns a tornado and one doesn't, so there is a large element of chance, evidently.''

Tornadoes are further complicated by the fact that certain small-scale processes — friction at the ground, and where and how much rain evaporates within the parent thunderstorm — also are critical. "Those are beyond our large-scale observational capabilities or predictions,'' Brooks said. [Team Tornado: Chasing Twisters for Science]

No one knows whether tornadoes have increased in number or intensity, since the aforementioned changes in reporting practices "make the intensity question harder to answer,'' Brooks said, adding, "If you take the dataset of reports at face value, it appears intensity has decreased over the years, but there are a number of things that have led to lower ratings for the strongest tornadoes.''

There always have been strong tornadoes, but the intensity picture has become further muddled because "warnings are so much better now and houses are constructed better," Trenberth said.

Most climate scientists believe that clearer answers will be forthcoming with better climate modeling tools — and patience.

"Better understanding of the relationships between the large-scale environments and tornadoes would help, but the big thing is waiting long enough to get better trend estimates,'' Brooks said.

Wehner agreed. "We need bigger computers, and better models,'' he said. "But what we really need is time. We don't yet have an answer. But, that doesn't mean we aren't thinking about it.''

The views expressed are those of the author and do not necessarily reflect the views of the publisher. This article was originally published on LiveScience.com . 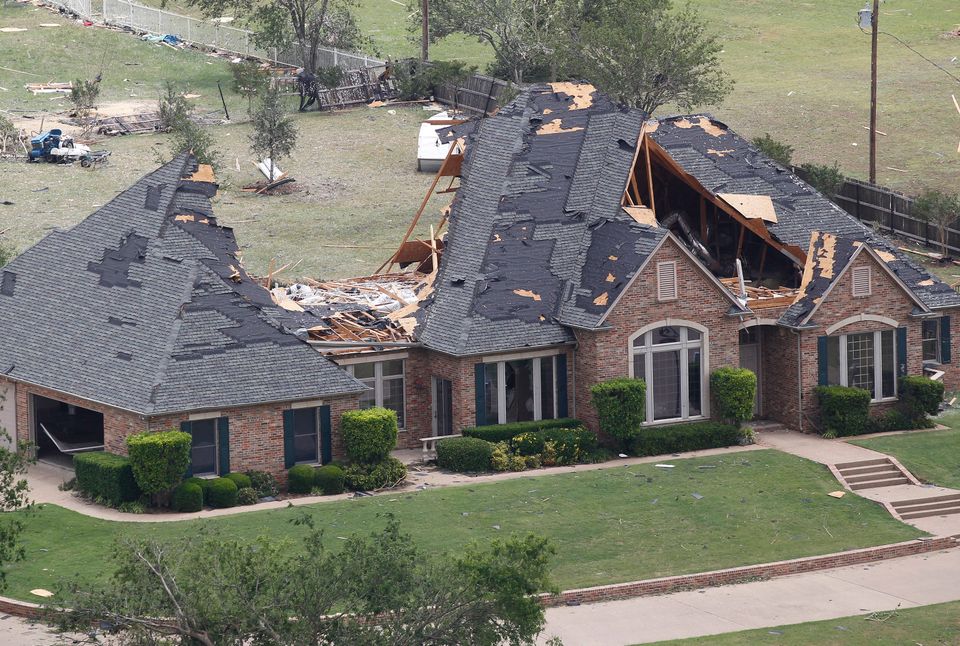