Amid growing concerns that climate change may be negatively impacting agriculture and food industry operations worldwide, a new study suggests that the winemaking industry as we known it may soon be forever altered.

Rising temperatures and changes in rainfall are already rendering traditional grape-growing regions in the Mediterranean, such as areas in southern France and Tuscany, Italy, less suitable for producing quality crops, according to the study, published Monday in Proceedings of the National Academies of Sciences.

"The numbers that came back were so mind-boggling," said Dr. Lee Hannah, lead author of the study, which was conducted by Conservation International and the Environmental Defense Fund.

The study predicts that by 2050, areas suitable for grape cultivation will decrease between 25 and 73 percent in major wine-producing regions. Some wineries may be forced to move to higher elevations, which could have negative environmental consequences for native wildlife. Those that stay put may resort to using irrigation techniques to maintain production levels, which the study's authors worry may have problematic consequences for freshwater conservation.

Wines from traditional regions may also be more difficult to find in coming years. "It's going to become more expensive to grow wine in those regions," Hannah said.

Wine is very susceptible to changes in climate and temperature, Hannah said, because climate changes affect terroir, or the environmental conditions in which grapes are grown. This in turn influences the taste of wine.

On the flip side, some areas are experiencing better conditions for making wine. In New Jersey, winemakers shocked industry professionals last year at a storied tasting dubbed the "Judgment of Princeton." There, wines from the so-called "Armpit of America" held their own against much more established and celebrated French wines.

Although that's good news for some people -- could New Jersey be home to the next Sonoma or Napa? -- the study's authors question what the shifting landscape may mean for other regions. Areas near Yellowstone National Park and the mountains of central China will become suitable for grape growth, they say, and that could be detrimental to local wildlife. Areas expected to enjoy improved terroir in China fall mainly in giant panda habitats.

Wine consumption in China has expanded exponentially in recent years. Earlier this year, The Wall Street Journal reported that sales of wine in China increased by 20 percent to about $41 billion in 2012, compared to the year before.

"Future conservation efforts for the giant panda need to incorporate consideration of viticulture as a potential land use and viticultural suitability trends in response to climate change," the study says.

But climate change itself may not present the gravest threat to wildlife.

"It's likely that the indirect impacts of the agriculture sector adapting to climate change as crops begin to move ... will be bigger on wildlife than the direct effects of climate change," said Dr. Rebecca Shaw, an author of the study who is also a senior scientist at the Environmental Defense Fund. "That, particularly in places like China, is going to have implications for wildlife."

Watch the video below by the Environmental Defense Fund to better understand how climate change is affecting winemaking operations: 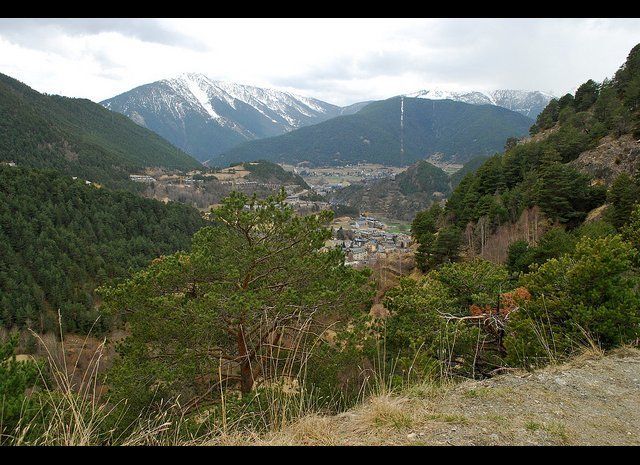