With the recent polar vortex spreading a wave of bitter cold across the Midwest and Northeast, leaving Chicago under ice and hitting New York City with record-low temperatures, millions of Americans hunkered down at home to ride out the bad weather. And the health threat of cold days may be greater than we've realized, according to a recent study published in the International Journal of Biometeorology. Contrary to previous thinking that hot weather causes more deaths, the researchers found that mortality rates may actually be higher during the winter.

Besides taking a hit on our ability to spend time outside, both in extreme and everyday cases, weather can have a real impact on our health and well-being. That effect may only become heightened in years to come. Despite the recent cold snap in the U.S., it's safe to say that global warming is still well underway. Climate change is an undeniable reality that will only contribute to rising global temperatures and a higher risk of extreme weather events in the future, which could take a toll on our mental and physical health.

Here are eight things to know about how climate and weather can affect your well-being.

Wintertime can bring you down. 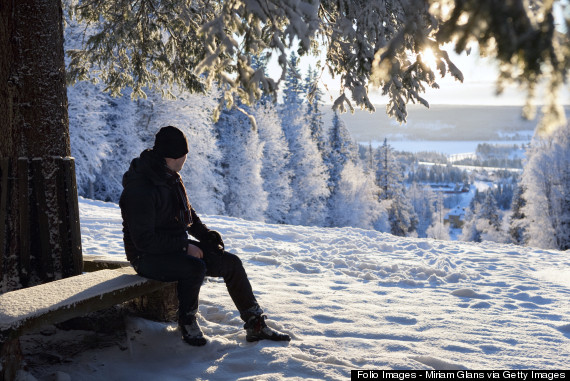 Seasonal affective disorder (SAD) is a real affliction -- though many of us joke about having it during the winter months -- and it can make living in colder climates a challenge for many people. It's thought that those who suffer from SAD may be particularly affected by the lack of light during the darker winter months -- studies have found that when SAD sufferers are exposed to light, particularly during the morning hours, they tend to feel better.

SAD is a relatively uncommon condition, but even those who don't suffer from it may experience drops in mood levels and well-being during the winter months or in colder climates. But we also might be overestimating how much the cold weather affects our mood: Some research has found that incidences of "wintertime blues" are widely exaggerated, and that most people are not affected by seasonal mood changes.

“It is clear from prior research that SAD exists,” Oregon State University psychologist David Kerr said in a press release. “But our research suggests that what we often think of as the winter blues does not affect people nearly as much as we may think.” 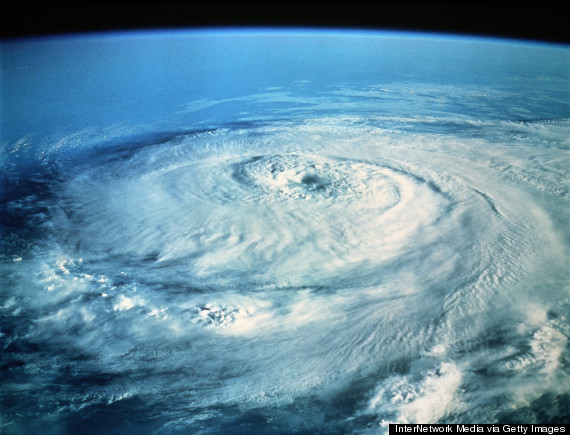 People living in high-risk areas for extreme weather events like hurricanes, tornadoes, floods and tsunamis may also be at high risk for physical and mental stress, not only because of the events themselves, but because of the recovery after the fact, The Weather Channel reported. According to a 2011 report from the National Wildlife Federation, global warming could have significant psychological and public mental health implications in the U.S. The NWF estimates that roughly 200 million Americans will be at an increased risk of psychological distress -- including stress, anxiety-related disorders, substance abuse and suicides -- because of climate-related issues.

"Many people prove remarkably resilient in the face of a disaster," wrote the authors of a 2011 report from Australian think-tank The Climate Institute. "But people’s responses to disaster are complex. With the right support, many communities can pull together and pull through ... However, for many, the dislocation and suffering caused by extreme events can linger for years, long into the ‘recovery.’"

Extreme weather can bring out our empathy.

From little things like leaving a bigger tip for the delivery guy when the weather is nasty outside to donating to homeless shelters during the coldest days of winter, the shared hardships of severe weather can serve to bring communities together and draw out people's empathy.

And in the cases of more extreme weather events and other traumatic events, one of the sole upsides may be the communal spirit and acts of kindness that emerge in the event's aftermath. Look no further than these heroes of Hurricane Sandy and stories of kindness in post-Katrina New Orleans.

"Although there’s a mentality that disasters provoke frenzied selfishness and brutal survival-of-the-fittest competition, the reality is that people coping with crises are actually quite altruistic," TIME Healthland wrote.

Day-to-day weather does affect your mood (if it's already a bad one). 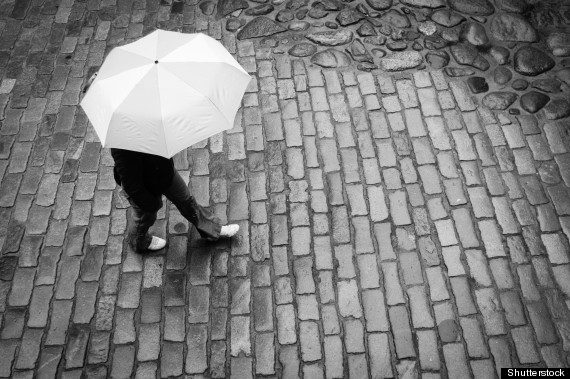 If you're in a good mood, chances are, bad weather won't bring you down too much. But if you're feeling crummy already, a cold, dreary day could easily make your mood go from bad to worse.

In a 2008 study published in the journal Emotion, researchers evaluated the personalities and moods of more than 1,200 adult men and women through daily questionnaires that were later cross-referenced with the local weather. They found that climate-related factors like temperature, sunlight, wind and precipitation had no notable impact on positive mood, but that temperature, wind and sunlight did have an effect on negative mood. Increased temperature had a mostly positive effect on negative mood, while increased wind and decreased sunlight had a mostly negative effect on negative mood, though these effects varied from one individual to another. Sunlight was also found to have an effect on how tired participants said they were. The results were somewhat inconclusive, but they do point towards the need for more future research into the mood-weather link.

Violent crime rises with the heat. 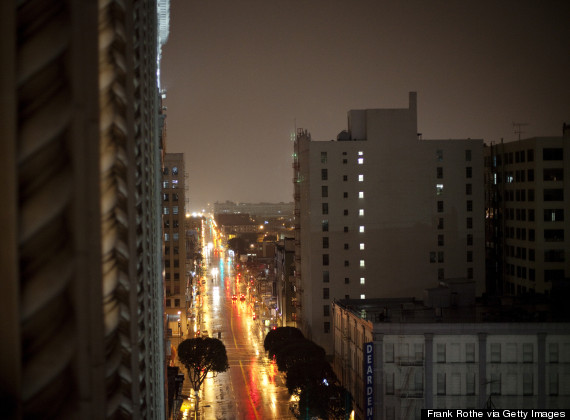 Could high temperatures be a contributing factor when it comes to acts of violence? The research suggests it could, in fact, be that climate plays a role, alongside other factors. Researchers from the University of California at Berkeley analyzed 60 previous studies on U.S. violent crime rates, historical uprisings and empire collapses, recent wars and lab simulations testing police decisions of when to shoot -- and what they found was a link between violence and heat (as well as extreme rainfall). For every standard deviation of change, occurrences of "intergroup conflict" rose by a whopping 14 percent, while instances of "interpersonal violence," which includes rape and domestic violence, increased by four percent. This is particularly disconcerting, The Scientist notes, considering that global temperature is expected to rise by at least two standard deviations by 2050.

In Chicago, violent crime (particularly murder) has been found to spike when the weather heats up in late spring. It may be that in the summertime, more people are out on the streets and the days are longer, so there is more opportunity for crime.

"Shootings go way down in winter," Charlie Ransford, a data analyst for CeaseFire, told HuffPost Chicago. "There are half or less than half [the number of shootings] than there are in the summer time. Weather does make a difference. [With a] warmer Spring, its natural to think there will be an increase in homicides and shootings."

Suicide incidences have been tied to seasonal factors. 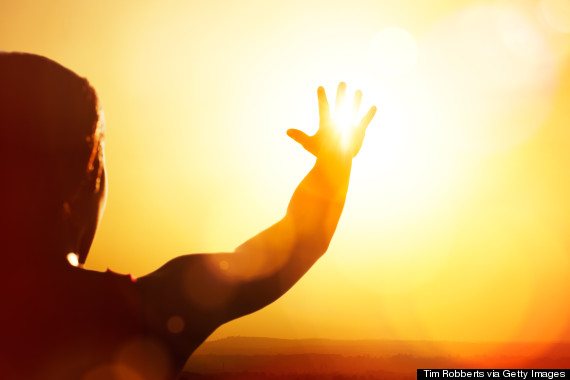 Some research has suggested that suicides are more common in the late spring and early summer months, a phenomenon which was first observed in the early 19th century, Slate reports. This spring/summer peak seems to be highest among farm and factory workers, and in developing countries with a greater number of agricultural workers, perhaps because the increased activity and social interaction after the quiet winter months causes stress and agitation.

Though some studies have contradicted this finding, other research does support the existence of a seasonal suicide peak. Studies have suggested that sunshine and higher temperatures could be related to suicidal thoughts and higher suicide rates, Slate reported, despite the general association of the colder months with sadness and isolation.

Warm climates have a lower risk of death. 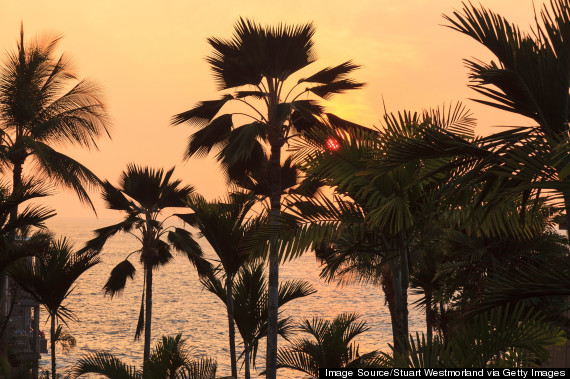 Despite the higher rates of violent crime, some research has suggested a correlation between warmer climates and lower death rates. According to death rate data from 89 counties across the U.S., collected by researchers at Stanford, warmer weather is linked with lower death rates. A German report published in the International Journal of Biometeorology also found that colder weather was associated with a higher death rate in Germany.

Still, other research has suggested that warmer global temperatures as a result of climate change would actually increase rates of disease and death. 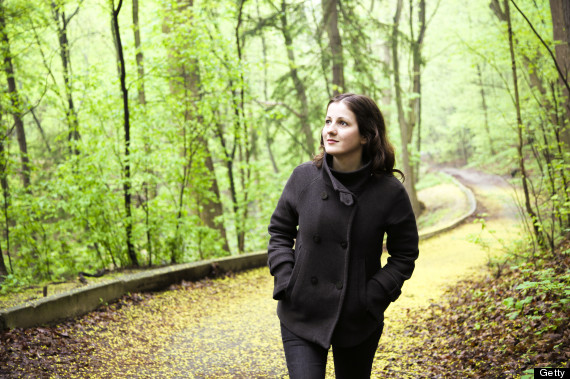 Some research has identified a link between climate and self-reported happiness levels. Warmer average temperatures in the winter and lower average temperatures in the summer seem to be correlated with increased happiness. And of course, mild winters and cooler summers make it easy to get outdoors throughout the year. In addition to facilitating physical activity, simply spending time outside has been associated with lower stress levels and increased well-being.