Not that we haven't been informed -- that's the message from an incredible year of new books on climate destabilization, dirty energy policies, bogus Big Coal campaigns and a vibrant anti-coal movement, a growing coalfield resistance and the tragedy of mountaintop removal, and the still big possibility of renewable energy sources to refresh our survival chances on the planet.

Here are some of my favorites from 2009 -- the list is by no means definitive, and I apologize to the all the great authors I have overlooked (Adam Siegel also has a great list.)

Storms of My Grandchildren: The Truth About the Coming Climate Catastrophe
and Our Last Chance to Save Humanity, by James Hansen

The world's great sage and fearless climatologist, James Hansen has played a heroic role in explaining the complexities of global warming to the US Congress, world leaders, and the American public over the past three decades. In his first book, Hansen issues a stunning clarion call for action that should be required reading by all American citizens.

Democracy of Ghosts by John Griswold

A brilliant and lyrical historical novel, Democracy of Ghost conjures the affairs behind one of the most violent labor disputes in American history -- the brutal killing of 21 scabs and coal miners at a strip mine in southern Illinois in 1921. In some ways a horrifying cautionary tale for today's mining conflicts in the coalfields, Democracy of Ghosts explores the entangled love affairs between couples caught up in the great coal mining strike that ultimately shattered a region, and turned one of the most radical communities into a social pariah. Griswold's narrative is riveting. This original novel deserves as large an audience as possible -- pass the word. 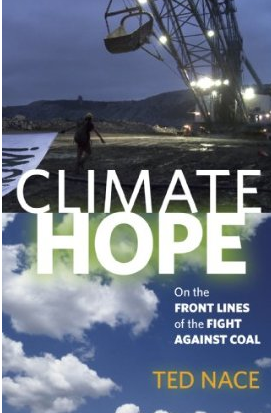 Climate Hope: On the Frontlines of the Fight Against Coal, by Ted Nace

One of the amazing brains and strategists behind the anti-coal movement, CoalSwarm director Ted Nace has written a powerful chronicle of the grassroots movements to stop the construction of coal-fired plants, and halt mountaintop removal operations in Appalachia. CoalSwarm is one of the great engines of information; Nace's book is a stunning tribute to the citizen movements afoot that will ultimately push our country to a coal free future.

As the beloved and trusted Grist correspondent on energy issues, Little has embarked on a journey to the center of the fossil fuel world. Her book is an indispensable look into the historical roots of coal and oil, and the emergence of the clean energy future. Here's her trailer:

This book is mind-blowing. If any book can change the most cold-hearted Big Coal view about the nightmare of mountaintop removal, Plundering Appalachia and its take-no-prisoners giant photos and essays would be the best shot. Produced by the Foundation for Deep Ecology, Plundering Appalachia includes a series of informative and heartfelt essays by coalfield residents and experts on this human rights and environmental disaster. 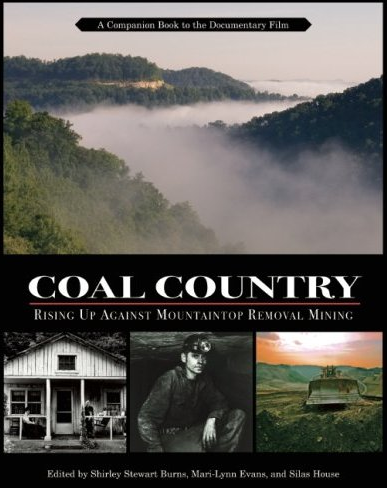 The book companion to the provocative new film documentary, Coal Country, this anthology stands as one of the most eloquent and effective collections against the practice of mountaintop removal mining in Appalachia. Published by the Sierra Club, and edited by long-time activists and writers Shirley Stewart Burns, Mari-Lynn Evans, and Silas House, this far-reaching book will remain a powerful indictment against one of our nation's most egregious dirty energy policies.

Something's Rising and We All Live Downstream

While half of the destruction of mountaintop removal has taken place in Kentucky, its horrific reality is often overlooked by the media. These two brilliant collections present the views and stories of Kentuckians on the frontlines, along with some of the best writers on the subject. Edited by Kentucky writers and activists Silas House and Jason Howard, these books are inspiring reminders of the resiliency and resistance of Appalachians in the face of brutal outside coal companies.

Down to the Wire: Confronting Climate Collapse by David Orr

One of the great scholars in the climate change and clean energy debate, Orr's new book sets out a challenging and hopeful agenda for real change in how we reshape our nation, our energy policies, and ultimately our personal lives, for the long haul battle against climate destabilization.

Truly an American original, and a stranger to fear, Mike Roselle has been a powerful force of nature for decades, and his founding activism behind Earth Firth, the Rainforest Action Network, and untold campaigns to save the wilderness in the West -- and now, his role in inspiring the civil disobedience campaigns to halt mountaintop removal in Appalachia -- are the stuff of legends. This funny and illuminating book is Roselle's testament to a good life on the frontlines of change.

Working class hero and poet Nowak gives a lyrical account of the voices of coal mining tragedies in Sago, West Virginia and China, in this breakthrough collection of poetry.

To learn more about Nowak and his excellent poetry and literary endeavors, and coal issues around the world, visit his blog here. 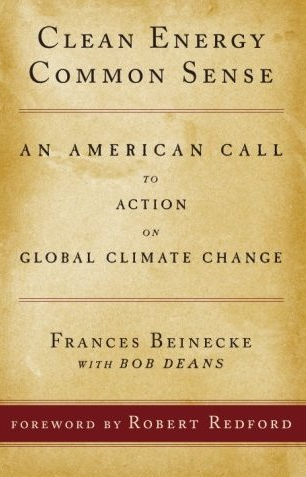 NRDC President Frances Beinecke has just released a call to action, in the tradition of Tom Paine's Common Sense.

As Grist reporter David Roberts noted, Heinberg's analysis of peak coal and the looming climate crisis is the "scariest" book in years.

And, of course, two other amazing books I have recently reviewed: 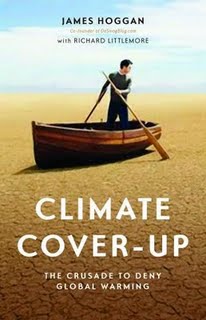 What's the Worst That Could Happen, by Greg Craven.