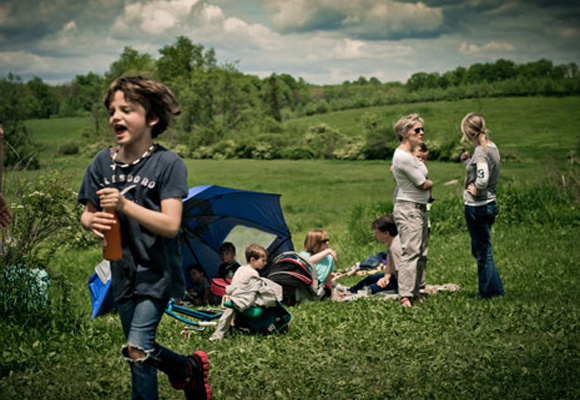 "Mothers will be the key to mitigating, adapting and slowing down the current and future problems facing us..."

As moms and dads, we dole out dangerous reality flashes to our children about hazardous situations in doses kids can comprehend. Considering all the potential risks our children face daily, it is our challenge to protect them without scaring... and scarring the living daylights out of them.

For a moment, think about some of those daily perils and what we must convey to our children to keep them safe. Way before our kids become teenagers, we lay the groundwork for the "biggies" -- drugs, sex and alcohol -- as we tiptoe into the worry danger zone...

Ultimately, by giving children these safety tools, moms and dads bolster their child's self-confidence. Why is this so important? Because someday our children will fly away from the comfort and safety of our nests (sniff, sniff), and make decisions about their own future.

So we must stay vigilant to keep our children out of harm's way. It's impossible to express our concerns about how special-interest groups are spending huge amounts of money to convince us that we do not have a pollution problem, while children around the globe are experiencing the effects of poisoned air.

We can't tell our children to stop breathing.

How do we keep our children safe from polluted air? Purely and simply, we must be relentlessly consistent and stay on message that the Clean Air Act protected us when we were children, and we need it to continue to protect our children and future generations.

Call me crazy, but when former Vice President and Nobel Laureate Al Gore talks about the environment, he makes me feel safer. Gore's message is like a reliable parent. In this role, he does not concede in the protectiveness of his message. Gore's sheer doggedness may turn off some, but for me, his persistence is like a parent standing at the threshold of harm's way.

As a parent and teacher, Gore's given me the tools to talk to children about pollution and climate change. An Inconvenient Truth brought us a strong dose of reality. In fact, it's grounded me in fighting for what I believe in -- clean air, land and water for future generations.

5 Clean Air Realities We Can Learn From Al Gore

Neither does polluted air, and pollution deniers on both sides of the political spectrum are putting our children's future at risk when they side with polluters. Here's the reality in my state:

2. "The global environment crisis is, as we say in Tennessee, real as rain, and I cannot stand the thought of leaving my children with a degraded earth and a diminished future."

As caring and informed parents, this is exactly why Moms Clean Air Force is fighting for our children's right to breathe clean fresh air.

3. "...polluters and the deniers and their ideological allies are going to attack green jobs; they're going to shift the national security argument to the exploitation of coal, tar sands, and shale...."

They already are. We keep hearing from some politicians that energy is a national security issue, or energy is a jobs issue as they chip away at our children's future. This is a well-financed disinformation and denial campaign that allows pollution rights to power companies. Let's deal with reality.

4. "... people all around the globe living with the impacts of climate change will connect the dots between recent extreme weather events -- including floods, droughts and storms -- and the man-made pollution that is changing our climate."

In the wake of the historic devastation from Superstorm Sandy, which brought climate change right into my family's backyard, combined with a hard-fought U.S. presidential campaign in which climate change was rarely mentioned, now is the time for President Obama and global leaders to give us a plan for climate change.

This week, Al Gore is hosting a live 24-hour broadcast to discuss impacts of extreme weather, and showcase solutions. The Climate Reality Project will launch 24 Hours of Reality: The Dirty Weather Report November 13th at 8pm EST. Over the course of 24 hours, millions of people will participate in an ongoing conversation broadcast live online, which will include noted climate scientists, elected leaders, business leaders, activists, celebrities, and Climate Reality Project Founder and Chairman and former Vice President Al Gore.

TELL THE PRESIDENT TO GIVE US A PLAN FOR GLOBAL WARMING