Even in the best case, the Paris climate talks will fail to reduce greenhouse gases below the level at which our world will be disastrously altered. So the New York Times Editorial Board set a no less important goal in "What the Paris Climate Meeting Must Do:"

"(foster) collective responsibility, a strong sense among countries large and small, rich and poor, that all must play a part in finding a global solution to a global problem."

While countries' emissions targets may not be enough, the climate talks may have already succeeded in fostering collective responsibility far beyond the U.N. members meeting in Paris. The fact that the talks were not cancelled after the ISIS attacks is further evidence of global resolve.

Leaders from every sphere, from the political to economic and business to media and beyond, are taking action, often expressly tied to the climate meeting. 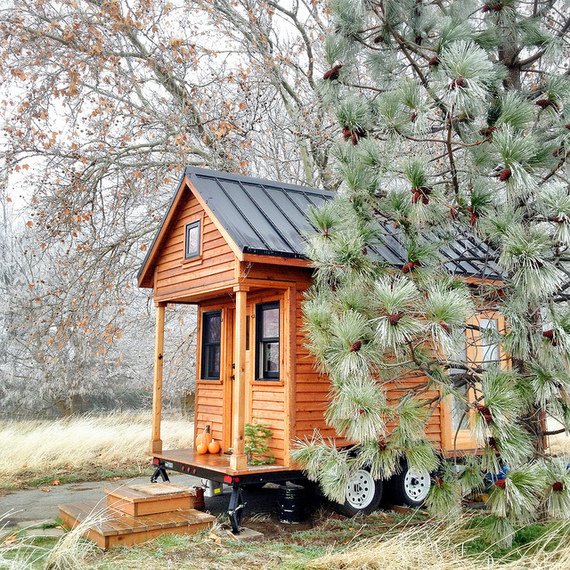 Not that countries didn't do their part. By requesting that each country submit a plan for emissions reductions ahead of the talks, U.N. organizers gave every country the opportunity to be a climate leader. Here in the U.S., the most widely reported of those announcements was September's US/China "shiny new climate deal" as Grist called it. Hoping to spur real progress in Paris, the two countries updated their historic November 2014 climate agreement with concrete pledges, including Obama's promise to reduce carbon emissions by 28 percent from 2005 levels and

"China's plans for a nationwide cap-and-trade scheme for 2017, a new $3.1 billion commitment from China to climate finance for poorer nations, and a common U.S.-China vision for December's U.N. negotiations in Paris."

Up here in the Pacific Northwest, the effect of the Paris climate talks is everywhere. In a front-page story in the Seattle Times, Microsoft announced that it has purchased a 520-acre forest as carbon credits, part of its program to offset 100 percent of carbon emissions. Microsoft used California's cap-and-trade regulatory program, pointedly adding support for Washington State Governor Inslee's Cap-and-trade program which has been stymied in Washington's Republican legislature. Inslee is stepping up to enact the legislation through an executive order. To underscore his priorities, Inslee will attend the Paris talks.

Microsoft founder Bill Gates just announced in Paris a multi-billion dollar clean energy investment fund, another act intended to "give momentum to the two-week Paris climate talks." He's donating $1 billion of his own fortune and has gained additional commitments from 28 major investors and 20 nations, including the U.S., China and India. It's the largest investment effort in history.

A lot of big money and big power is lining up for the climate, but what about fostering collective responsibility among citizens whose lifestyles will have to change in the new energy economy? As BloombergBusiness reported in October,

"Americans Have Never Been So Sure About Climate Change - Even Republicans."

Crediting the UN climate talks among other factors, writer Tom Randall cites a massive shift in Republican acknowledgement that climate change is happening, now at 59 percent, up from 47 percent just six months ago, while acknowledgement among Democrats is at 90 percent.

What was once the environmental fringe is moving to the center. Just one example: the Home and Garden Network, in general a supporter of rampant consumerism in home décor, has renewed a program called Tiny House Hunters which celebrates extreme downsizing. A smaller A&E network runs at least three tiny house programs, including Tiny House Hunting, Tiny House Nation and Tiny House World, the latter two celebrating "minimalist lifestyles."

From all the world's nations to the billionaires investing in clean energy innovation to Americans moving to tiny houses, collective responsibility for the climate is a reality. And with everyone pushing in the same direction, we might just save ourselves.