More than a thousand climate youth leaders and allies converged on Washington, DC this weekend for the largest student-led civil resistance action at the White House in a generation. They came to register their dissent against extreme fossil fuel exploitation and to demand that President Obama reject the northern leg of TransCanada's Keystone XL tar sands pipeline.

The scene outside the White House on Sunday was remarkable. After marching through the streets, the students rallied at Lafayette Square, chanting: "Obama, come out! We've got some shit to talk about!" and "The people are rising! No more compromising!" A short while later, in a sudden burst of energy, a sea of bodies surged toward the White House to occupy the fence, while others fell to the ground, victims of a mock tar sands oil spill. All did it knowing they would be arrested. 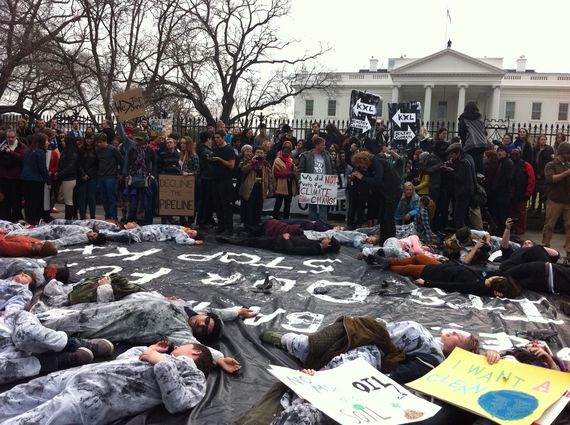 Student leaders from nearly 50 universities and colleges from across the country signed the #XLDISSENT call to action, which calls "into question" President Obama's "willingness to govern in an environmentally responsible manner." Their statement goes on to say:

President Obama has indeed made several responsible choices, such as increasing the mileage standards for cars. But he has also made some disastrous ones. He opened vast swaths of Western lands for coal mining, repeatedly endorsed an "all-of-the-above" energy approach, and even supported the Southern leg of the Keystone pipeline. 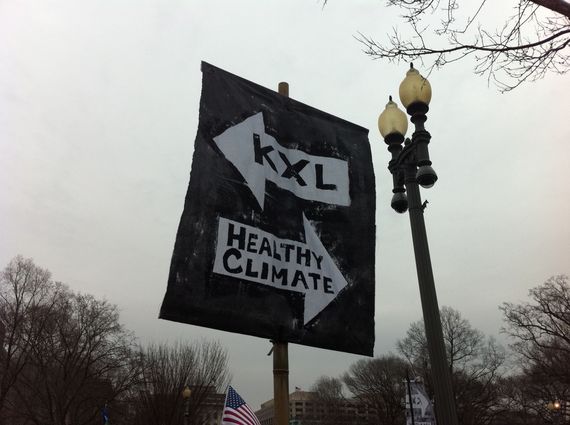 I suspect many students who participated in this action share my sense of betrayal over President Obama's 2012 fast-track approval of Keystone XL's southern leg (which has 70% of the capacity to transport tar sands as Keystone XL's northern leg). By calling out the president on this gross injustice, they are reminding everyone that with Obama's ownership of Keystone South comes responsibility for any tar sands spills that occur in Texas and Oklahoma, and for toxic emissions breathed by families living in fenceline communities near tar sands refineries in Houston and Port Arthur. 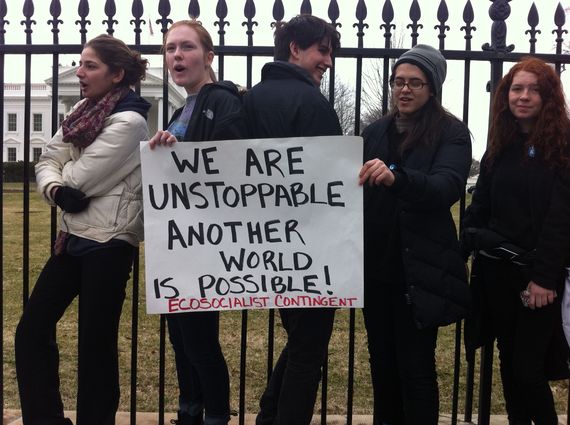 Time is slipping away for President Obama to salvage his tattered environmental legacy. He can start by denouncing Keystone North, jettisoning his "all-of-the-above" energy policy, and producing a new climate action plan that has a real chance of averting climate chaos.

In solidarity, I share this video of an emergency direct action several of us organized at the White House on Martin Luther King, Jr.'s 85th birthday in January. Inspired by what Dr. King called "the fierce urgency of now," it was a last-ditch effort to try to prevent Keystone South from starting up:

Action by action, we are building what Dr. King called "the beloved community." Future generations will honor these young climate justice leaders who sacrificed their freedom to demand an end to these immoral assaults on our collective future. Call it civil resistance to ensure our civil existence.