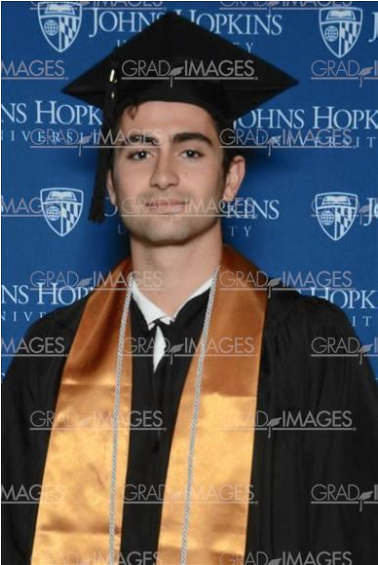 I feel alone on the football field of my team's biggest rivals. Yes, it is just me, the only player on the field against the other team of eleven. They all run for me and the only line of defense is myself.

I get that feeling in many of my classes at Dalton. I am a rare libertarian amidst extremely liberal teachers and students. My economics teacher called on me to speak recently and, before my mouth opened, I felt the vicious glares of my classmates beam towards me as if I committed blasphemy. "I think trickle-down economics work," I said. The stares grow into eighteen shouting voices: "How can you say that?" and "You're wrong!" My resistance to censor myself forms my persona as a strong risk-taker and defines my independence. Yet speaking my truth comes at the cost of some peers ostracizing me. However, taking risks prepares me for my dream to become an entrepreneur. The people in my life always warn me that the majority of startups fail, but I do not fear failure or risks.

Perhaps it all starts with living in a city with millions of opinions surrounding me. Everyday people attempt, in a New York manner, to push me to adopt their beliefs, whether they beg me to occupy Wall Street or argue that JG Melon's makes the best burgers in the city or that the Yankees define the best in baseball. I happen to, dangerously, be a Mets fan.

In baseball, football, wrestling and snowboarding, some of my risks have produced consequences: three broken hands, two broken wrists, a torn right shoulder labrum, elbow tendinitis, a forearm stress fracture, shattered left elbow, a concussion, traction apophysitis, planter faciitis, shattered finger joint, two dislocated shoulders and two broken pinkies. Not bad for a seventeen-year-old, right? Through all the trauma I experienced, I had a smile knowing I had taken a risk doing something I loved. After all, if I survive physical therapy three times, I can make it through disagreements with my friends and teachers.

The test of this confidence came two summers ago. My friend's dad invited me to climb Mt. Rainer. He warned that I needed to train extremely hard during the two months prior to the climb in order to prepare my body and mind. I kept telling myself that I would regret it for the rest of my life if I did not take this risk. The idea of not taking advantage of every opportunity was more frightening than actually climbing the mountain. I was galvanized. I began to eat healthier and I decided to never drink soda again. During baseball camp, I woke up every day before everyone else to work out prior to the day's activities. In Italy, I ran along the coast on narrow roads every night as strange looking cars zoomed by. With my dogs by my side, I sprinted up and down the rolling hills engulfed in the backwoods of our summer house. During these moments, I reflected on my mission to succeed by standing out on the field and in the classroom; risk was my vehicle.

I faced the first big test on a clear morning in late August. Our plane glided past the snow-capped monster and into Seattle. Qualms arose, as my pen scratched the release form. During training, we learned potentially life-saving techniques, and I quickly realized other people were going to depend on me. I was responsible not just for my own life, but also the lives of seven others tied to my rope. The second day we climbed 10,000 feet and made camp. Lying in my sleeping bag, the sounds of howling winds and falling rocks kept me awake and pushed my nerves to thoughts of quitting. At 1:00 AM, we started the climb. At many moments, I wished to turn around and head back with the 20 out of 30 climbers who decided the trek was too much. At 11,000, then 12,000, then 13,000, my mind kept telling my body that we could do this. If I were to fail, I would regret it for the rest of my life. As I trudged the last few hundred feet, the pain withered. When we reached the summit the satisfaction and joy I felt was indescribable as I saw both the space needle and the Pacific Ocean. Since that climb, I am in constant search of that feeling of achievement. My hunger for success has grown. I constantly crave the sensation I experienced in that last step to reach the top.

Dexter Zimet graduated from Johns Hopkins University last week and is a 2012 graduate of The Dalton School in New York.