Clint Dempsey thought his nose was broken. Nobody who saw the bloodied visage of the U.S. striker after he got kicked in the head during a World Cup grudge match with Ghana seemed to disagree.

On a night for the U.S. Soccer in which joy and pain competed for supremacy, Dempsey experienced plenty of both. The 31-year-old forward got the United States off to a dream start at the 2014 World Cup by scoring in the 29th second of the match, the fifth-fastest goal in World Cup history. In the 31st minute, things -- notably, his nose -- took a turn for the worse. Rising to try to head the ball, Dempsey was struck in the face by a high swing of the leg from Ghana's John Boye.

.@clint_dempsey said he thinks he has a broken nose. This is why » http://t.co/sf2ZcVsSZ9

Bleeding and seemingly dazed, Dempsey went down. But he didn't stay there. Back in action a short while later, Dempsey finished out the remainder of the match. He was in the penalty area in the 86th minute when reserve defender John Brooks delivered a tie-breaking goal that sent the U.S. to a thrilling 2-1 win over its World Cup rival at Estadio das Dunas in Natal on Monday.

"I think it is broken," Dempsey said after the dramatic conclusion, reported Yahoo Sports. "I was having trouble breathing and I was coughing up blood a little bit. I felt fine and I kept going. I did feel tired, but hopefully I will be able to start breathing through my nose again and look forward to the next game." 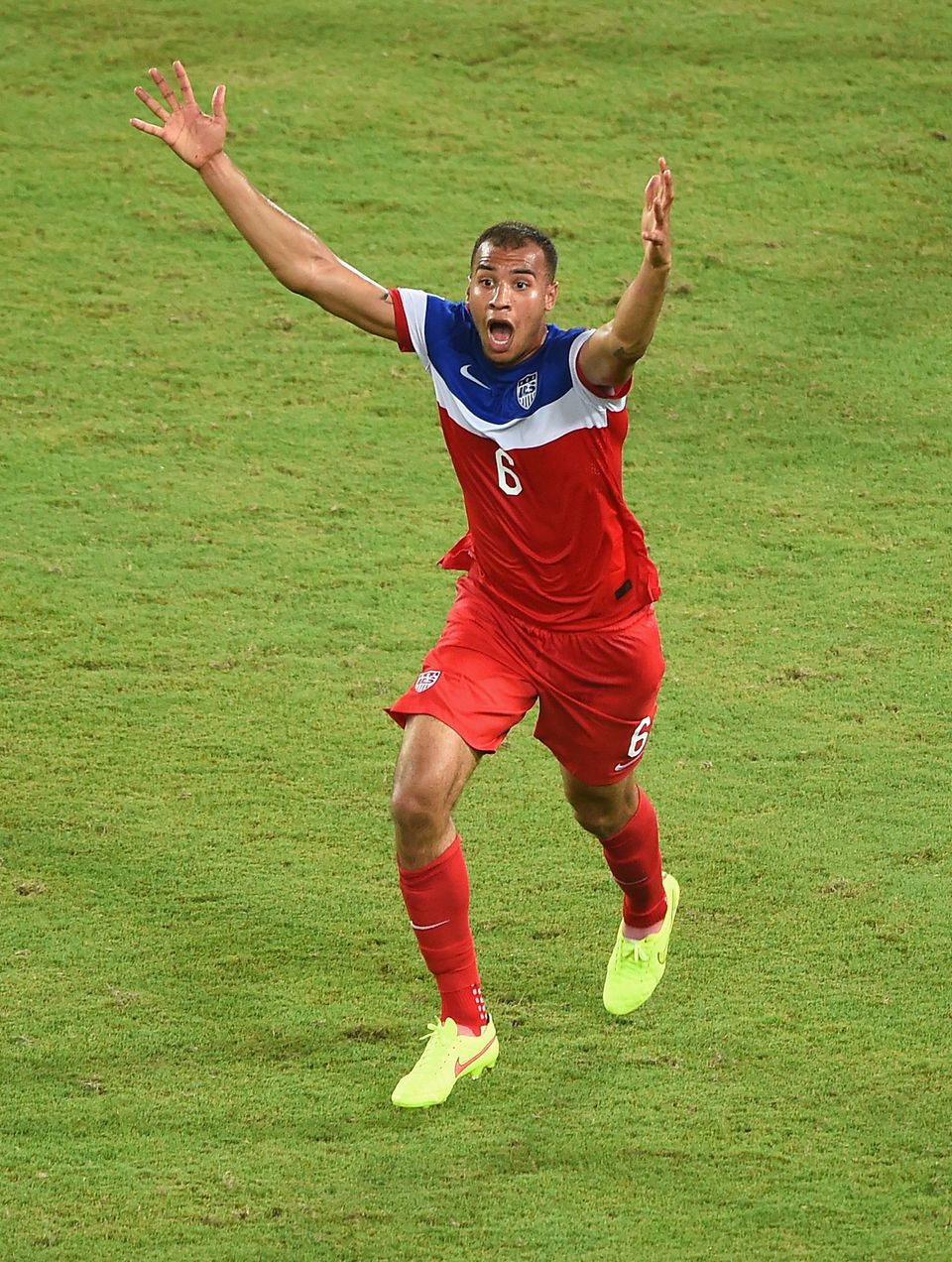