Though his performance at the Republican National Convention has been widely panned by critics and pundits, Clint Eastwood's post-speech interviews have been refreshingly candid and highly entertaining.

In the much-ballyhooed speech, Eastwood conducted an extended dialogue with an empty chair, in which he pretended sat Barack Obama.

"If somebody's dumb enough to ask me to go to a political convention and say something, they're gonna have to take what they get," Eastwood said on "Extra" (via The Washington Post).

But he didn't stop there. In an appearance on "Ellen" (where he put his feet on Ellen's table), the actor said he doesn't really care what people thought of the event. "The Democrats who were watching thought I was going senile, and the Republicans knew I was." He summed up the event thusly: "I was just trying to have some fun."

Eastwood also described the idea to use a chair as "an oddball thing" on "Good Morning America."

But it turns out the "Trouble With the Curve" actor's speech wasn't just fodder for late-night comics. In a scathing Politico report on the state of the Romney campaign, "Eastwood's meandering monologue to an empty chair" is cited as a prime example of campaign strategist Stuart Stevens' inability to effectively promote his party's candidate for president. Polls have since found that the actor's speech overshadowed Romney's for the convention's most memorable moment.

Eastwood doesn't seem to be too upset by the ensuing coverage. “I didn’t try to upstage anybody," he told "Good Morning America." "You're supposed to love it or hate it. I'm just expressing my feelings." 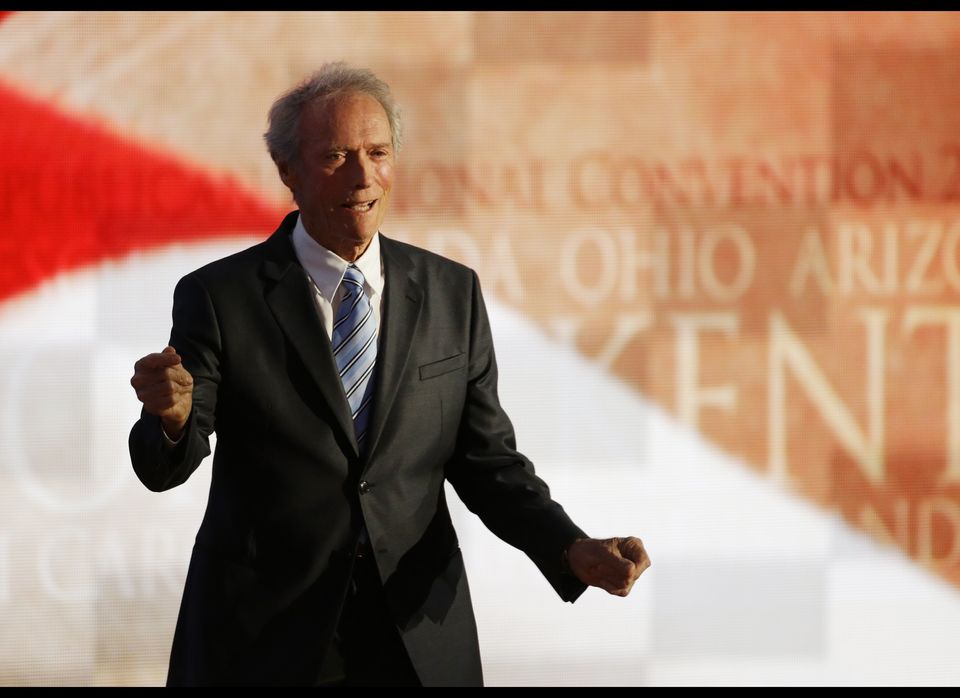