A letter written by the White House communications team to Imus, signed "WJC," was revealed in the document dump. In the letter, which was never sent, the president bluntly refuses to appear on Imus' radio show, "Imus in the Morning": 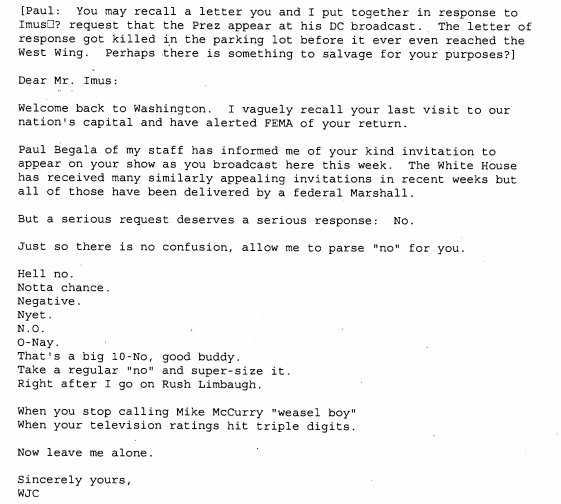 See some of the Clinton documents here.