WASHINGTON — Republicans on Capitol Hill once again grilled FBI Director James Comey over Hillary Clinton’s emails on Wednesday. And Comey, once again ― actually, again and again and again — told them there is no evidence to prosecute the former secretary of state for anything.

“As painful as it is for people sometimes, this was not a close call,” Comey said.

But there must be a “double standard,” Rep. Steve Chabot (R-Ohio) insisted.

“That is not the FBI that I used to work with,” said Rep. Trey Gowdy (R-S.C.), a former prosecutor who led the Select Committee on Benghazi, which took over two years to conclude there was no evidence of wrongdoing on Clinton’s part there, either.

To recap for a moment: Clinton set up a private email system that she used while serving as secretary of state. She has since admitted that this was a terrible idea. And although she had maintained that she did not send classified material and that she eventually turned over all her work-related email to the State Department as required by law, it turned out there were some 15,000 messages among those she’d ordered her staff to delete as personal that actually contained work-related material. And there was some information that was deemed classified at the time.

The reason this was a matter for the FBI and Comey is that it is potentially against the law to handle classified material in such a fashion. But after a year investigating, Comey announced this summer that there was no evidence for any reasonable prosecutor to bring a case against Clinton.

Naturally, Republicans concluded that the fix must be in. And when Comey was back on Capitol Hill this week for regular oversight of the agency by the House Judiciary Committee, Republicans asked about almost nothing else.

The new sizzling tidbit that had their attention was a report that one of Clinton’s techs went on Reddit in 2014 amid the Benghazi probe to see if he could find a way to remove a “VIP’s” email address from documents he was apparently getting ready to produce.

Comey was unimpressed, however, responding that the FBI concluded the tech was not so much destroying evidence as trying to put a name or placeholder in place of the actual, visible email address.

Republicans were also worked up over news that two Clinton aides who were involved with her email system ― and who were therefore potential targets and witnesses in a case ― were in the room when the FBI interviewed Clinton, the main target. Comey explained that the aides had already been cleared by the FBI, and one was part of Clinton’s legal team.

Nevertheless, Sensenbrenner insisted that these revelations, as well as another technician’s recent refusal to testify to Congress, warranted a new investigation.

“I haven’t seen anything that would come near to that kind of situation,” Comey said ― which prompted Sensenbrenner to accuse him of having been pushed into ignoring the case by some unnamed force.

“I do have a great deal of respect for you, but I think there’s a heavy hand coming from somewhere else,” Sensenbrenner said.

With so many Republicans laying out facts as they saw them, then suggesting they didn’t pass the smell test, Comey started to show some impatience with the process. He said repeatedly that while it was fair to question his wisdom, it was something else to question the integrity of the career FBI investigators who’d pursued the case.

“You can call us wrong, but don’t call us weasels. We are not weasels,” he said.

He also suggested that perhaps lawmakers’ minds were clouded by the political situation.

“I hope some day when this political craziness is over, you will look back again on this, because this is the FBI you know and love,” Comey told Gowdy. “This was done by pros, in the right way. That’s the part I have no patience for.”

There was one sign that the outcome of the election could change how Republicans see the case. The House GOP had scheduled a session for 3 p.m. on Wednesday in the Rules Committee to move an “emergency measure” to the floor that would hold one of Clinton’s tech staffers in contempt of Congress. The staffer, Bryan Pagliano, had pleaded his Fifth Amendment rights against self-incrimination at one congressional hearing, and refused a subpoena to do so again last week. He has testified to the FBI.

However, that Wednesday afternoon vote was delayed without explanation, meaning it will not happen until after the election, if ever. 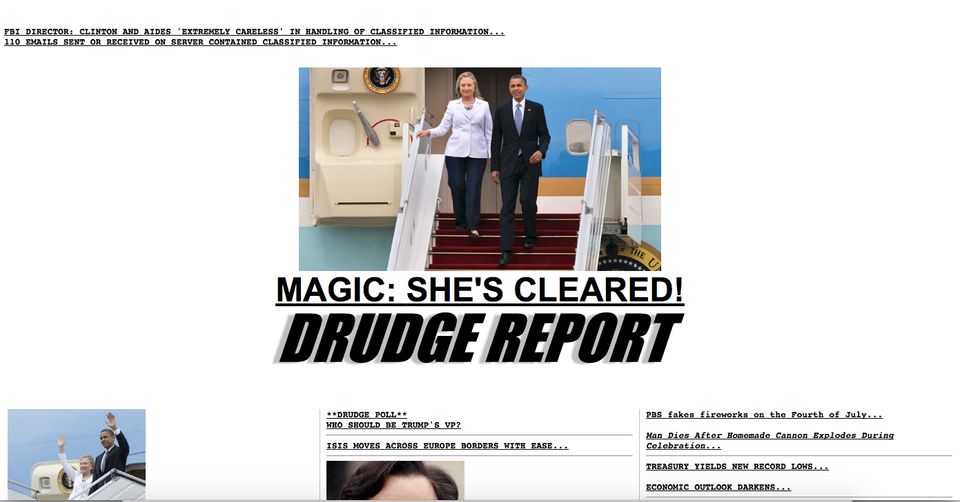