Democratic presidential candidates Bernie Sanders, Martin O'Malley and Hillary Clinton met for a town hall in Des Moines, Iowa Monday night to answer why they are the right choice to be commander-in-chief of the U.S. Here's a recap of what you may have missed from Drake University. 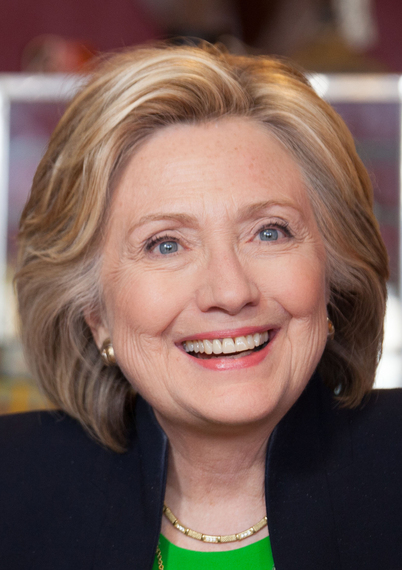 CNN moderator Chris Cuomo began his interview session with Clinton, who went third behind Sanders and O'Malley, by reviewing her rather significant week -- she received endorsements from the Des Moines Register and Boston Globe and received glowing praise from president Barack Obama in an exclusive interview with Politico, calling her "wicked smart" and saying she "knows every policy inside out."

But the Des Moines Register endorsement also brought criticism. The editorial said Clinton is "not a perfect candidate" and that she hasn't seemed to learn to admit when she makes a mistake, a point of criticism she told Cuomo was fair. And others know there isn't unified support for Clinton, either. One audience member that spoke to Clinton acknowledged younger Americans' support for Sanders and wanted her to address why they didn't share the same enthusiasm for her.

"There are very different visions, different values, different forces at work," Clinton said. "And you have to have somebody who is a proven, proven fighter. Somebody who has taken them on and won and kept going, and will do that as president. That's why I hope you'll reconsider."

Nonetheless, nothing stood out about Clinton during her time at the town hall more than her confidence, an attribute each candidate exhibited Monday night at Drake University. She delved into Benghazi, Israel, Islamophobia and even the Civil War with more knowledge and wit than Sanders or O'Malley demonstrated all night. It was clear her experience as First Lady, Secretary of State and New York senator have prepared her for -- if elected -- the presidency. 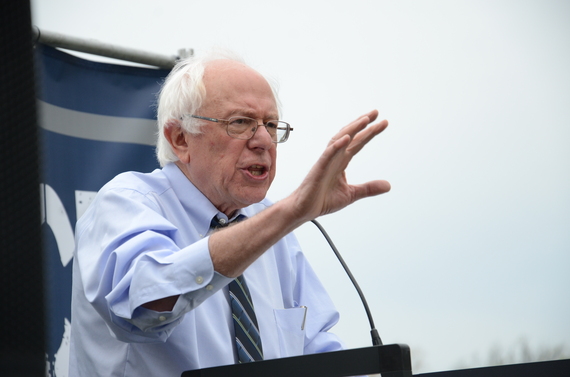 Cuomo asked the Vermont senator to respond to criticism his "Medicare for All" plan has received: raising taxes.

"The criticism is, to pay for this, what you're really asking for is one of the biggest tax hikes in history," Cuomo said.

Sanders said the criticism was unfair.

"But just to be clear, you are going to raise taxes to do this?," Cuomo asked.

"Yes... we will raise taxes, yes, we will," Sanders conceded.

He was also asked by an audience member to address his comfortability in the term "socialist," a term that, according to the audience member, Sanders has sometimes embraced. He responded to this request, too.

"What Democratic Socialism means to me in its essence, is that we cannot continue to have a government dominated by the billionaire class, and a congress that continues to work for the interest of the people on top while ignoring working families," he answered confidently.

"What this campaign is about, and what I believe, is creating a government that works for all of us, not just a handful of people on the top. That's my definition of Democratic Socialism."

But still, many of Sanders' detractors use "democratic socialism" as a point of criticism. Ben Verhassle, a 22-year-old student at Drake University and a Sanders supporter, said he believes the 74-year-old candidate would benefit by finding different words to express the same message.

"If anything in the entire world, he's consistent," he said, "but I think, even in the audience and even me as a Bernie supporter, I would just love to hear him find new verbiage for those issues he's so passionate about."

Sanders' message for a political revolution in America seemed to resonate with the Des Moines audience, and led up to the Democratic candidate lowest in the polls: former Maryland governor Martin O'Malley. 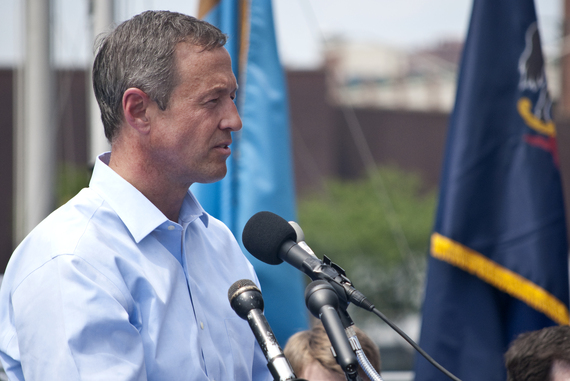 O'Malley poised, in to win

O'Malley polled at two percent Monday before the town hall -- 36 points behind Sanders and 50 points behind Clinton. But he made very clear that despite low numbers in the polls, he isn't going away any time soon.

In fact, Cuomo asked O'Malley what he would advise his supporters to do if he didn't receive enough caucus support --15 percent-- and his voters had to switch to Sanders or Clinton.

O'Malley decided not to give a de facto endorsement and held strong, and encouraged his voters to do the same.

"Hold strong at your caucus, because America's looking for a new leader," he said. "America's scanning the horizon. We cannot be this fed up with our gridlocked, dysfunctional national politics and think that a resort to old ideologies or old names is going to move us forward. So I tell my people hold strong."

And while many may count O'Malley out of the race, he answered every question as if he were the frontrunner, including what may have been the toughest question of the night.

"How are you planning to ensure racial equality when your history in office contradicts your current platform to fight structural racism?" one audience member asked.

O'Malley remained calm and painted a picture opposite what the audience member implied -- he said he saved hundreds of lives from overdose deaths, drove down the use of fatal police-involved shootings, restored voting rights to 52,000 people and decriminalized the possession of marijuana.

With six days until the Iowa caucuses, Clinton tops Sanders 52 points to 38 points in the most recent Democratic CNN poll, and O'Malley lags behind at just two points.