Scandinavians are feeling the love from Bernie, but would still overwhelmingly elect Hillary.

Scandinavians are avid followers of U.S. politics, particularly during election season. This time around, our curiosity has been peaked even further, as the Nordics have become a frequent topic of conversation on the campaign trail.

For example, if the Danes weren't paying attention before the Iowa Caucus, they definitely did so after February 3rd, when Senator Cruz warned that Donald Trump could spontaneously decide to nuke Denmark. Since Cruz never explained why he singled out the loyal NATO ally, and Trump never rebuked the claim, I guess the puzzled Danes will just have to wait and see.

Bernie Hearts Scandinavia
When he was still in the race, Marco Rubio often quipped that Bernie Sanders would make a great president of Sweden or Norway. The line kind of worked, except that none of the countries in question actually have presidents, but rather monarchs as heads of state, and governments run by prime ministers. 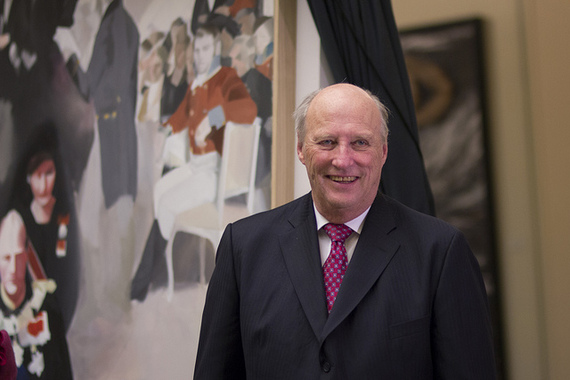 While he may dress like a president, King Harald of Norway is very much a... king, not a president. Photo: FlickrCC, The Norwegian Parliament

That being said, Rubio is right that Sanders frequently mentions the Nordic model. When appearing on ABC's This Week with George Stephanopoulos last May, the Vermont Senator lavished praise on how us Norwegians, Swedes and Danes run our countries.

"I can hear the Republican attack ads right now. He wants America to look more like Scandinavia," said Stephanopoulos.

He has since taken this message on the road and is not afraid to admit that. In fact, he is a fan of our societal model.

Is the love mutual?
You would think that Scandinavians who suffered through two terms of Bush, and are now going through the early stages of Post-Obama-Stress-Syndrome (POSS), would welcome a Democratic Socialist in the race as if he was the second coming.

Not so fast. Some Scandinavians are not sure if the ever-young suitor truly understands us for who we are. As Matthew Yglesias at VOX wrote in October, the Prime Minister of Denmark, a member of the Conservative Party, used a speech to clarify a few things:

"I know that some people in the US associate the Nordic model with some sort of socialism. Therefore, I would like to make one thing clear. Denmark is far from a socialist planned economy. Denmark is a market economy," a skeptical Lars Løkke Rasmussen noted. 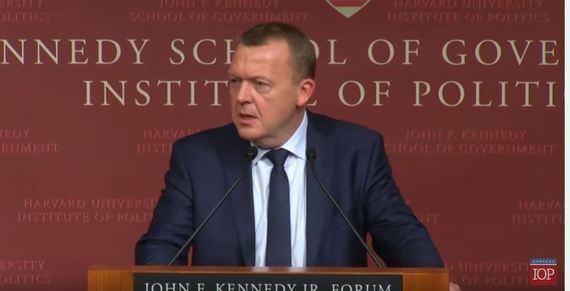 With her
Not everyone are as touchy as the Danish PM, and many Scandinavians are definitely "Feeling the Bern". But they're true allegiances lay elsewhere.

A recent YouGov poll of select European and Scandinavian countries shows overwhelming support for Clinton over Sanders (and all the Republicans too, obviously). In Denmark, Clinton gets a whooping 54 percent to Sanders' 17 percent. In Sweden, 47 percent prefers Hillary to only 16 percent in favor of Bernie.

Sanders does better in my home country, Norway. Here, Sanders gets 22 percent support, but Clinton still has a dominating 40 percent of Norwegians behind her (shockingly, seven percent prefers Trump).

Maybe it is Hillary's "hard-to-get" routine that charms Scandinavians. She certainly does not want to be president of any Scandinavian country. In response to Sanders' praise of Denmark during a CNN Democratic Debate on October 13, 2015, Clinton responded forcefully: "We are not Denmark. I love Denmark, but we are the United States of America." 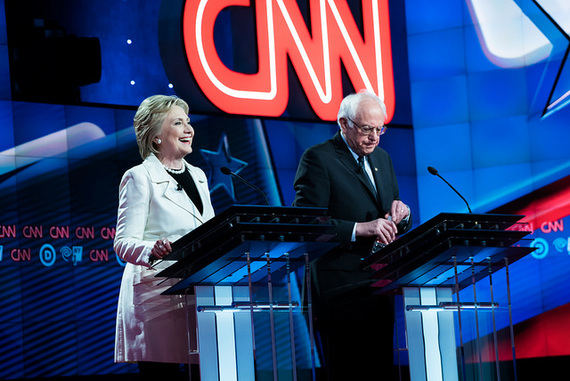 Madame President
But while Clinton may not be feeling the Scandinavian burn, the Nordics are definitely "With Her". Why is that?

The Norwegian paper Aftenposten recently did a survey of Norwegian Parliamentarians, to see how they feel about the potential nominees. The results showed that Norwegian lawmakers are solidly placed in the Clinton camp. In fact, almost 70 percent of them would have voted for the former Secretary of State, including a number of conservatives.

The Parliamentarians were asked to expand on why they preferred a specific candidate. Most cite Clinton's foreign policy experience and the fact that it's about time the U.S. gets a woman president. Others note her work on health care, her close bonds to European allies, or that they believe she would continue Obama's stable approach.

Anette Trettebergstuen, a Labor Party parliamentarian praised Clinton's work with LGBT rights and gender equality, noting that: "Hillary isn't perfect, no one is. But she has the right values, strength and experience. ... She's one of the best politicians they have in America right now."

Whereas Sanders is ready to propose to the Nordic Model, the bride-to-be is yet to be convinced. If he truly wants to be the president of Norway, as Rubio claims, Sanders may have to reconsider. Scandinavia is Clinton territory.