On May 22, I attended a fantastic opening at the Clocktower Gallery in NYC. The gallery is a nonprofit art center in Manhattan that is a site for ground-breaking exhibitions and art residencies. The space also is the home to "Clocktower Radio," which plays a variety of music along with talk shows and historical recordings regarding art, and operates at www.ARTonAIR.org.

A huge crowd jammed the gallery, including the fabulous Icelandic singer, Bjork, whose friend and collaborator, artist Shoplifter (Hrafnhildur Arnardottir), displayed an amazing installation titled Nervescape. The installation was described as a huge wall of multi-color synthetic hair, which explores themes of vanity, self-image, beauty and beastly mythology, as well as notions of obsession and fetish. In the middle of the installation, a beautifully breath-taking choreographed sound performance was made by artist in residence Kria Brekkan.

But what really caught my eye was an exhibit on the floor below of prison photography that was titled, "Prisoner Fantasies: Photos From the Inside." The 16 photos displayed were by taken by prisoners, whose images were juxtaposed against fantasy painted backdrops. The photos were collected and documented by artist Dave Adler, who I had the opportunity to talk to at the show. "This collaborative photography movement is national in scope -- virtually every major American prison has its own painted backdrop, created by inmates for use in taking photographs," Adler said about the exhibit. "The photographers themselves are also inmates, with the resulting photos the preferred method of communicating with family and friends. It is possibly the largest photography subculture in America, but is largely unknown in 'the free world' (the inmate term for life outside prison)."

I immediately understood the message he was portraying because I was involved with this photography movement when I was imprisoned for 12 years at Sing Sing prison for a nonviolent drug offense. I was one of those artists who painted these backdrops that Adler described. My favorite backdrop was a scene of the beautiful Hudson River lined with majestic mountains. Every few weeks, the themes changed depending on the whim of the artists -- keeping in mind the images had to be family orientated. At that time this prisoner photography in New York State was known as the state "Click Click" program. This was a program where prisoners had the opportunity to take photos of themselves in a designated area of the prison -- usually the visiting room -- where outside guests visited prisoners. The photos were a way of sharing memories and keeping in touch with love ones. It promoted the social well-being of both prisoners and their families and friends. It also was an important tool in transcending the negativity of imprisonment.

Adler, who has been exploring prison photography for over a half decade said, "At a time when people are questioning work coming out of the market-driven art world, particularly after the financial crisis, prison photographs are examples of art produced in a different institutional framework altogether. Within this art system, money plays almost no role yet the photographs are imbued with a value often lacking in expensive portraits from the free world."

Dave Adler is a London and New York based critic. He is interested in the intersection of arts and economics. Adler has produced arts documentaries for the BBC and taught documentary film making at a U.S. prison. His prison photography project was profiled in Aperture Magazine has been exhibited at the 2011 Athens Biennale. He is also establishing a national multidisciplinary center for the study of the U.S. prison photography system with the criminologist Dr. Emily Horwowitz of St. Francis College Brooklyn.

The exhibit "Prisoner Fantasies: Photos from the Inside" is curated by David Weinstein and Alanna Heiss and made possible with public funds from the Manhattan Community Arts Fund supported by the NYC Department of Cultural Affairs in partnership with the City Counsel and administered by Lower Manhattan Cultural Council 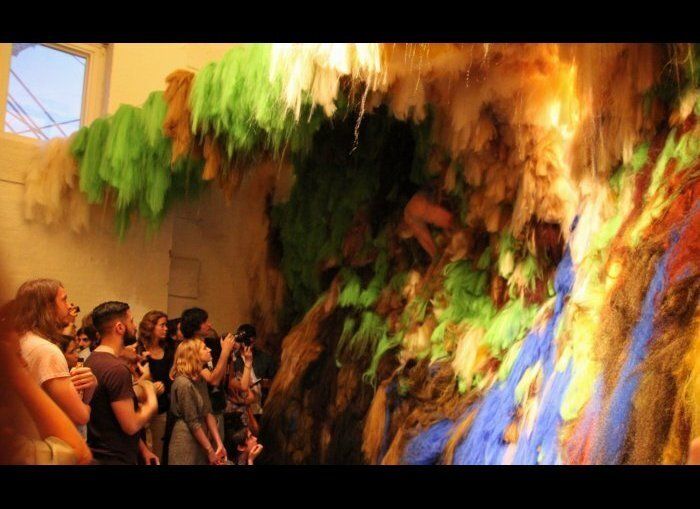