DETROIT, Nov 12 (Reuters) - Tesla Motors Inc got more bad news this week following the third fire in its Model S electric sedan as actor George Clooney complained about being stuck on the side of the road in the Roadster sports car he used to own.

Clooney, currently starring in the movie "Gravity", was asked by Esquire magazine in an interview that was posted online on Monday whether he owned a Tesla car.

"I had a Tesla," Clooney told the magazine. "I was one of the first cats with a Tesla. I think I was, like, No. 5 on the list. But I'm telling you, I've been on the side of the road a while in that thing, and I said to them, 'Look, guys, why am I always stuck on the side of the fucking road? Make it work, one way or another.'"

Tesla discontinued the Roadster and currently only sells the Model S sedan. Clooney last year auctioned off his Roadster for charity for $99,000, according to media reports.

Last week, Tesla reported the third fire in the car in Tennessee. Police reports said the veicle had run over a tow hitch that punctured the armor plating that protects the battery pack of lithium-ion cells. Despite no injuries in any of the accidents, the headlines about the fires have been unwelcome news for a company whose stock had risen sixfold in the first nine months of the year before the first fire occurred on Oct. 1.

Officials with the U.S. National Highway Traffic Safety Administration said they were communicating with Tesla and Tennessee authorities and were gathering information about the incident to determine if additional action was necessary.

The owner of the car, Dr. Juris Shibayama, said in a blog posted by Tesla over the weekend that the car warned him to pull over after he hit a trailer hitch in the road. After he got out of the car, it caught fire but the flames did not reach the passenger cabin, Shibayama said, adding he would buy another Model S "in a heartbeat."

After the first fire, Tesla founder and Chief Executive Elon Musk defended the safety of electric cars, saying in a blog post that there was "absolutely zero doubt that it is safer to power a car with a battery" than a conventional gasoline-powered vehicle.

George Clooney Rips Tesla: 'Why Am I Always Stuck On The Side Of The Fucking Road?'
Hottest Cars 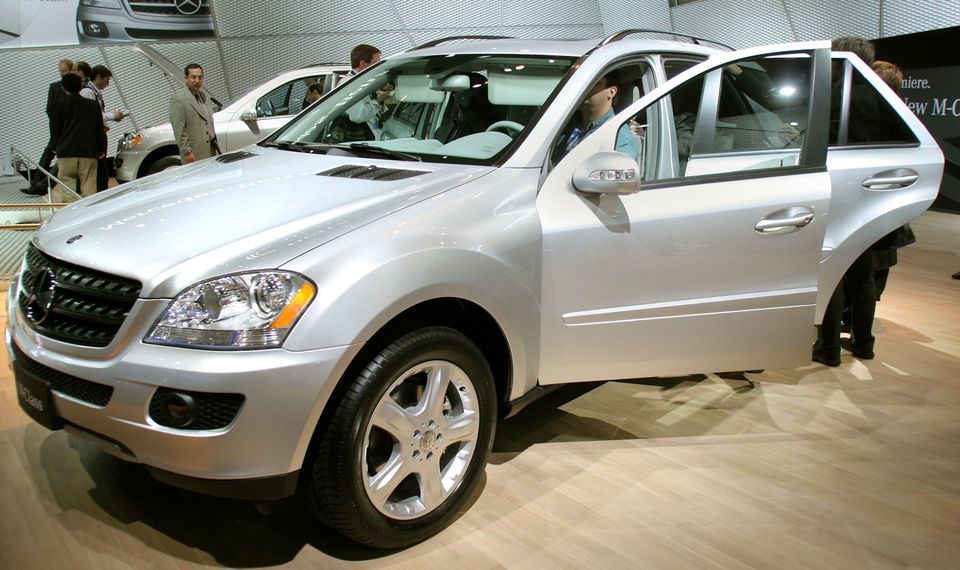 1 / 10
10. Mercedes-Benz M-Class
<strong>Days to turn:</strong> 18 (tied for 9th fewest) <strong></strong>2012 sales: 33,860 <strong>Price:</strong> $47,270 <strong>Configuration:</strong> SUV Mercedes has four lines of SUVs, including the M-Class, which is priced in the middle of its fleet. Like most vehicles from major manufacturers, the M-Class comes in a number of models. The least expensive is the ML-350, which carries a 3.5-liter engine used in a number of other vehicles in the Mercedes model line. Like most car companies, Mercedes offers the M-Class in several configurations and with several engines. The top-end M is the version made by the AMG high-performance division of Mercedes, which was established in 1967. The ML63 has a base price of $96,100 and comes with a 518-horsepower engine. Read more at <a href="http://247wallst.com/2012/12/31/cars-so-hot-they-are-out-of-stock-2/#ixzz2H2hCA9PX">24/7 Wall St.</a>
Getty Images