In our "pics or it didn't happen" world of camera phones and social media, it's easier than ever to document celebrity encounters with just a little pluck and disregard for social norms.

What the photos don't necessarily show are the lengths we'll go to get them. We're curious: What's the craziest thing you've done (and will own up to) to meet a celebrity? On Facebook you guys revealed awesome tales of mall stalking, hiding in dressing rooms and piggyback rides. Not to be outdone, Twitter users had plenty to say too:

@HuffPostCeleb. While 8 months pregnant I chased my favorite NBA player through a parking garage. He quickly ducked behind security.

Loaded. Question. Nothing that I'd like to admit. RT @HuffPostCeleb What's the craziest thing you've done to get a picture with a celebrity?

We've added some of our staff's photos with celebrities, and we'd love to see yours too. Any stories behind getting the photo? Did you wait in line for hours, chase someone several blocks, or sit in a cafe popular with celebs and order overpriced appetizers for several hours (guilty)? We want to know! Add your photos to the slideshow below and tell us about them in the comments!

Your Close Encounters of the Celebrity Kind [SLIDESHOW]
Your Celebrity Photos 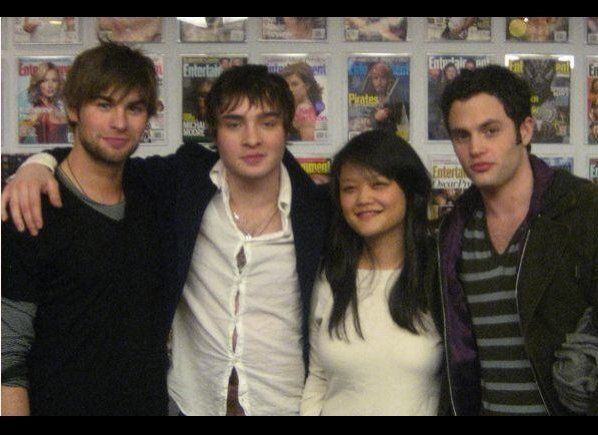