This afternoon, I read the piece about the Pokemon Championships in Boston and the police's recent discovery of "a 12-gauge shotgun, an AR-15 rifle, several hundred rounds of ammunition, and a hunting knife" during a warranted search of a vehicle belonging to an 18-year-old and 27-year-old, two hopeful attendees of the Championships. How did these kids get their hands on these weapons and ammunition?

Some people have asked me why I care about gun control. I don't own a gun. I've never been trained on how to shoot a gun. But I have been directly impacted multiple times by guns. And I know that many people across the U.S. have been similarly impacted by gun violence. That is why I support Everytown for Gun Safety's push to close the loopholes in the background check system.

I'm from a Midwestern family. Both of my parents grew up on farms and my father served in the U.S. Army for 20 years. On my maternal grandfather's farm, between 5-10 shotguns were lined up on the wall outside the master bedroom. I remember once asking my grandfather, a World War II veteran, what his guns were for. It was the early 1980s and I was about 7, the same age my daughter is now. "Those are for shooting coyotes that try to kill my cattle." I was never taught how to shoot a gun or how to store a gun. But I respected that guns had a purpose. And that was for the adults to deal with. I couldn't reach the shotguns anyways at that age.

In 1990, I had a very different experience with guns. I was living in southern San Diego with my mother and her boyfriend; my parents were in the process of getting a divorce. I was in 9th grade coming home from school to find our rental home surrounded by police. My mother's boyfriend, a recently discharged soldier, had locked himself in our home with his weapons and threatened to kill himself and anyone else who came into the house. I was able to reenter my home later that night and we never saw him again. Unfortunately, he would not be the only person in my life who attempted or died by suicide using a gun.

But the most difficult experience for me related to gun violence was when my daughter was 5 years old. On June 7, 2013, the President of the United States was visiting Santa Monica. Traffic was a bit scrambled already. I dropped my daughter off at preschool around 9:00 a.m. Then, at 11:52 a.m. John Zawahri went on a shooting rampage at Santa Monica College, less than five blocks away from her preschool. Her preschool went on lockdown. These children are 2.5 to 5 years old and their school is on lockdown. Lockdown. Why? Because of a nearby mass shooting.

According to data available at USA Today, there have been more than 200 mass shootings since 2006. Not every shooting is the same but many share common traits. Many of the shooters had histories of some sort of family or intimate partner violence, mental illness and/or drug abuse. Many guns used in mass shootings, like the handgun procured to kill Valerie Jackson and her six children in Houston, Texas on August 9, 2015, were reportedly procured legally because of loopholes regarding the lack of background checks for handgun sales sold through unregistered online dealers. Some guns, like the one used in the July 23, 2015 Lafayette movie theater shooting, would not have been procured legally had procedures been followed, like background checks.

Today, I am focusing on closing the loophole regarding background checks and online, unregistered gun retailers. The data is compelling. Since 2006, many states have tried to adopt regulation to restrict access of certain guns or block purchase to certain individuals. According to a recent Washington Post article citing Richard Florida's 2011 study, there was a significant negative correlation between gun-related deaths and tighter gun control laws, in particular a ban on assault weapons, a trigger lock requirement, and a safe gun storage requirement. Some will argue that correlation does not mean causation. But something has to change. This will require the most significant bipartisan effort to close the loopholes, a tough thing to achieve during this contentious election cycle. There is much more that can be done but we have to start somewhere. Help close the loophole.

Something has to change. 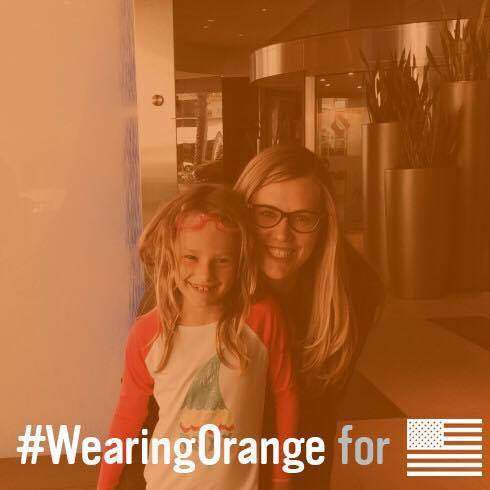