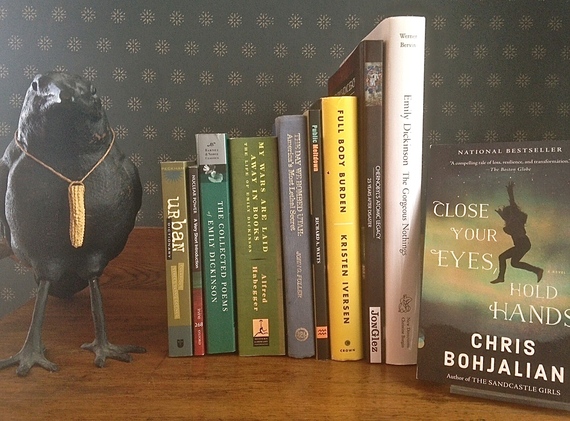 It's one of those classic, absolutely reasonable questions--that is, alas, as impossible to answer briefly as the meaning of life. But I am asked it often. All novelists are.

Where do your ideas come from?

Emily Shepard, the 17-year-old Vermonter who narrates the book, was born in Beirut--or, at the very least, she was conceived there. It was December 2012, and I had arrived in the city while on a seven-day speaking tour in Lebanon. My plane landed around 3:30 in the afternoon, which my body clock adamantly told me was really 10:30 at night. I went out to dinner with my hosts from one of the universities, and returned to my hotel around 11 p.m.--at about the time I would be rising if I were back home in Vermont. I had slept on the plane, but not very much. I was exhausted and knew I should go right to bed, since the next day was going to begin with a breakfast meeting.

But I didn't go to sleep, because I had started reading a novel on the flight and had to finish it. It was riveting. The book? Emma Donoghue's "Room." It wasn't simply the plot that held me fast, as taut as it is; it was the narrator. As a novelist, I was dazzled by the authenticity of the voice Donoghue had created for her five-year-old male storyteller. That's right, a little boy named Jack shares with us the wrenching, adult story of his and his mother's imprisonment in a shed, and his mother's desperate attempt to save them both.

I finished the novel around two in the morning in Beirut, and knew I wanted my next novel to be a first-person tale with a voice that genuine and unexpected. I had no idea, however, who that storyteller would be. An important detail, I know.

Ten days later I was back in my beloved 802. (We have just one area code here in Vermont: 802.) I went to lunch with a friend of mine, Annie Ramniceanu, a therapist who at the time was working with teens in trouble. She told me how a couple of homeless kids--teens who were falling through the system--had built igloos against the Lake Champlain cold out of trash bags filled with wet, frozen leaves, and I knew instantly the novel I wanted to write.

The very idea of a teen girl living alone in one of those igloos broke my heart. That image haunted me--and spurred me on.

And I knew my narrator. I knew Emily Shepard was a cutter and Oxycontin addict, and an aspiring poet with a girl crush on Emily Dickinson. She was a homeless kid and an orphan trying desperately to keep it together after a Fukushima-scale meltdown of Vermont's lone nuclear plant.

Most of my novels begin very much like this: an inspiration. An anecdote. An unexpected synaptic connection.

Now, "Close Your Eyes, Hold Hands" is not the first time I've had a female narrator share with my readers a story. "Midwives," "Trans-Sister Radio," "Secrets of Eden," and "The Sandcastle Girls" had female narrators, too.

But, as I will reveal in my post here next week, this was the first time I found myself texting my teenage daughter for hipster-speak synonyms for "hookup" and "stoned."

(The paperback of "Close Your Eyes, Hold Hands" arrives this Tuesday, on May 26.) 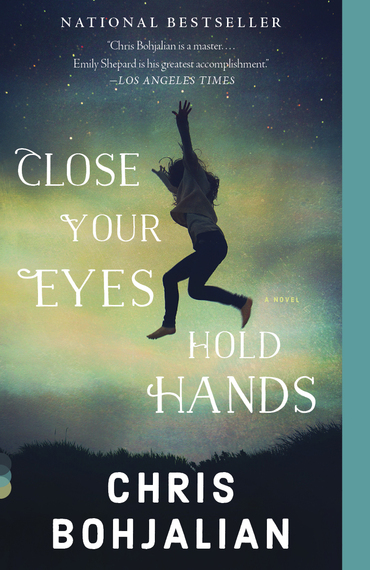