If you had images of men, white lab coats and geeks writing code, you're not alone. In fact most people have well entrenched stereotypes when they think of people in STEM careers (science, technology, engineering and maths.)

These stereotypes help to explain the underrepresentation of women in STEM. Throw in gender bias, traditional barriers for career progression and the family-unfriendly demands of many STEM jobs, and it's hardly surprising why so many girls veer down other paths and so many women in STEM opt out once children arrive.

In my work supporting women in leadership I constantly see female potential being left on the table, but nowhere more so than in STEM. Underutilized and undervalued, this isn't just opportunity lost for women; it's opportunity lost for everyone. As realms of well validated research has shown, greater gender diversity leads to higher performing teams, better decision-making, stronger bottom line outcomes and even, as new research shows, 'higher quality science.'

Given the current numbers and glacial pace of change to date, we're decades from true gender parity in many developed western countries like Australia and the US. For instance, in the US where more women than men are enrolled undergraduate programs today, only 18% of women earned a bachelor's degree in engineering as recently as 2012. In Australia, only 24% of tech start-ups have female founders and only 28% of STEM qualified people working in STEM are female, with as few as 14% in engineering.*

Which begs the question: What can be done?

And there in lies a PhD or ten, far more words than this article allows. However, having recently joined a government round table discussion on this topic (hosted by Hon Karen Andrews, MP), below are eight ideas that, when adequately supported and well executed, will move the pendulum in the right direction. 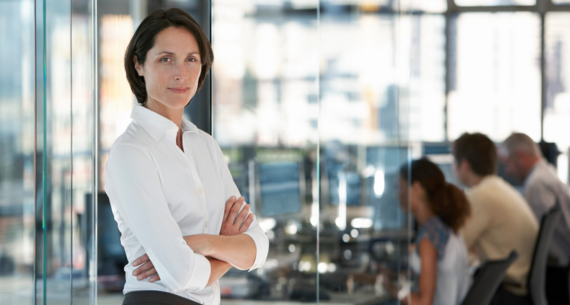 1. Get in early
The earlier children are exposed to science and technology the more likely they'll develop an interest in it and pursue further study. Offering STEM related workshops and bringing in women who work in STEM fields to talk about their jobs opens young girls imaginations to new possibilities for themselves. In China, where there's a strong cultural emphasis on STEM from an early age, 40% of engineers are women.

In line with this, we need to ensure that high school mathematics teachers adequately skilled to cultivate a 'grown mindset' for their female students that counters the negative 'boys are better at math' stereotypes that still pervade. Passionate teachers incite passion in their students. Those who care little for what they're teaching don't.

Greater integration of women into faculty ranks will encourage more women to pursue STEM careers themselves. Given that women studying IT at university in Australia has dropped by two thirds since 2001, this would seem to be a no brainer for the academic brains.

3. Combat implicit bias
When it comes to the two key attributes for success - competence and likeability - women in traditional masculine jobs are in a double-bind. Those perceived as likeable, less competent. Those perceived as competent, less likeable. Blame for this unconscious bias against women is often laid at the feet of the old male guard. Ironically though, women can be every bit as biased against their own gender as men. Sometimes more so. Studies show that women will often evaluate their own work, and that of other women, more harshly than that done by men.

A female scientist recently shared with me, it was only after taking Harvard's implicit bias test that she realised she'd been evaluating younger female scientists more harshly than the young men. While unconscious bias training doesn't solve the problem, evidence shows that once people are made aware of their biases, they can make better, less prejudiced, decisions for themselves and others.

If more women could see other women thriving in STEM careers they'd be more inclined to pursue them themselves.

4. Raise visibility
Did you know that female engineers are the brains behind Facebook's news feed and the photo viewer? Unlikely. Yet if more women could see other women thriving in STEM careers they'd be more inclined to pursue them themselves.

Women who can't see other women thriving and moving up the ladder will be less likely to think they can climb it themselves. As Liz Broderick, Australia's former Gender Equality Commissioner said, "We cannot be what we cannot see." Shining the spotlight on women who have 'made it' (particularly when they've done so while also raising children) and getting more women visible on panels, behind podiums and into the press encourages other women to believe it's possible for them also. Not easy, but possible.

5. Broaden networks
From women raising venture capital to seeking university tenure, the more women can connect with those who've walked the path ahead, the more women who'll break down the traditional barriers to progression. These networks don't have to be all female forums akin to a 'boys club.' Rather they simply need to be places - in person or online - where women can connect, gather information and build relationships with people - women and men - whom can support their ambitions.

6. Expand sponsorship opportunities
In line with broader networks, sponsorship has been found to be a highly effective strategy for helping women rise above the hurdles to advancement. When women have a sponsor that will advocate for them it opens doors of opportunity that sheer hard work and excellence often don't. Likewise providing women with mentors early in their career can help set them on a different trajectory.

7. Job flexibility and childcare support
Many STEM careers require long hours and travel - both of which become exponentially harder when children enter the mix. It explains why so many women opt to dial down their workload and "lean out" at the time in their career when ambition, saying yes and going the extra mile can pay the highest dividends.
Many organisations, particularly in the private sector, have made significant strides in work-life policies, with initiatives such as on-site child-care and job-sharing. However, much still needs to be done across all sectors to make it as easy for women to rise as it is for men. This includes providing better, more affordable and flexible childcare options, paternity programs and flexibility for men to share responsibilities at home more equally.

If there's one thing that will close the gender gap in STEM and across the board, it's when we reach a critical mass of empowered woman who are not longer willing to tolerate it.

8. Embolden women at work
Many argue that we don't need to fix women, we need to fix the system that holds them back. True. Women don't need fixing. No one does! Yet we also know that there is a pervasive and universal 'confidence gap' that drives women to overestimate career risks, underestimate themselves, refrain from speaking up and putting themselves forward with the confidence of the men they work beside.

It's for this reason that we must begin early in emboldening girls with the mindset and skills to forge their own career path, take risks, raise their asking price, call out sexism, challenge the norms and disrupt the power systems that has have perpetuated 'the gap.'

Are women doing this already? Some. But not enough. While initiatives such as Male Champions for Change are helping the cause, we can't rely on men to make things better. Nor do we need to. If there's one thing that will close the gender gap in STEM and across the board, it's when we reach a critical mass of empowered woman who are not longer willing to tolerate it.

Margie Warrell is a women's leadership coach, speaker and Ambassador for Women in Global Business which supports Australian business women to expand internationally.