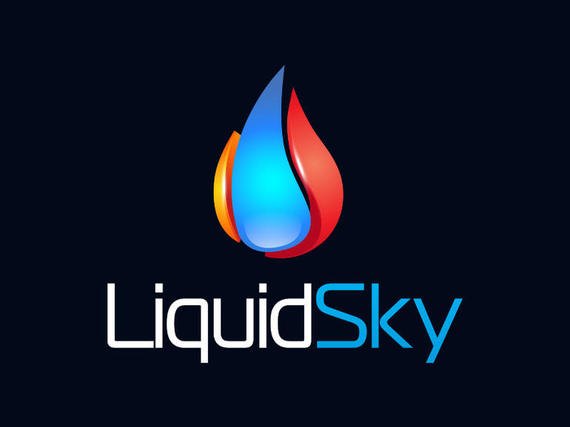 How much does a truly high-end gaming desktop come for nowadays? Somewhere around $1,500-$2,000? From a manufacturer's perspective, this makes complete sense. Gaming is a highly hardware-intensive function for any device to perform, which is why it is only natural for them to be priced excessively. But let's think of this from a consumer's perspective for a moment. Video games are chiefly for entertainment. Unless you are a developer, a designer or a games journalist, chances are that gaming is nothing more than a pure hobby to you, yielding no monetary compensation worth mentioning. As such, the idea of spending thousands of dollars each year on video games comes out as downright ludicrous to most. Cloud computing can fix this.

Many of us are familiar with what cloud gaming is. When Randolph and Hastings founded Netflix in 1997, they showed us how a monthly distribution platform that allows consumers full access to an unlimited collection of content can be beneficial to buyers and sellers both. Using a subscription plan that cost well below the average cable subscription, Netflix turned the tables on the entertainment industry and came up with a better plan to produce, promote and distribute entertainment media. Ever since then, inspired entrepreneurs have been trying to adopt a similar business model for distributing other types of digital content, such as music, software, operating systems and even video games. A popular example would be Sony's PlayStation Now, which is a monthly subscription service that allows gamers to stream and play a huge collection of PS3 titles on PS4 and Windows devices. Aside from providing gamers with a rather cheap(er) monthly pass to access all previous gaming titles, PlayStation Now also does away with the time taking procedure of having to download entire titles before playing, a great feature for users with a fast internet connection.  The idea of turning video gaming into a livestreaming service available by cloud is a truly brilliant one, although that is not exactly what this article is about to discuss.

A few days back, I came across a rather innovative cloud computing service called LiquidSky. It's not exactly your typical cloud computing program like Amazon Workspace, nor is it quite a cloud gaming service such as Gamefly. Instead, LiquidSky brands itself as the world's only "high performing gaming computer in the sky". The idea is simple. Instead of being forced to upgrade their gaming gear every couple years, gamers will simply purchase a monthly subscription to LiquidSky. This will give them access to a high-end cloud server that carries enough juice to run the most performance-intensive of games at a steady framerate. By broadcasting to a humble display that can either be a low-end desktop or an Android TV, users will be able to enjoy the full capabilities of the Windows 8-based operating system installed into your personal account, known simply as a Sky Computer. Thus, you will easily find  yourself playing intense desktop titles such as Witcher 3 and Call of Duty on your humble Android or Windows device, all without the slightest loss in frames per second. All you'll be needing is a stable internet connection of around 8 mbps or higher.

The idea is brilliant, but how well is it executed, really? I thought I'd give it a try and see for myself. The first thing I noticed on firing up my Sky Computer is that I have access to two cloud-based operating systems. The Steam OS, meant specifically to play performance-intensive video games on Steam; and of course, Windows 8, which allows me to do a whole lot more than just playing games, including browsing the web, typing documents, creating presentations, photoshopping and pretty much everything else you can imagine yourself doing on a Windows PC. The platform supports every single piece of software or video game that you can imagine running on your usual Windows desktop, including platforms such as Steam, Battle.net, Green Man Gaming and the original Windows Store. The Sky Computer integrates well with your usual mouse and keyboard, though a wired USB controller is recommended for when playing games. They say that Bluetooth devices don't integrate well with LiquidSky, though I personally did not encounter any issues using my wireless DualShock controller with the LiquidSky App on my Android TV.

Unlike other cloud gaming services, you still have to download the games to your Sky Storage before you start playing, though downloading is considerably faster at the native 1 gbps connection utilized by LiquidSky servers. The highest resolution currently available on your SkyComputer is 1080p, which is understandably a bummer for us 4K gamers. However, the platform does support gameplay at 60 FPS, which is the hallmark for a great gaming experience in 2016. Besides supporting Android and Windows devices, LiquidSky is also compatible with Mac and Linux, so no more missing out on great Windows titles because you own an Apple computer. What's more, the LiquidSky team also promises to upscale its hardware as games get more and more demanding in the future.

For a project that ambitious, the real bummer was, quite expectedly, the pricing plan. Your access to the SkyComputer is dependent on the number Sky Credits you own. Each hour you spend on your Sky Computer is worth one or two credits depending on the hardware you prefer, with each Sky Credit being priced at $0.50. Investing on the $14.99/month Gamer Plan will set you up with 80 credits a month, while investing on the expensive unlimited plan at $39.99/month buys you unlimited access to your Sky Computer. Add to this the fact that you have to actually purchase each and every game you play on your Sky Computer separately via Steam or the Windows Store. Needless to say, this doesn't exactly help mitigate the expenses that we are so trying to prevent under the cloud computing system, but at least someone made a start. We can only hope that, with time, the team gets lenient with the pricing system and offers plans that are more reasonable to the common population.

My verdict? LiquidSky's innovative idea is off to a promising start. So far, they seem to have done a decent job in coming up with a unique plan and implementing it well. However, given that the primary reason for anyone to consider such a service would be to reduce on the expenses of performing hardware upgrades every year, they really need to rethink their pricing plan to make it more reasonable for consumers to opt for. A few minor things, such as Bluetooth support, 4K technology, server count and occasional latency issues could also use some improvement. The system is supposed to leave beta in the upcoming months, and I am anxious to see whether the team uses public feedback to turn this into something beautiful.