KATHMANDU, Nepal -- Can you use Facebook? Then you can work for CloudFactory Ltd., a company that accepts data-entry jobs, transcription assignments, and even the time-tagging responsibilities for films of hockey games; breaks the associated tasks into units that can be carried out on a digital assembly line; and assigns the work to teams of social media netizens. 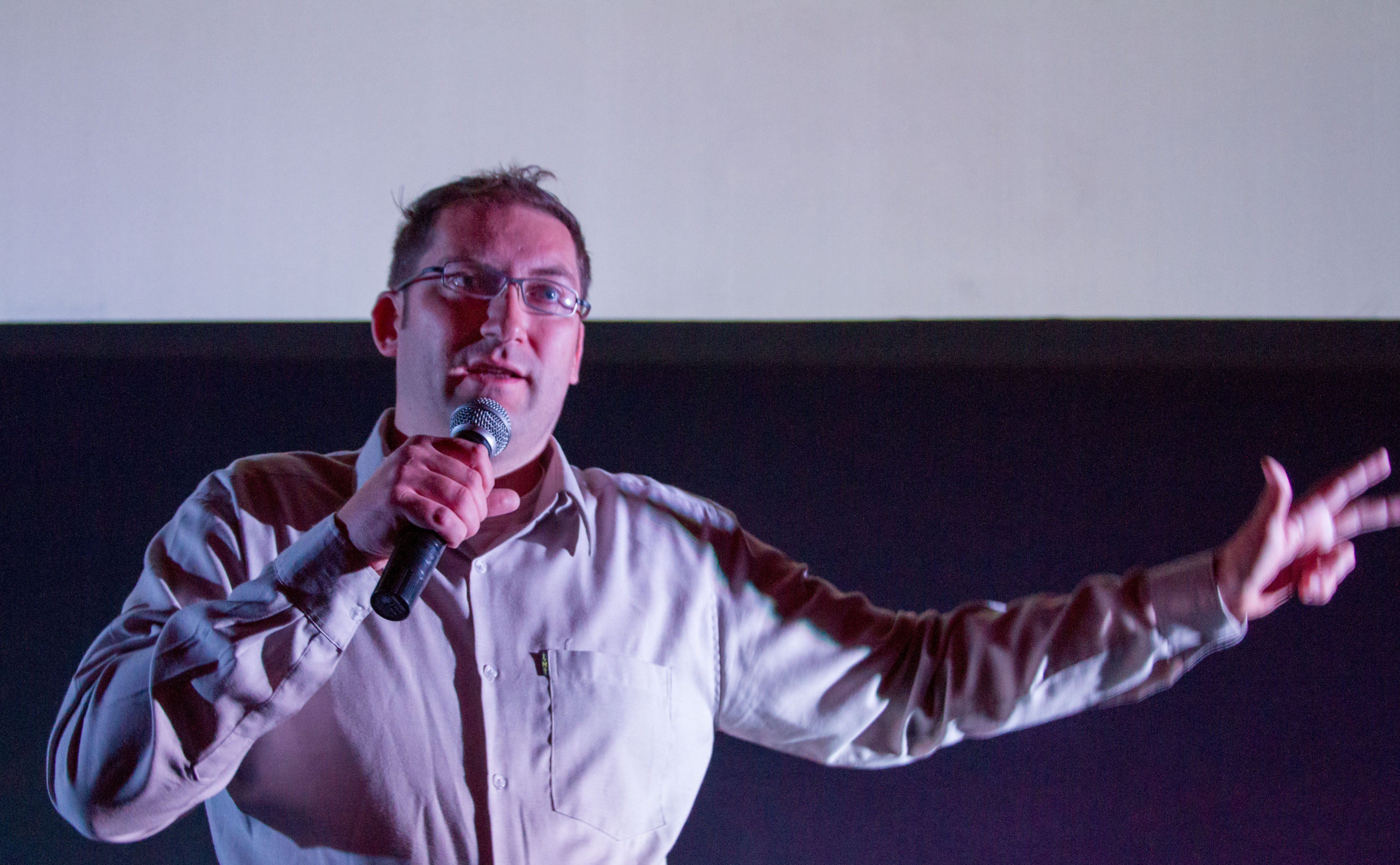 If you think this sounds like a Silicon Valley startup, think again. The company is located half a world away in Kathmandu, and it may soon find itself in the unlikely role of one of Nepal's biggest private employers. The firm said it has signed contracts that will require it to hire 5,000 more people this year, as the size of its workforce approaches that of Nepal Telecom and Surya Nepal Pvt. Ltd., which each has about 6,000 employees.

The Canadian tech entrepreneur's goal is to expand to 79 countries over the next five years, creating a million computer-based, part-time jobs across the developing world. Touting its flexible work hours and values-based professional development, the company said it has a "market-based approach to poverty alleviation," as Daily Crowdsource reported.

Sears chose Kathmandu, the capital city of one of the world's poorest countries, as his home base.

"My wife and I were living in the Gulf, came here on vacation, and stayed," said the 35-year-old Sears. That was in 2008. On that trip, he met a group of young Nepali information-technology graduates and volunteered to train them on Ruby on Rails, an open-source Web development framework. That led to an interest in staying and opening a business.

"They were bright and eager and told me they wanted good jobs here at home," Sears said.

The decision to go to Nepal was counterintuitive. The cost of labor may be low -- 30 percent lower than in India and 80 percent lower than in China, according to an economist at Tribhuvan University in Kathmandu -- and workers speak English, but the investment climate has suffered from protracted political tension as the country rebuilds after a decade-long civil war ended in 2006.

A previous attempt by the Nepali government to attract information-technology companies failed when an "IT Park" where authorities had invested the equivalent of $3.5 million did not attract tenants due to technical insufficiency and poor facilities. Last year, Asia News reported Nepal experienced a 39 percent drop in foreign investment, because of political instability, weak infrastructure, and corruption.

But CloudFactory's model may be a perfect match for Nepal's urban labor force.

In a Fiscal Year 2011/12 study, the country's Finance Ministry identified youth leaving the country for work due to the lack of opportunities at home as a major concern. According to the International Labor Organization , or ILO, more than 2 million Nepalis work abroad, excluding those working in India, as the two countries share an open border, and labor migration between them is common. As for Nepali IT graduates who stay in the country, they tend to try to work in one of two sectors in Kathmandu: international aid, or banking.

A private company might be changing that, in a country where capitalist enterprise has not historically made many inroads.

At the CloudFactory headquarters on the edge of Kathmandu Valley, weekly team meetings reinforce 40 core values -- such as dependability, integrity, ownership, and productivity -- in an effort to create corporate culture and inspire ambition.

On a recent Thursday afternoon, a team of five huddled around a table cluttered with paper in the corner of a large conference room, backpacks and motorcycle helmets strewn nearby, to discuss honesty. Employees offered examples of how they had put that value into action over the previous week.

The company's early success has been a magnet for recruitment.

Kailash Banu, a CloudFactory product manager, said the decision to take a private-sector job over a prestigious United Nations position was difficult.

"My parents and my wife told me to take the U.N. job I was offered at the same time," Banu said. "There was more money, more perks. I could ride in U.N. vehicles around Kathmandu -- that's a big status symbol."

Ultimately, it was CloudFactory's model that tipped the scales for Banu.

"The U.N. publishes reports and maybe has some impact on the country, but it's hard to tell. They do what someone far away tells them to do, which didn't appeal to me," he recalled. "CloudFactory is for-profit, so there's more accountability. You're not making a living off of someone else's donations."

And the government, run by a caretaker cabinet since parliament dissolved last May, appears to be excited about private-sector growth in the country.

Rubina Maharjan, CloudFactory's director of operations and a veteran of Kathmandu's IT sector, said that "to government officials, the story is one of job growth. We are creating jobs at a time when that's what the country so desperately needs for stability."

Observers caution there will be barriers to growth. There is no end in sight to Kathmandu's daily power cuts -- climbing to as high as 13 hours a day this winter. And Nepal has notoriously aggressive labor unions, which the company may see as a hindrance.

CloudFactory's creative philosophy may be able to keep it nimble through all of this. In September, the company announced $700,000 had been invested in it by social-impact players based in the U.S.

There are traditional investors, too, such as Sovereign's Capital, a private-equity firm based in Durham, N.C., which participated in a round of seed funding in CloudFactory.

"What we came to like about this company as we got to know it is that Mark is investing in people by teaching values, and that's a sustainable business model in the long run," said Luke Roush, a managing partner at Sovereign's Capital.

In addition to 70 core staff members such as Banu working at the central office, CloudFactory currently employs 480 so-called cloud workers who work part-time via laptops at home on their own schedules.

Cloud workers are recruited via Facebook , and they have to apply in groups -- a policy the company instituted last fall when it realized that teams of cloud workers are more productive when they come from already-established social networks.

Workers in the teams are assigned projects based on prior performance, and paid per task completed, which Sears calls "a perfect meritocracy." They can make a maximum of 4,000 Nepali rupees, or around $60, per week -- but that's not a negligible sum in a country where the gross domestic product per capita is just $1,250, according to World Bank data.

At a Feb. 14 event dubbed "We Love Nepal" in a cinema in central Kathmandu, Sears held court in front of a few hundred of his employees. Hands shot up in the rows of stadium seating as he asked for applause for each group of workers -- cloud workers, central-office employees, and team leaders.

"We have big-time clients because you guys are good at what you do, and we produce efficient, accurate work," Sears told the group before announcing a program called CloudFactory Kickstart, which will raise money online to subsidize laptops for aspiring cloud workers.

As for that global expansion, the details are still undefined. "We have a wish list now," said Sears, who added the company is currently in informal discussions with the government of Nigeria, as well as others, but will remain headquartered in Nepal.

However, CloudFactory's experience in Nepal, Sears said, has prepared it for rapid growth. "The talent is out there, and we have learned how to set up shop and get people to work."

This article was originally published in the International Business Times.