Look, we know this sounds terrifying, but bear with us: Nearly 30 clowns descended on a mall in Maine to entertain children and earn points toward their Clown College degrees.

The Anah Temple Shrine of Bangor sent its clowns to the event, and all the proceeds go to help sick and injured children and their families, according to WLBZ.

The ridiculous photo above was used to promote Klownfest on Facebook, the actual event was much more family friendly (and less scary). 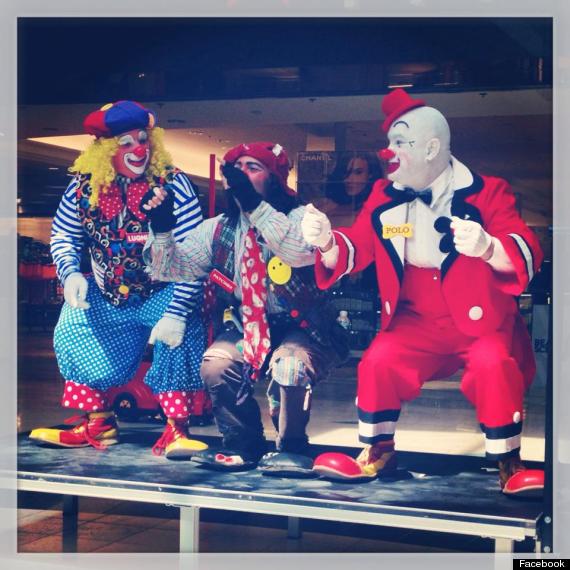 Shriners understand the financial burden families with ill children are under. One Shriner experienced their generosity first hand when his daughter was ill.

"It's a tremendous relief knowing that you don't have to worry about certain things," said a Shriner Clown who goes by the name of Slapshot.

Now, he dresses up as a clown for the same cause.

"It's always great to be able to give something back," he said.

There were 27 clowns and two apprentice clowns at the mall on Saturday. There was also a clowning competition, which is no laughing matter. The clowns who placed first, second and third earned points toward their "Masters" at the Clown College, WABI reports.

The Clowns Are Coming...
Creepy Clowns