The National Marine Fisheries Service and National Oceanic and Atmospheric Administration are considering adding the orange clownfish to the endangered species list as coral reefs remain besieged by climate change. Threats including ocean acidification and warming temperatures, as well as alleged overfishing by the aquarium industry, have harmed populations of Pixar's favorite orange fish.

The agencies are now seeking public comment as to whether these and seven other species of reef fish should be subject to the country's highest form of wildlife protection.

So we wanted to send a shout out to all those, albeit few, remaining orange clownfish; different from some other species of clownfish and differentiated by their three white lines and fins tipped in black, like this:

The little guys make their homes in certain types of sea anemones and work in a symbiotic relationship, living among the stinging polyps in exchange for keeping them clean and helping the anemones breathe.

The clownfish spend nearly their entire lives living with the anemone, and shortly after hatching from their eggs they go on the hunt for an anemone of their own, slowly growing accustomed to the stings that would normally kill other fish before settling in. 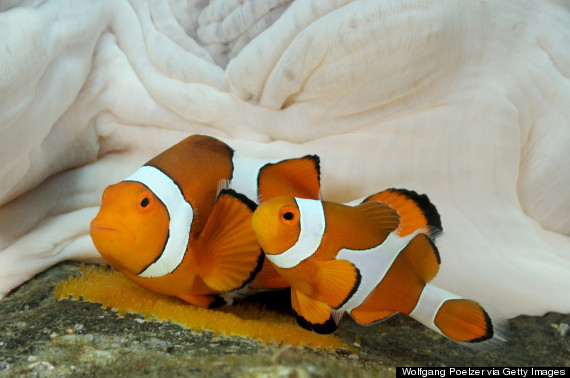 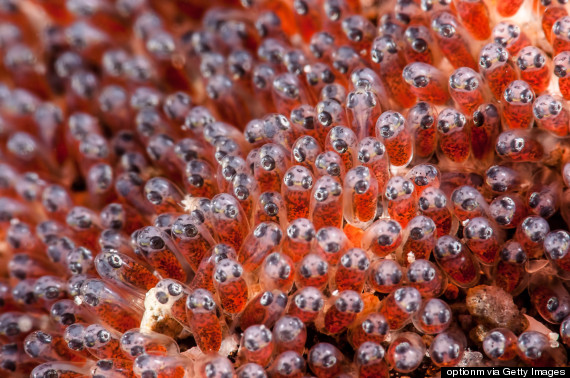 But coral reefs, home to many anemones, are particularly vulnerable to ocean warming and acidification, especially in the coral triangle, which has served as a "hot spot" of increased oceanic temperatures. Which means these cute orange fish may not be able to find any homes in the near future.

The petition, originally filed by the Center for Biological Diversity, also points to the aquarium trade and alleges that an uptick in native-caught fish after the release of 2003's "Finding Nemo" had a detrimental effect on real-life Nemos. However, in response to the filing, the NMFS says the more than 200,000 fish taken from the region inhabited by orange clownfish came from 250 different species.

Even if all of the fish taken were orange clownfish, the agencies state they are unsure that number would affect total populations. But in aquariums, clownfish have an average lifespan of 3 to 6 years, while females can reach into their 30s in the wild. 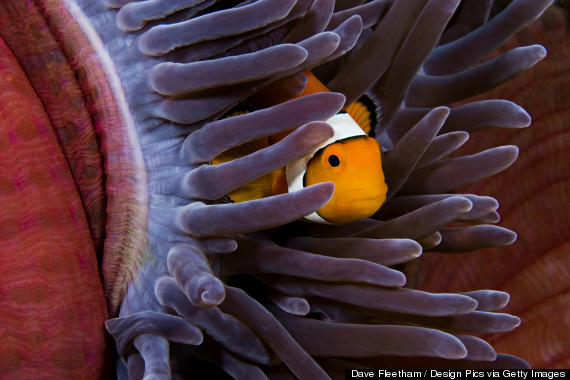 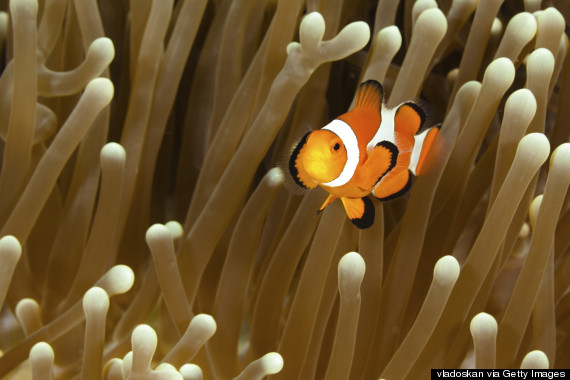 So let's save these guys and keep them in their natural environment, or else we may have to say goodbye to Nemo once and for all.

Clarification: Language has been added to clarify that while the original petition cited a study that 200,000 orange clownfish had been removed from native habitats after the release of 2003's "Finding Nemo," NOAA and the NMFS found that that number is representative of more than 250 different species removed that year, not just orange clownfish.