If you're about to buy a home you're also probably trying to save money wherever you can, which includes finding an affordable homeowners insurance policy. But guess what? If the seller has a history of one or more insurance claims on that property, you could wind up footing the bill and paying more for insurance in the long run.

Since 1992, the price of homeowners insurance has been determined, in part, by a seller or previous owner's claims history. Unfortunately, the vast majority of American homebuyers are completely oblivious to that fact.

According to a new survey commissioned by insuranceQuotes, 86 percent of Americans are unaware that insurers use the claims history of previous homeowners to set premiums for new policies (up from 83 percent in 2014). For the second time in two years, the survey highlights near-universal ignorance about something called the CLUE database, and this lack of knowledge could be putting undue financial strain on consumers. 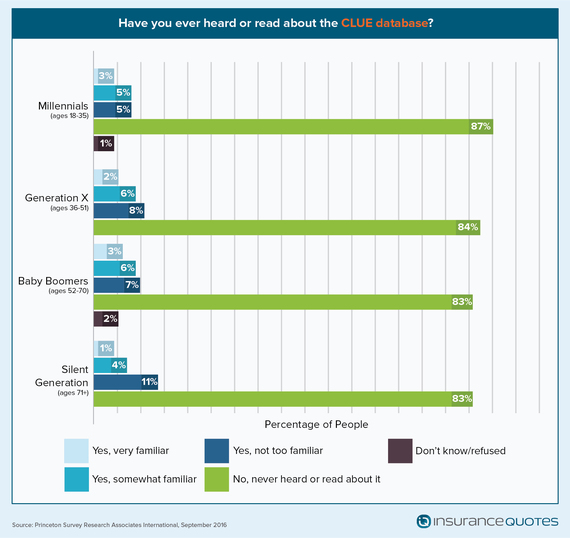 What is the CLUE database?

Owned and maintained by LexisNexis Risk Solutions, CLUE (or Comprehensive Loss Underwriting Exchange) is used by just about every insurer to report and check the claims history of either a home or a driver.

"Insurance companies use this data to evaluate insurance premiums," says attorney and disaster insurance expert Scott Mager. "It's no secret that insurance companies evaluate risk and determine premium pricing by utilizing statistics. So they will use claims history and combine it with [other factors] to create risk potential and help them price your policy."

Mager says a CLUE report goes back five years and includes the date of any specific losses, the type of claim that was made by the policyholder and how much money was paid out by the insurance company.

CHECK OUT: How Much Can You Save by Bundling Your Insurance Policies?

"The report may also reveal a certain pattern in homes in the area, such as unusual flooding, vandalism, or other behaviors that may impact how an insurance company evaluates your risk," Mager adds.

Despite its pervasive impact on insurance premiums, most Americans are entirely unaware of its existence.

According to the insuranceQuotes survey, only 5 percent of respondents said they were even "somewhat familiar" with the CLUE database, and only 12 percent said they asked for a CLUE report before buying their current home.

What's more, millennials are the demographic most likely to know nothing about CLUE, with 92 percent of those between 18 and 29 saying they've never heard of it.

"I would agree that most people do not know what a CLUE report is," says Atlanta-based realtor and attorney Bruce Ailion. "And that's unfortunate, because knowing what's happened to a home and the extent of any prior damage is important to understanding the property as a whole."

Why the CLUE report is so important?

New homebuyers, current homeowners and potential home sellers should not underestimate the importance of obtaining a CLUE report.

Mager says the report not only helps you understand the condition of the property, but it also shows you what specific claims were made, what damages were left unpaid and could reveal damage or potential damage that may impact the value of the home you own or are looking to buy.

"If you're a prospective buyer, CLUE can reveal damages that a seller may not otherwise tell you about," Mager says. "If you're a seller, it may help ensure that you disclose such things to avoid claims being made against you for fraud, negligent misrepresentation, or breach of contract." 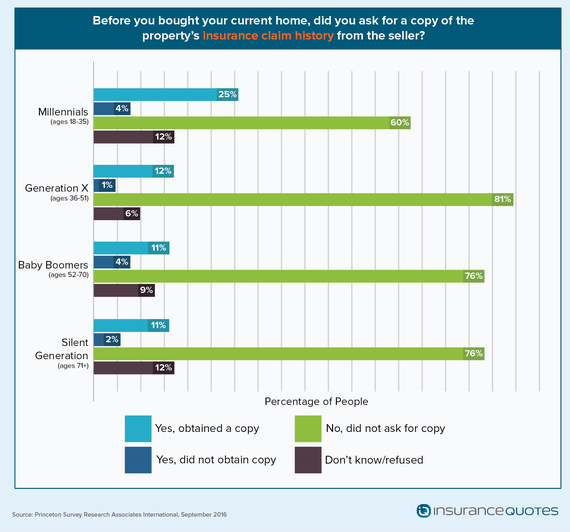 Filing a homeowners insurance claim can be costly

According to a 2014 insuranceQuotes study, U.S. families who file even just a single homeowners insurance claim can expect their annual premium to increase 9 percent. What's more, this figure can swing wildly depending on the state in which you live.

For instance, homeowners who file a single claim in Wyoming can expect their annual premium to increase, on average, by 32 percent. According to the study, premiums in 37 states plus Washington, D.C., increased by an average of 10 percent or more after filing a single claim. Only 13 states fell below the national average increase of 9 percent, and just six states showed an increase of 5 percent or less.

RELATED: How Bad Credit Drives Up Your Insurance Premiums

According to Amy Bach, executive director of the California-based nonprofit consumer advocacy group United Policyholders, homeowners need to think long and hard before filing a claim.

"As a consumer advocate I am always torn about telling people to not use their insurance, but sometimes that's the best option, because it might become more expensive for you in the long run," Bach says.

Mager says it's also important to understand that insurers can submit home damage information to CLUE even if the homeowner never filed an official claim.

"In many states, you will find that the report includes phone calls about potential claims, even if no payment occurred," Mager says. "Unless you're committed to filing a claim, you shouldn't disclose any damage to your insurer, because it might end up in the report and you could find yourself paying more for your premium next year." 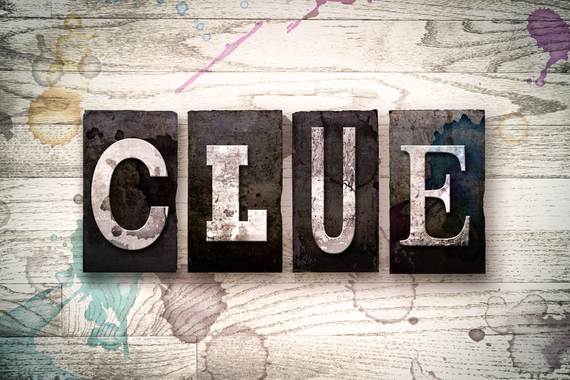 LexisNexis spokesperson Regina Hass says only the homeowner of a specific property can order a CLUE report from the data analytics company, which means if you're looking to buy a home you need to ask the seller to obtain a copy for you. According to the tenets of the Fair Credit Reporting Act, consumers get one free annual copy of CLUE. Each additional request costs $19.95.

But despite the fact that CLUE reports are so readily available and important, consumers don't appear to be taking advantage of them. According to the insuranceQuotes study, 84 percent of respondents said they have never requested this information before buying a new home.

"If your home has not experienced a loss within the past five years, the report can provide comfort to a potential buyer," says Hass. "When there are no losses associated with a property, the report would state that no losses were found for the address shown. And unlike other loss history reports, [CLUE] does not display information that a home seller may wish to keep private, such as name, Social Security number, and date of birth."

CHECK OUT: Can You Afford to Raise Your Homeowners Insurance Deductible?

Mike Barry, spokesperson for the nonprofit Insurance Information Institute, says if a report indicates that there's been damage to a house you're looking to buy, have it checked by a professional.

"A home claim history can provide extremely valuable information and should prompt questions from the buyer," Barry says. "For instance, if there was a claim for water damage on the home, it is important to find out the source of the damage -- such as a burst pipe -- and whether it has been properly repaired. On the other hand, if there was a claim for wind or hail, which resulted in a new roof, this makes the home stronger and is very attractive from an insurance perspective."

Even if you're not in the market to buy or sell a home, obtaining an annual CLUE report is essential. It's the only way you can know whether or not the information is accurate.

LexisNexis has 30 days to investigate potential errors on a CLUE report. Furthermore, if your home has historically been plagued by damage or claims related to outdated systems like plumbing and electric, you can upgrade them and report the upgrade to your insurer, which clears your CLUE report of damaging information.

"You need to check it each year, because errors occur and you might find that your CLUE report contains information about your property that's inaccurate," Mager says. "And if it's showing damage or claims that never happened you could be paying more for insurance than you have to."