Treaties take a long time to develop and negotiate. The ones being negotiated under the helm of the United Nations can take decades to conclude. It is often a two-steps-forward-one-step-backwards process and can be rather frustrating to be part of.

Last week the first stage of formal negotiations on an Arms Trade Treaty were completed at the UN in New York. Diplomats from all continents came together to begin to hammer out the details of a Treaty which will control the international sale and transfer of conventional weapons. Everything from planes and tanks through to small arms and ammunition is potentially covered by the future deal.

For an organisation like Oxfam, working on the ground in many of the world's worst conflict zones, the impact of the unregulated arms trade is something we see every day. Its not just the immediate loss of life - up to 2000 people die every day from armed violence around the world - it is the devastation that goes with it. Families torn apart, markets, schools, hospitals destroyed or rendered inaccessible, and economies constrained, making it harder and harder for ordinary people to work their way out of poverty. That's why we and many other NGOs are campaigning for a really strong Treaty, which will put people before conflict, and have strong criteria to stop weapons getting into the hands of warlords and human rights abusers. On Sunday (August 1st), another important Treaty we campaigned on, the Convention on Cluster Munitions enters into force, becoming binding international law.

The ban on cluster bombs took 18 months to go through negotiation, although campaigners, activists and supportive governments had worked for many more years previously to ban these indiscriminate weapons. Cluster bombs are nasty, indiscriminate weapons that are hard to target and often lay unexploded on the ground for months, years and even decades after they were dropped. Children are particularly vulnerable potential victims, as they are attracted to these strange shiny little objects in the ground. 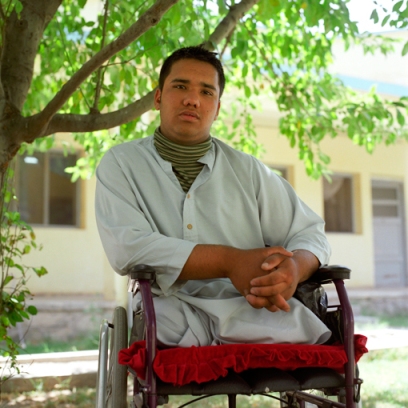 Many cluster bomb survivors were active campaigners during negotiations such as 19 year old Soraj Ghulam Habib from Afghanistan. Now more than 107 countries have banned the production, use, stockpile and transfer of cluster bombs, and the weapon has been so stigmatised that its use in future conflict has become much less likely, even amongst non-signatories. A few years ago, both these Treaties were seen as far-fetched, idealist aims in the minds of campaigners and do-gooders. But now the cluster bombs deal is binding international law, and the Arms Trade Treaty negotiations are in full swing at the UN. The process can be grindingly slow; the course of trying to get agreement or push through change is no easy challenge. But political will and activism can and does make things happen, and Sunday August 1st is a time to celebrate this.