CNN's controversial coverage of the Carnival Triumph cruise ship story continued well into Thursday night -- but the network's efforts to inject a high level of gravity into the situation kept getting undermined by the network's own guests.

CNN went all-in on the Triumph's ragged journey back to shore; the ship had lost power, leaving its passengers in squalid conditions for days. CNN devoted hour after hour of coverage to the story, covering it from helicopters and boats and sending hosts and reporters down to Alabama to see the ship make its slow way home. The network, whose new chief, Jeff Zucker, has made it his mission to "broaden" the kinds of stories told on CNN, was mocked by Jon Stewart and others for the level of resources it committed to the story.

"I know a lot of people ... are saying, 'Look, why are you guys all talking about this? It was just a few days. It wasn't life-threatening,'" she said. "Look, we can understand a little bit about what they're saying, but when there's a fire on your ship, you feel so vulnerable ... it makes you appreciate life."

And even people being interviewed by CNN reporters pushed back at some of the more questionable ways they tried to increase the drama of the moment. Rob Kenny, a passenger on the cruise, scoffed at reporter Martin Savidge when Savidge tried to compare his ordeal to Hurricane Katrina.

"The isolation factor you described, this is the same sort of thing that many people who went through Katrina in New Orleans -- those that were left behind -- they never heard anything either," Savidge said. "I imagine it's something very similar."

"Yeah, but let's put that in perspective," Kenny said. "Katrina was a major devastation. We're on a freakin' cruise ship, and we're out just having a good time ... two different things, you know? Two different things."

Earlier, on "Piers Morgan Tonight," guest Pat Kiernan (who usually anchors on NY1), tried to add a little perspective of his own.

"Mostly this is uncomfortable for people, that's all it is," he said. "It's a horrible vacation, it's a nightmare vacation. But they're uncomfortable right now, and they're bored. They're up there on the decks waving to the CNN helicopter!"

"It's a disastrous vacation," another guest said. "It's not a disaster."

The coverage boosted CNN's ratings in the coveted A25-54 demo for two hours in primetime, though the network still lagged behind Fox News. 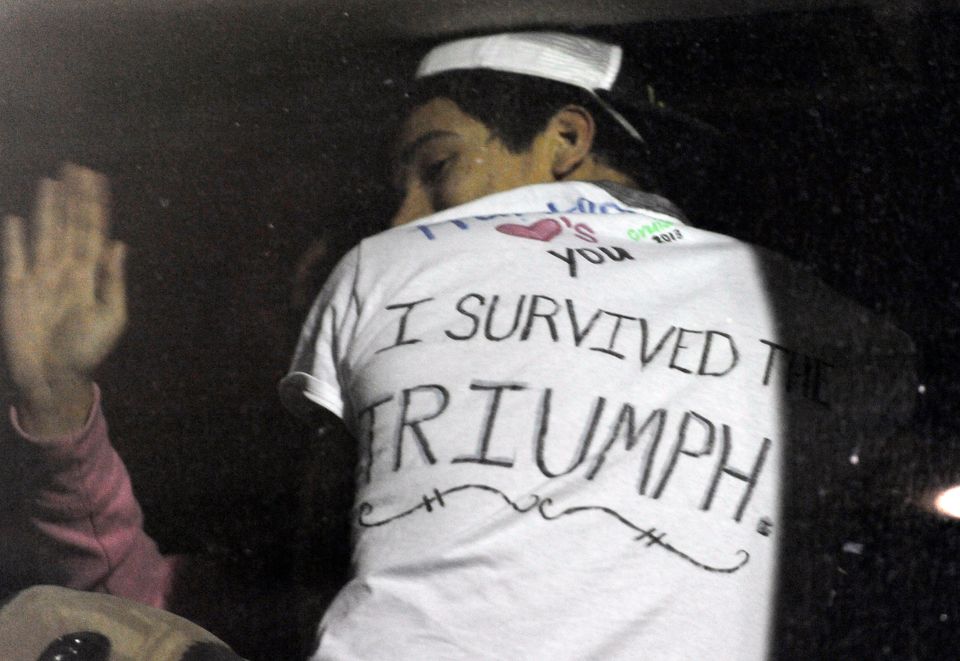 1 / 49
A passenger displays a message as he rides a bus from the cruise terminal in Mobile, Ala., Thursday, Feb. 14, 2013. The cruise ship Carnival Triumph docked in Mobile late Thursday. The ship with more than 4,200 passengers and crew members has been idled for nearly a week in the Gulf of Mexico following an engine room fire. (AP Photo/John David Mercer)
AP