CNN interrupted its own news program on Sunday to report a breaking new development in the missing Malaysian Airlines plane story.

The breaking development? Four new objects had been spotted in the Indian Ocean but there was no evidence that the objects were tied to the missing plane. 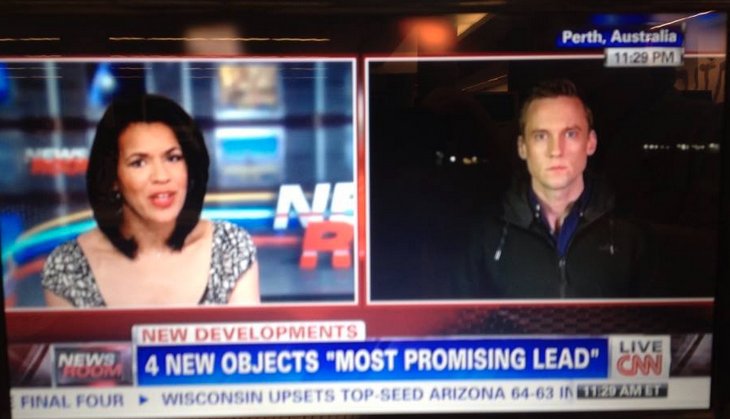 CNN's Fredricka Whitfield reported the news on Sunday that officials believe they have "the most promising lead so far." However, her subsequent discussion with a CNN correspondent suggested that the four items could very likely just be trash.

"When you actually get down to the ocean and you recover the items, it might turn out to be a different story," correspondent Will Ripley said. "That seems to be the case that we are now learning."

A similar incident occurred on Saturday when other objects were spotted and picked up by ships. The objects turned out to be fishing equipment and a dead jellyfish.

"Clearly, there are a lot of objects floating in the Indian Ocean," Ripley said.

Ultimately, CNN said that officials "cannot confirm the origin of these objects" and that they are currently struggling to determine what is just "sea trash" and what might be related to Flight 370. Ripley noted that "so far, when the items have been retrieved, it turned out to not be connected to the missing plane."

The network then returned to "Reliable Sources," which resumed with a discussion of the Malaysian Airlines flight. 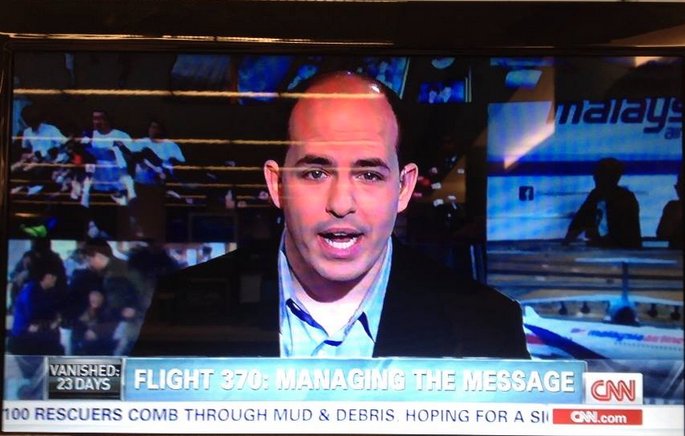 Prior to the interruption, "Reliable Sources" host Brian Stelter began his show with a segment examining CNN's heavy coverage of the missing plane story. CNN has been on the defensive as of late due to its round-the-clock coverage of Flight 370, which has prompted criticism from the media and from viewers. Viewers took to Twitter to express their frustrations on Sunday:

OMG we now know there is sea trash and a dead jellyfish floating in the ocean. Thank you @CNN for that useless breaking news.

BREAKING: @CNN reports one of the objects spotted was.. a dead jellyfish. Please alert the media. #mh370

@danielpmcdermot @davidfolkenflik The notoriously unreliable CNN breaking into Reliable Sources Are they flaunting their incompetence at us?

CORRECTION: This post originally stated that CNN broke in with breaking developments immediately after a "Reliable Sources" discussion of the missing plane. The update actually came during commercial after a segment unrelated to Flight 370. This post has been changed to reflect that.