On Friday night CNN Political Commentator Angela Rye was flying from Detroit to New York. During what should have been a routine TSA security check, she was forced to endure an invasive “vaginal pat down.”

Rye wrote about the experience in an op-ed on CNN’s website the next day.

The writer and commentator wrote that she was going through security at Detroit’s Metro Airport to fly to New York when ― even though she has TSA Precheck status and is a CLEAR traveler ― she was told she was randomly selected for additional screening.

After going through the backscatter machine, she was told that the female TSA agent would do “a backhanded pat around the upper thigh.” But Rye says it went beyond that:

The pat-down began and was uneventful until she went down my leg, up my dress, and her hand sideways hits me right in the crack of my labia. Startled, I jump and feel a lump in my throat trying to hold back tears. What happened to the back handed pat-down?

She comes around to the front; I grow nervous and pull back a bit, afraid of the same thing happening ― and her sideways hand hits in the middle of my genitals again. I can no longer hold back the tears.

Before the pat-down began, Rye had asked TSA management if she could just go through the backscatter machine again. She was told that would not be possible. She was also told that if she refused the pat-down, she would be escorted from the airport.

I asked the police officer to film this so I can send to @TSA. I'm hoping my humiliation will fix the system. #TSAVaginaMonologues pic.twitter.com/lypkkcpZCW

“Of course, we want America to be safe and protected,” Rye wrote the following day. “But we should not violate the emotional and physical safety of our nation’s citizens at the same time.”

Rye also said that the incident had her worried about people who have experienced sexual assault having to be put in the same situation. “I worried that if they were subjected to the same kind of search it could have disastrous emotional impact,” she wrote.

Some sexual assault survivors have long been unnerved by the TSA’s invasive screening processes. When the new security measures ― namely the backscatter machine and body pat-downs ― went into place in October 2010, Newsweek reported that for travelers who’d survived sexual violence, the security measures “present a very real danger,” and “can be triggering events, setting off a posttraumatic-stress reaction.” Organizations like RAINN have helped empower sexual assault survivors to know their rights while traveling, specifically when it comes to getting through security.

AskTSA responded to Rye on Twitter, asking her to send them a direct message so that a manager could reach out to her directly.

@angela_rye We're sorry to hear you had a bad experience at DTW. Pls follow/DM your contact info and a manager will reach out to you.

She replied by saying that she had already filed an official complaint, and was not about to let the situation “go down in my DMs.”

I filed an official complaint. You have a congressional meeting on Monday to discuss. This won't go down in my DMs.🙋🏾 https://t.co/LZLiGkprVf

Rye hopes that sharing her experience will push the TSA to change its screening process so that travelers don’t have to endure unnecessary bodily violation in the name of security.

“Perhaps it’s time for the TSA to invest in new equipment,” Rye wrote. “It is definitely time for them to keep their hands away from vaginas.”

If you are a sexual assault survivor concerned about air travel, check out this helpful document from RAINN. 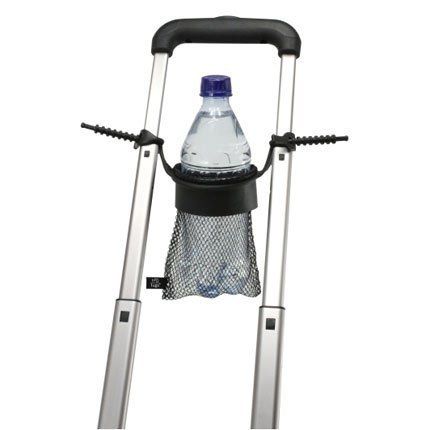