Coachella Music Festival released their official 2012 lineup in a tweet on Monday afternoon, and the headliners for each day are The Black Keys, Radiohead and Dr. Dre and Snoop Dogg as the grand finale.

This year, the festival is experimenting with hosting the same exact lineup twice in a row over two weekends, which means that the dates for the festival are April 13-15 and April 20-22.

Fans who didn't snag a pre-sale ticket last year may be repeatedly rebuffed right now as Coachella.com is crushed under the weight of its own success. But since the festival is technically twice as long this year, we're guessing that tickets will be a bit easier to obtain than last year, when tickets sold out exactly one week after the lineup was announced.

For now, enjoy the official 2012 lineup in an easily searchable format, or scroll down for a look at the official lineup poster. 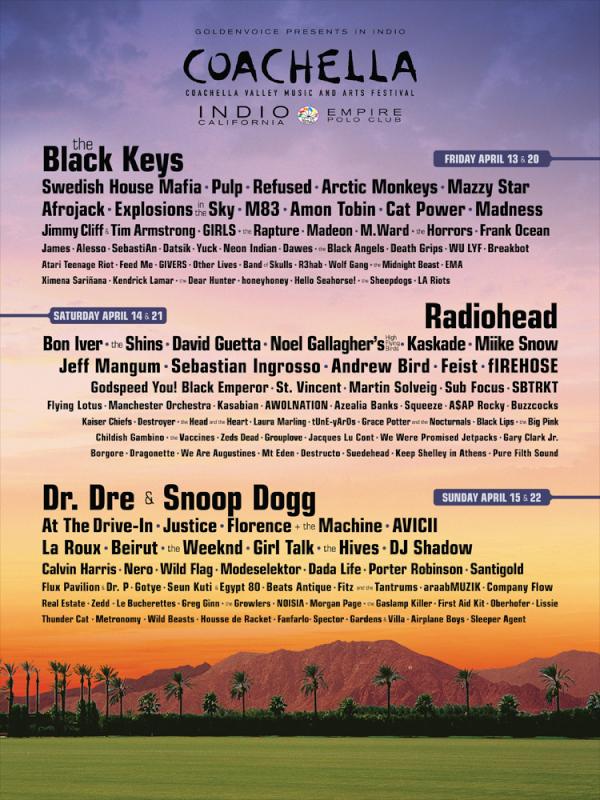 Take a look at our favorite performers and let us know in the comments which bands you're most looking forward to. 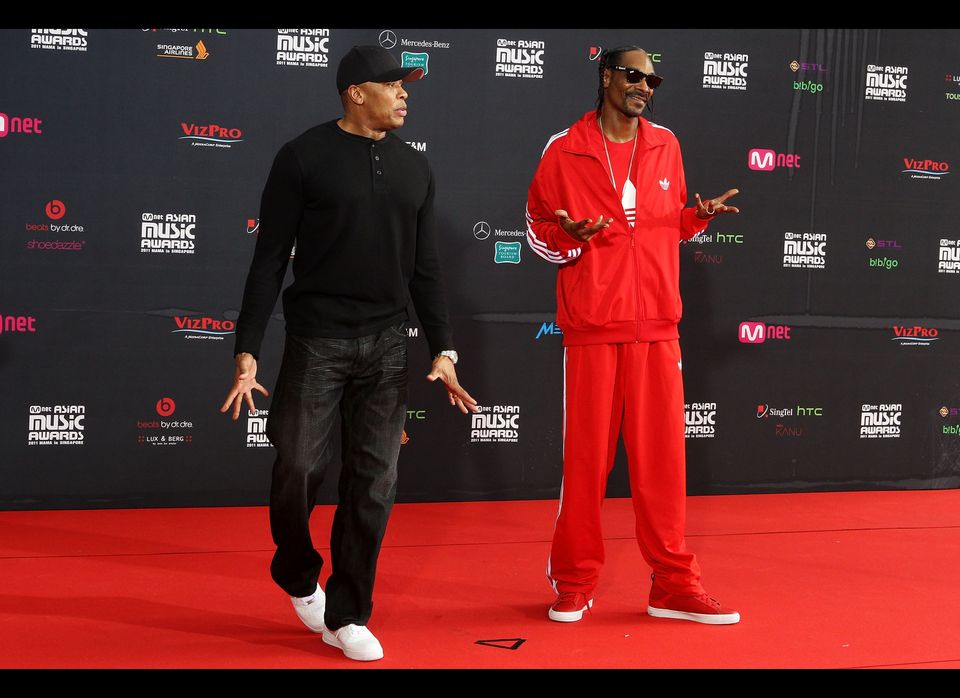