As Coachella's exclusive beer sponsor, Heineken has the responsibility of serving the festival's 80,000-plus daily attendees cold beer in the middle of southern California's scorching desert.

The beer company's famed domes will play host to a number of DJs who will interact with fans via user-controlled iPads that affect the lighting patterns projected onto the dome. High-definition videos will be displayed on the dome's ceiling, and attendees can make use of sunscreen dispensers and six beer taps pouring Heineken and Heineken Light.

But the domes are hardly the only way Heineken is making an impact at this year's festival. Coachella's exclusive beer sponsor is also providing cold storage for campers. Those staying on the festival's campgrounds can store their beer in a cooler that is only accessible by their own fingerprint.

In addition to the domes and cold storage, the beer giant has lined up 32 taps at the Heineken Light Pavillion, where over 200 brews can be poured each minute, each glass of which has been chilled twice. Misters will also keep those waiting in line cool.

The DJ line-up for the domes is as follows. Heading to Coachella? So are we! Let us know who you're most excited to see in the comments and keep an eye out lots of interviews with artists coming on HuffPost Entertainment. 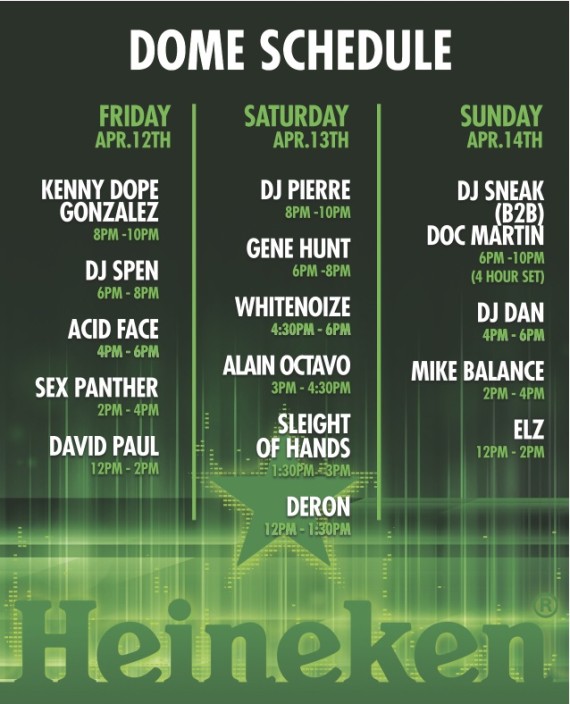