The annual concert festival that brings legions of middle class to somewhat affluent feathered fringed bikini babes and awesome face-painted dudes dropping acid while texting and buying merch? And which apparently features big name indie music at some point over two weekends in April? That's not here. That town is called Indio, California.

Here in Coachella, California, the "City of Eternal Sunshine," no one shoots YouTube videos about "How to Survive Coachella" with hints about SPF 55 sunscreen sticks and personal-sized hand sanitizer. Here you will find a mostly rural, agricultural, family-oriented community which struggles with poverty regularly. They also pick a lot of your food. 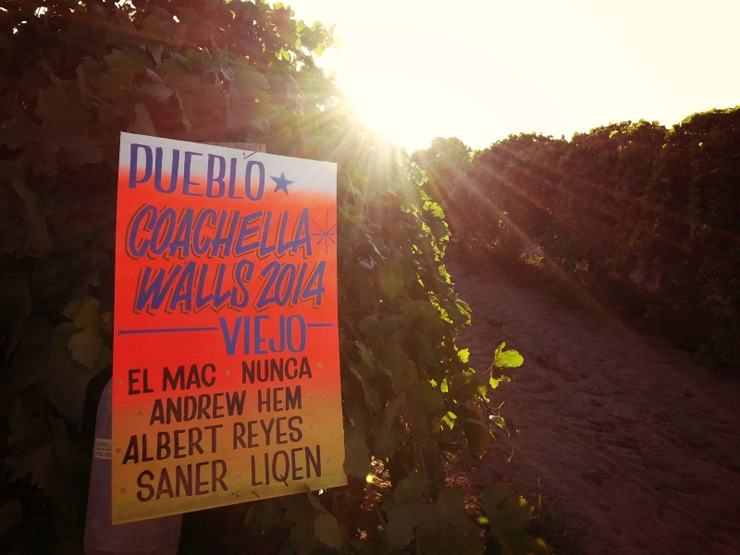 Inviting solidly remarkable street art and mural-painting talents to show some camaraderie with the working men and women in this community, the first annual Coachella Walls has now made its mark in the Historic Pueblo Viejo District of downtown. Here also is the recently opened Date Farmers Art Studios, which they hope will serve as the city's first art gallery and artist residency. 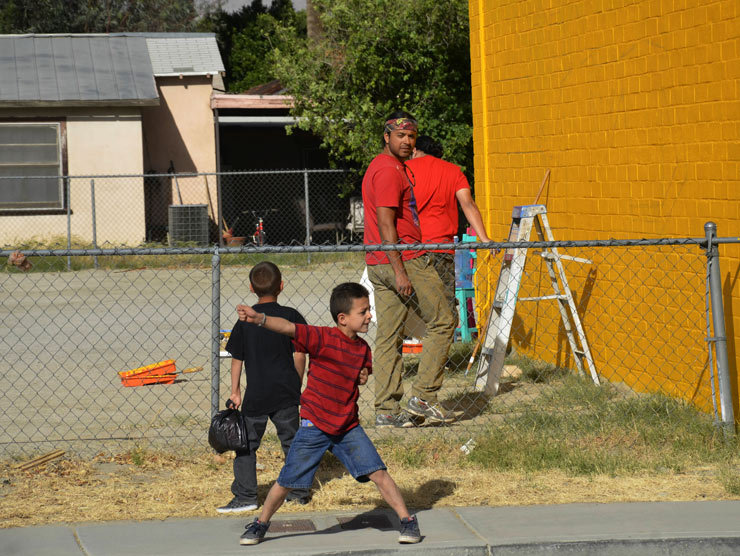 Armando Lerma of The Date Farmers keeps and eye on the rambunctious fans. (photo © Medvin Sobio)

According to the organizers, "Despite supplying the region with close to half a million dollars a year in vegetable crops, many of the farm workers in the Easter Coachella Valley continue to live in unsafe and unhealthy conditions." With murals, luck and a whole burlap sack of talent like this, Coachella Walls aims to bring awareness to these issues and others related to the life of the worker here. 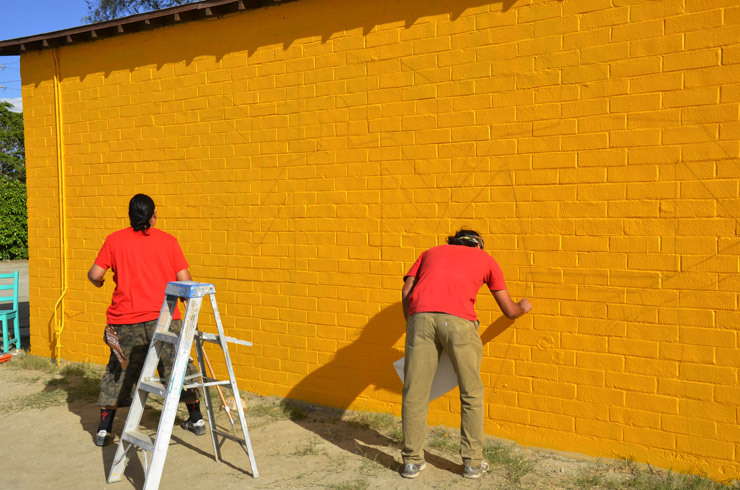 Medvin Sobio was contacted by the Date Farmers to help produce and curate the public art project, and he shows us some of the images that came out of this very first annual event. Coachella Walls is funded by the city of Coachella's public arts fund and is curated by Sobio, the director of The Academy of Street Art in Los Angeles. Our thanks to Medvin and the Date Farmers for sharing these images with us. 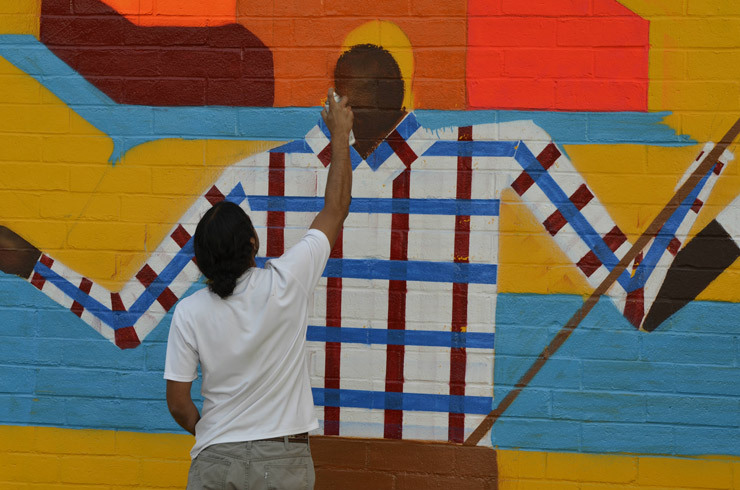 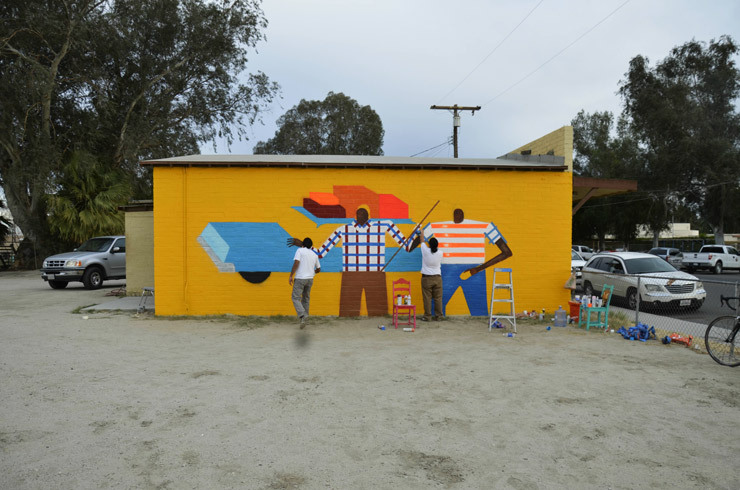 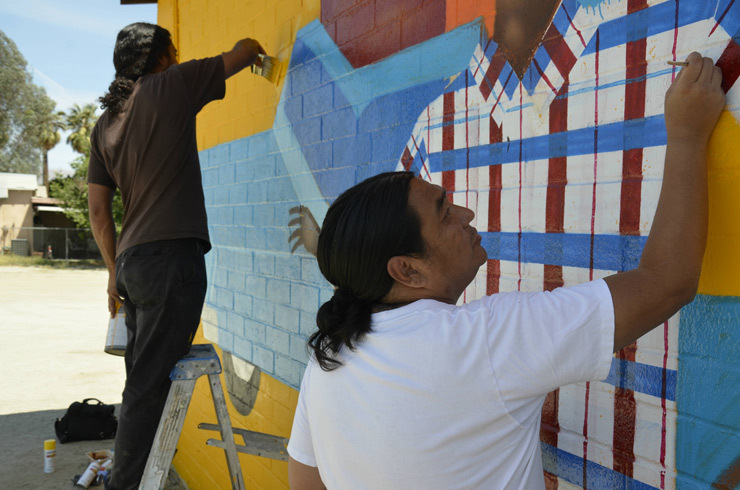 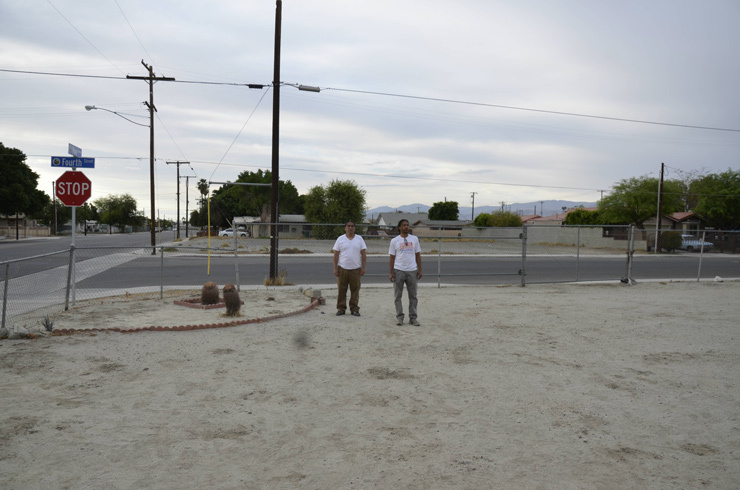 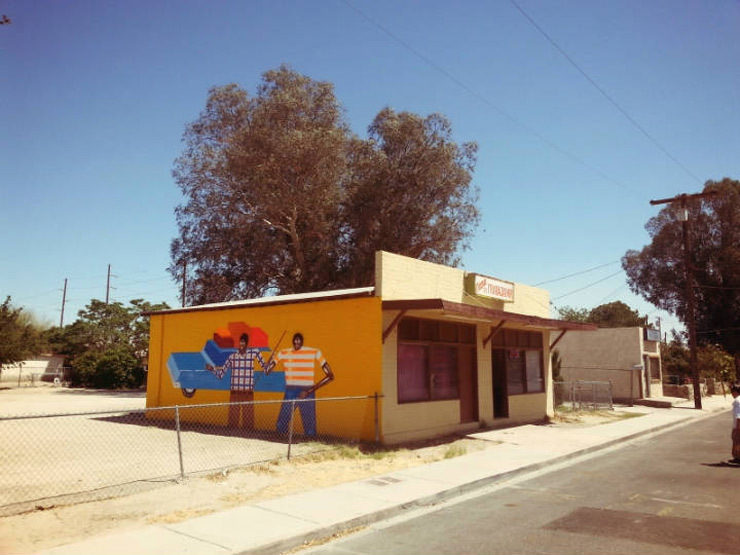 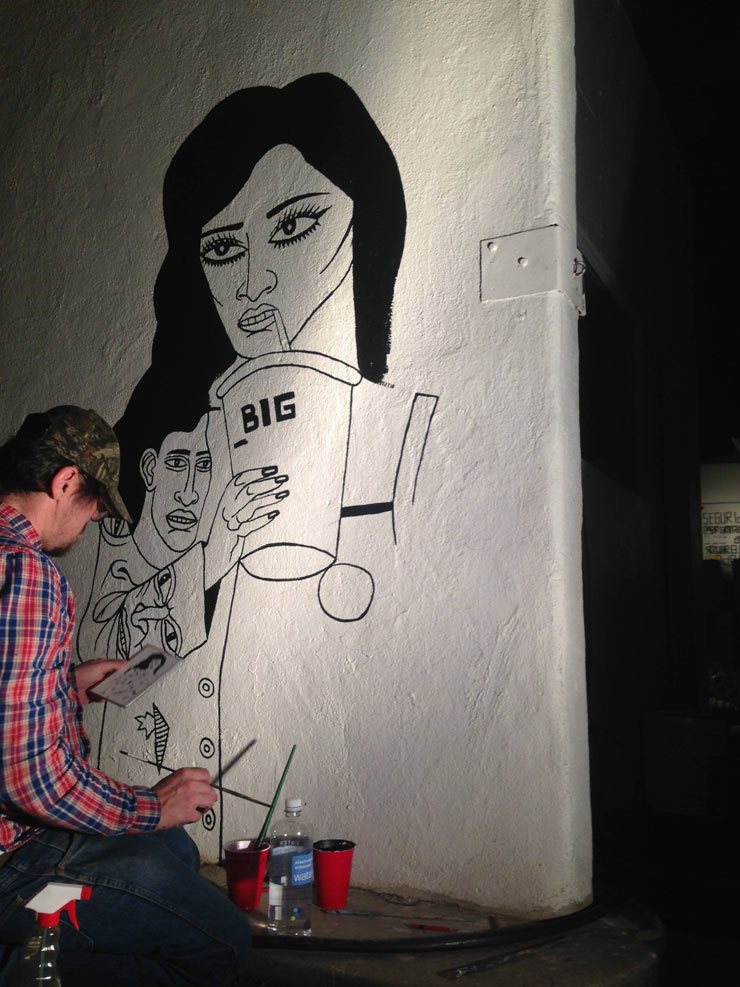 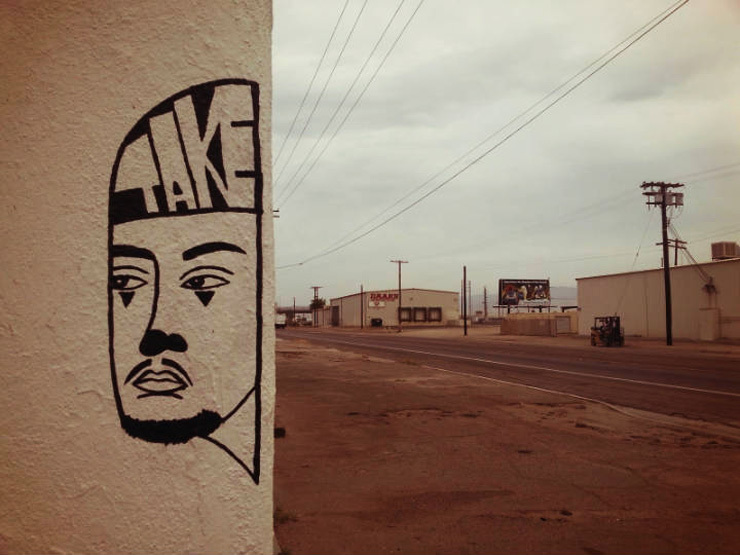 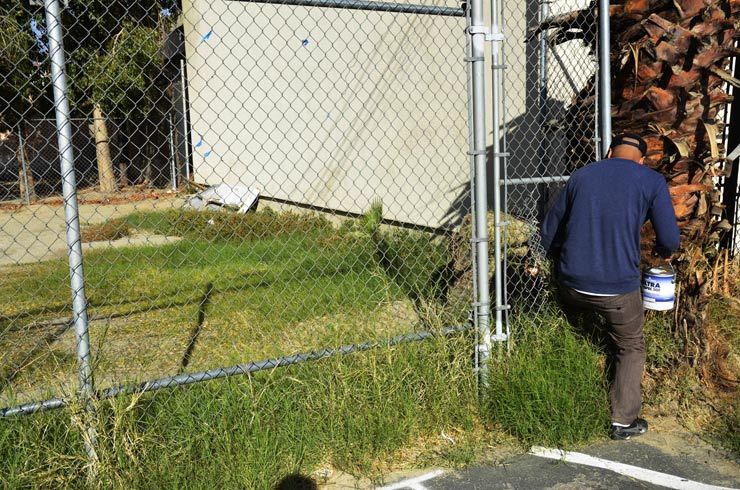 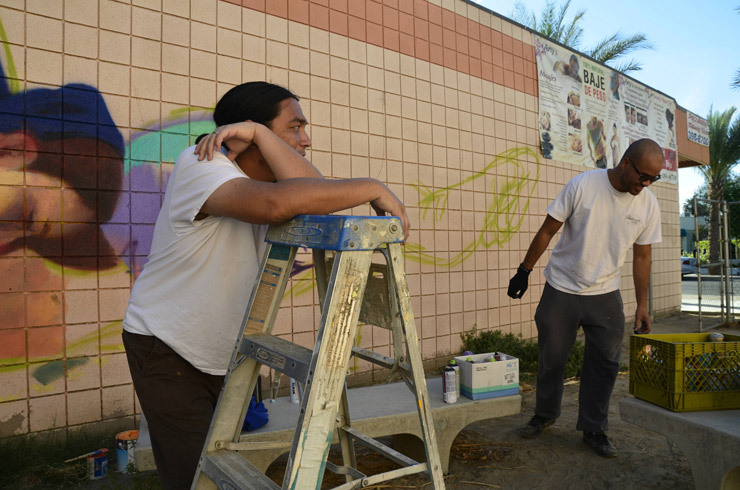 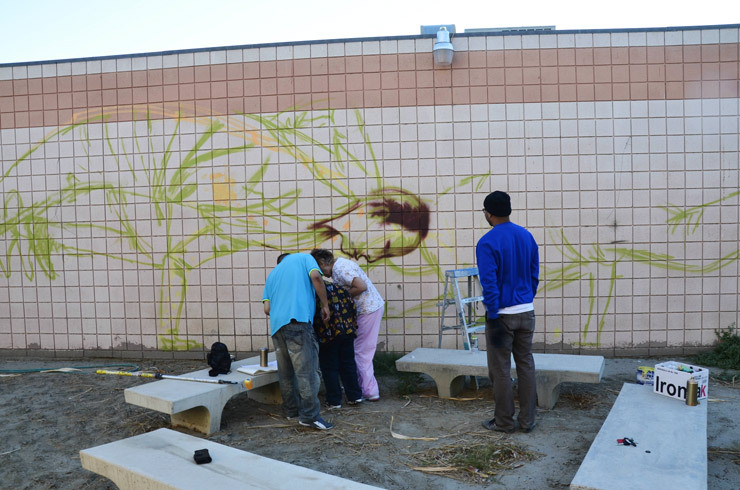 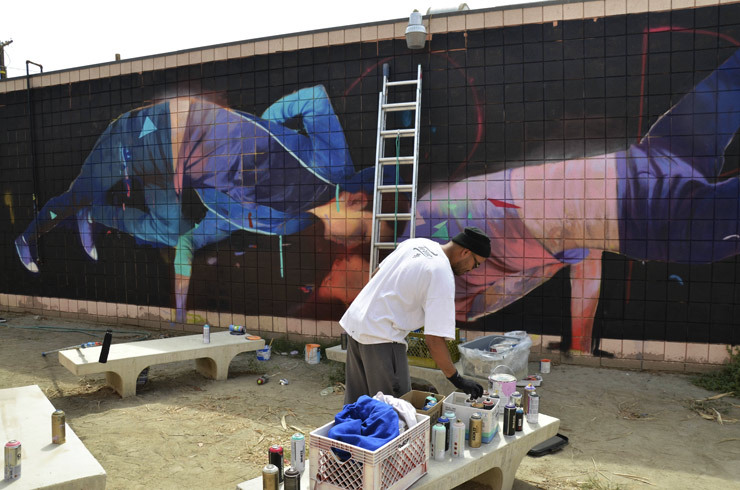 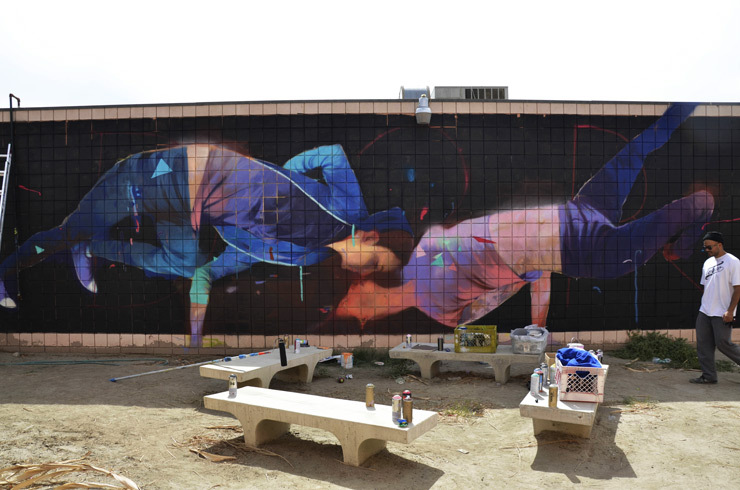 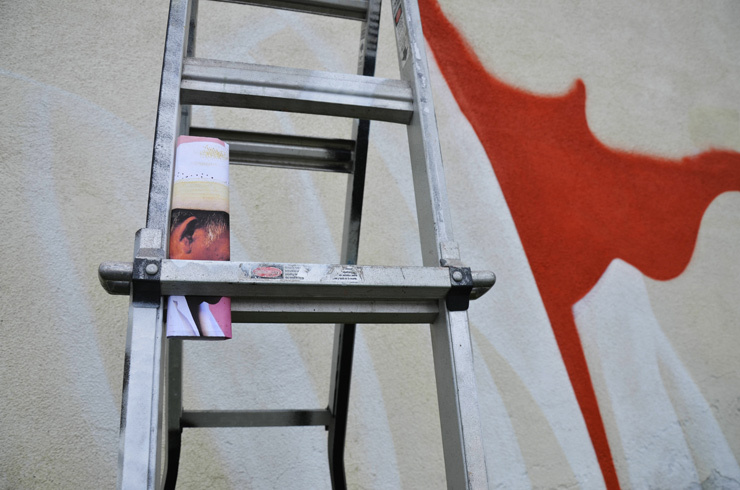 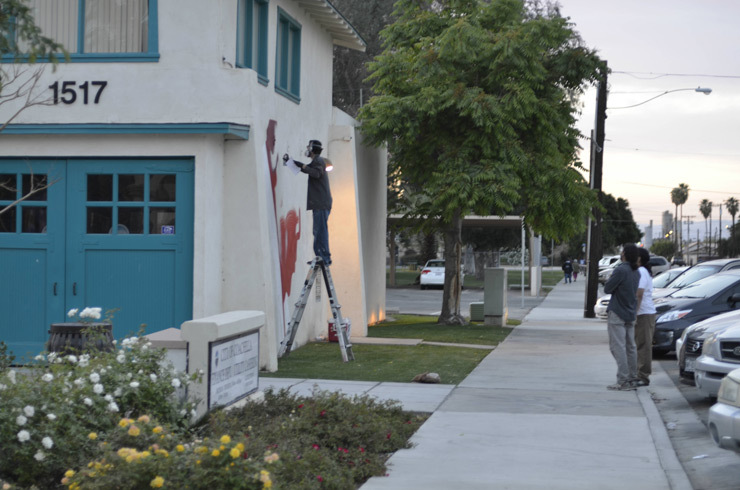 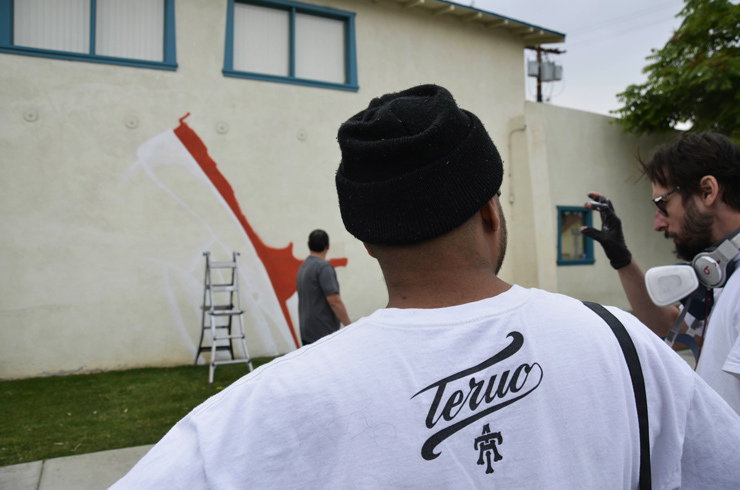 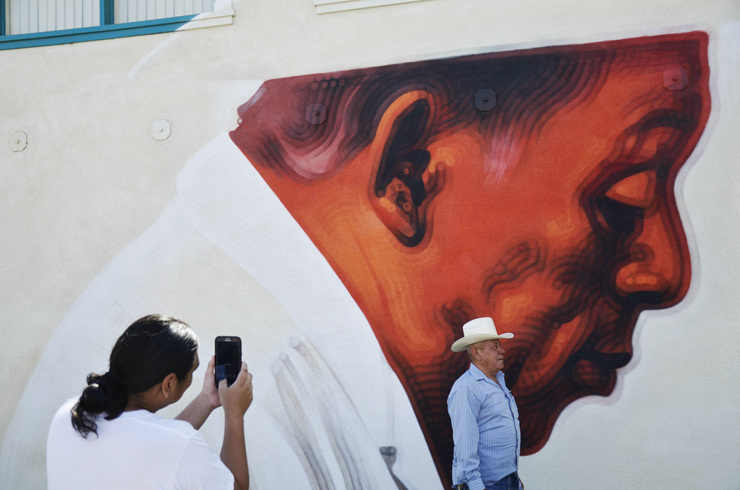 Says El Mac about this painting on his blog, "It's not intended to represent any one specific person, but rather many people, especially the "anonymous farm worker". Farm workers in this country have been marginalized despite producing the very food we all need for survival. The Coachella valley is an important region for farming, and has been the setting for many of the struggles by the UFW to to improve workers' rights since the 60s..and you can feel this history there." 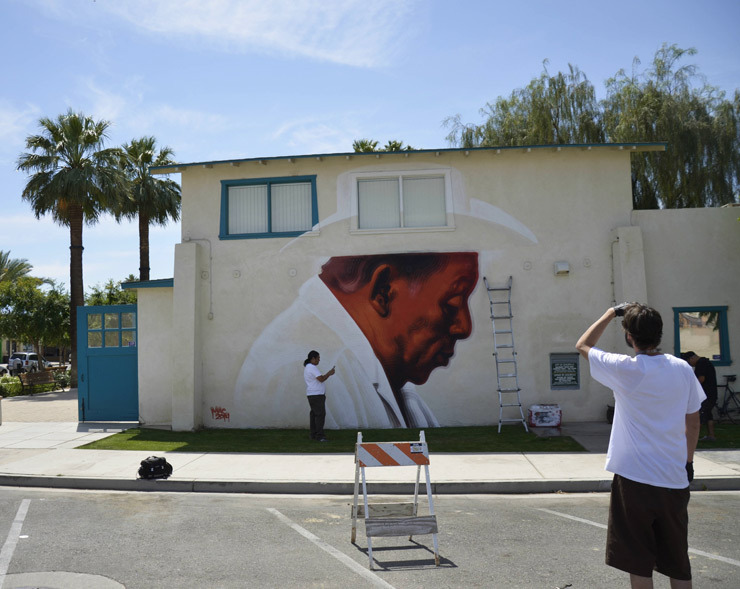 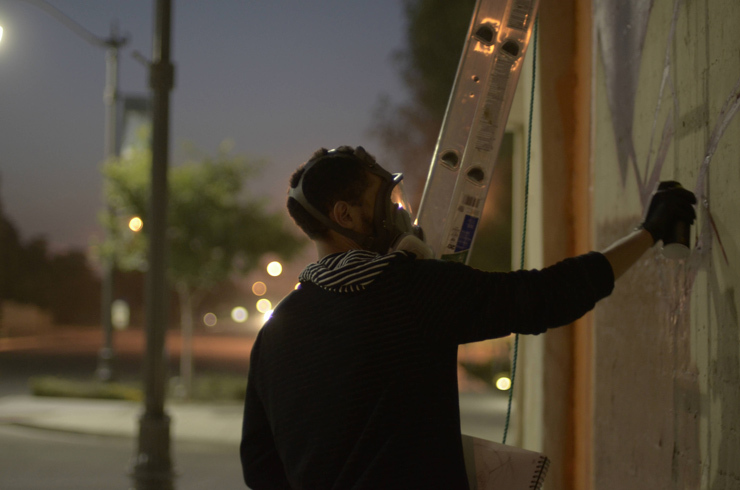 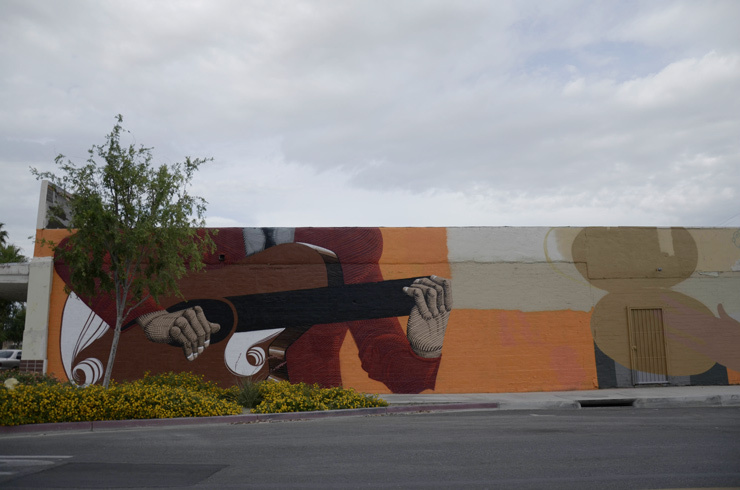 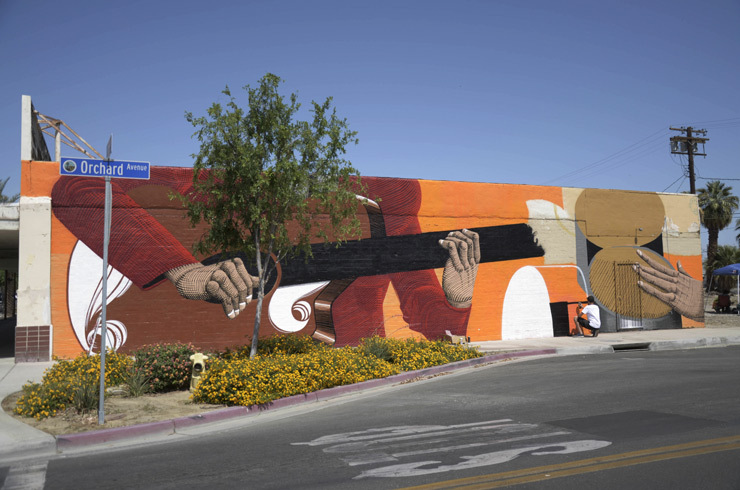 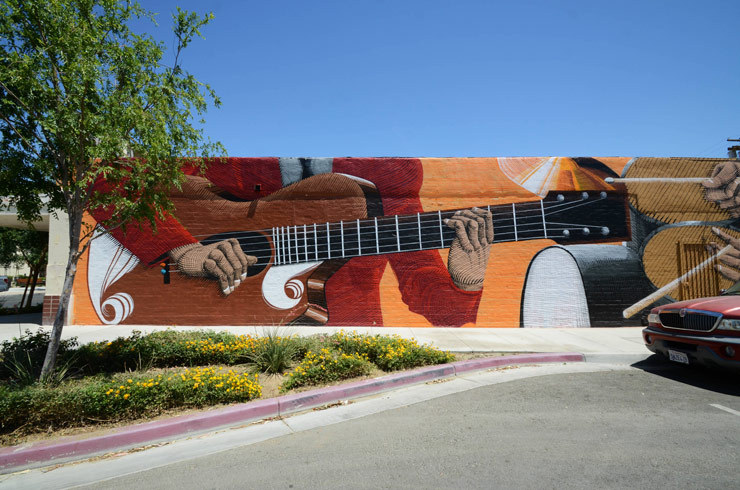