The EPA thinks coal ash is "special." Notwithstanding the fact that 25 million tons of the deadly stuff--20 percent of coal ash--is dumped into outrageously dangerous mine fills and will be overlooked in the new EPA ruling, and notwithstanding the fact that coal ash has proven links to cancer and an assortment of illnesses that makes the Gulf oil spill look like a cake walk, the well-meaning EPA kinda sorta relented to Big Coal lobby forces in making an announcement of new watered-down regulation options yesterday.

For half of our American populace that lives within an hour's drive of a toxic and deadly coal ash dump, the EPA's sorta kinda maybe 2-options proposal yesterday to regulate coal ash as a "special waste" and not a "hazardous waste" came as a crushing blow for coalfield residents and activists.

Coal ash chickens? Check out these chickens trying to feed on coal ash at Elisa Young's farm in southern Ohio and other national sacrifice zones in today. 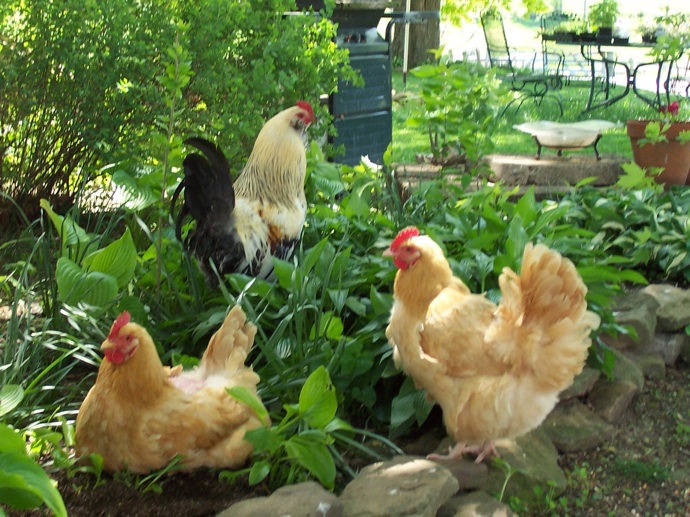 Check out this map of coal ash dumps coming to a watershed near you:

Say Elisa Young, a farmer in southern Ohio and one of the nation's indefatigable human rights activists:

"Industry's voice has drowned out citizens from the get go. I live in an environmental justice no-man's land on the boundary between two states and EPA regions where no one wants to take responsibility for what's being done to our health and safety. We're surrounded by coal and being swallowed up by more proposals. We desparately need protection. If we lay the bar on the ground so low with a rule so weak that it has to be strengthened before it can even get off the ground, what justice is that? Maybe we should reach a little higher."

Long before the TVA coal ash disaster, which cost our nation $1.2 billion in cleanup and devastated parts of eastern Tennessee's watersheds, Young has joined other coal ash-affected citizens in asking for a citizen's advisory board from the coalfield and coal ash frontlines to help balance EPA's decisions.

Here's an interview with her response to the EPA's new ruling:

JB: How will this ruling impact your region?

Young: We have the 2nd largest concentration of coal-fired power plants in the nation, and they want to build 4 more coal plants here - that's a lot of coal ash. The ruling and enforcement will definitely impact us.

A huge concern I have is that the EPA is looking to solely regulate landfills and impoundments--not "beneficial" use.

Common sense tells making it more expensive to put power plant waste into regulated landfills while ignoring "beneficial" use, will motivate power companies to create even more ways to disseminate the waste in our communities to bypass the expense of regulation.

There are several landfills and impoundments around us, some that will cost human life if they break, but the waste that's the closest to me is at the end of my driveway (see attached pictures) and in my garden when I turn the dirt.

CCW contains arsenic, cyanide, mercury, selenium, lead - I grow my food organically and don't consider these toxins as "beneficial" in my food chain.

I have to keep my chickens confined now because they want to drink out of the puddles in the road where the county dumps the power plant waste as "beneficial" road maintenance. When they dust their feathers in the dust crushed along the roadsides that's actually power plant waste.

We are 9th generation Appalachians, and have lived on this land for 7 generations (see picture of threshing party). Generations before us didn't have to worry about what was washing off the road into the pastures and hay fields. Now when it floods off the mine sites and across where they've dumped the power plant waste, bales of hay soak in it. (See pictures)

Maybe we should be thinking more seriously about the generations coming after us - if they will be able to live here at all.

In the EPA press release, Mathy Stanislaus, assistant administrator for EPA's Office of Solid Waste and Emergency Response, the agency office that will be responsible for implementing the proposals, says. "Environmentally sound beneficial uses of ash conserve resources ...lessen the need for waste disposal units, and provide significant domestic economic benefits. This proposal will clearly... differentiate these uses from coal ash disposal and assure that safe beneficial uses are not restricted and in fact are encouraged."

When all the building materials in our homes, schools, and public buildings are being made out of power plant waste and those buildings are being sealed up for energy efficiency, who is going to be tracking that for cumulative impacts if "beneficial" use is left out of this regulatory process?

We have a lot of people dying here from coal-attributable deaths. In the benefit-to-cost ratio chart, there is no mention of human costs, health care. There is reference later in the document to a study done in 2009 that considers human and ecological impacts, but I'll need to try and find that to see what statistical or dollar amount they put on human life. I'd like to see the breakdown of the devaluation of our homes and farms.

JB: Your view on EPA's view of categorizing coal ash as "special waste" not hazardous waste?


Young: I see no reason for the EPA to create a "special" category for coal waste beyond hazardous waste. It is toxic and fits the definition of hazardous waste according to the U.S. Environmental Law - Hazardous waste is waste, usually solid, that has the potential to: (see Resource Conservation and Recovery Act) cause, or significantly contribute to an increase in mortality (death) or an increase in serious irreversible, or incapacitating reversible illness; or pose a substantial (present or potential) hazard to human health or the environment when improperly treated, stored, transported, or disposed of, or otherwise managed. Coal ash causes cancer, strokes, hypertension, asthma, COPD and more in the way it's currently disposed of.

According to the Physicians for Social Responsibility, there are 30,000 people dying each year from exposure to coal combustion emissions and waste. That's 65 people a day, 7 days a week, 365 days a year. People had the decency to respectfully mourn the 29 miners who were killed in the UBB explosion last month. Double that number, and add 7 more, and that's how many people are dying each day - I'd say that's a substantial hazard to human health that qualifies as incapacitating reversible illness.

JB: The role of a citizen's advisory committee?


Young: Citizens have written and called the EPA for months to try and learn what's in the proposed regulation and get the documents for review - public comment periods are notoriously inadequate. Industry had over 40 meetings with the EPA during this same time to influence the regulatory process. When we could not get responses back to our requests from the EPA, some of us finally went to DC to try and meet with them: http://ohiocitizen.org/?tag=coal-ash

They met with us like they were fulfilling an obligation, but there was nothing productive that came out of the meeting.

While there, we requested that a citizen's advisory component built into the process, because we know from living in the communities that are being innundated with power plant waste what the current issues are, even if there's never been any testing to measure how bad those problems are after 50 years of dumping. Our perspective is a little different than career environmentalists or regulatory number crunchers.

They reiterated that we would have a public comment period after they'd decided what the regulation would look like. Anyone whose ever participated in a public comment period knows it's little more than a horse and pony show - they don't have to DO anything about your concerns or objections - they are only required to LOOK at it. It's not the same thing as having a voice in what would best protect our communities from current health and environmental onslaught.

JB: Do you prefer one of the EPA's options?


Young: I need to fully read it. The EPA refused our requests earlier to see the draft regulation, so this is the first I've had a chance to review it.

In the first few lines, though, I'm wondering why regulation is limited to electricity-producing utilities.

Will this take in developing technologies like "coal to liquid" facilities? There's a CTL proposed here in Ohio that has all the permits it needs to get rolling, and that facility alone would increase the demand for coal mining in our state 6-fold. That's a lot of combustion waste. The coal here is 6 times higher in mercury than from other areas - will any of this be regulated?