In a report destined to frustrate advocates for global action on climate change, the Paris-based International Energy Agency projected Tuesday morning that in five years' time, the amount of coal burned around the globe every year will increase by an additional 1.2 billion metric tons -- an amount roughly equivalent to the current annual coal consumption of the U.S. and Russia combined.

The uptick, virtually all of it attributable to rapid economic expansion in China and India, comes even as the U.S. continues to experience decreases in coal use for electricity generation amid the availability of cheap and plentiful natural gas -- which has a smaller carbon footprint than coal when burned.

Without even including India and China, however, the drop in U.S. coal consumption is easily negated by a commensurate uptick in coal use elsewhere in the world. And adding in those two countries, whose voracious appetite for cheap electricity has altered the global coal market over the last decade, presents what the IEA's executive director, Maria van der Hoeven, called "a troubling paradox."

"To the degree that affordable coal has allowed hundreds of millions of people in emerging economies to enjoy the conveniences that the industrialized world began taking for granted long ago, its proliferation is a blessing," van der Hoeven wrote in commentary accompanying the release of the report. "Yet for a society increasingly concerned about the amount of carbon it is sending into the atmosphere, the surge in coal burning is not good news."

The surge, the IEA noted, is unfolding in the continued absence of much-touted "clean-coal" technology, which would ostensibly capture and contain the carbon pollution arising from coal use, but which has so far failed to prove commercially viable. As it is, coal is the leading source of planet-warming emissions, accounting for more than 40 percent of all emissions currently, according to the U.S. Energy Information Administration. That figure is expected to increase to nearly half of global emissions over the next 25 years.

The IEA report comes against the backdrop of indecisive climate change talks in Doha, which closed earlier this month with little in the way of global agreement on cutting emissions. A raft of recent reports from a variety of organizations -- including the United Nations, the World Bank and others -- also suggest that the lack of action is making it exceedingly likely that global average temperatures will rise beyond levels that countries had previously agreed it would be best to avoid.

"This analysis underscores the need for a global movement to stop the madness of business as usual," said Daniel Kessler, a spokesman for the climate-action group 350.org. "Coal use can't be like a bump in a rug, moving from one spot to another. The reality is that we need to keep 80 percent of all fossil fuels underground if we are going to avoid the worst impacts from climate change. And that can only happen if we work across borders in a unified front against the fossil fuel industry, whose business model is dependent on cooking the planet."

If nothing else, however, the IEA numbers highlight the complexities of implementing global emissions curbs, and the tensions inherent in solving a problem that was created by already-industrialized nations, but which will be exacerbated going forward by developing economies keen on enjoying the same benefits of modern life at minimal cost. Despite regional booms in natural gas development, and excluding the costs of its impact on human health and the environment, coal remains, on a global average, as much as 7 percent cheaper than natural gas for generating electricity, and 19 percent cheaper than nuclear power.

While the two countries are at vastly different stages of development, China and India -- the planet's two most populous nations with over 1 billion inhabitants each -- will account for more than 90 percent of the global uptick in coal use over the next five years, or 77 percent and 22 percent, respectively, according to the IEA report. Both have contributed significantly to the global expansion of coal-based electricity generation, which has more than tripled over the last three decades.

In an analysis published last month, the World Resources Institute, a sustainable development advocacy group, identified plans for as many as 1,200 new coal-fired power plants worldwide. Roughly 76-percent of that proposed coal-fired capacity was located in China and India.

By almost any measure, China is now fully industrialized, accounting for the highest share of global greenhouse gas emissions. On a per-capita basis, China is still somewhat less polluting than the U.S., though it now roughly matches per-capita emissions in the European Union.

But the IEA report suggests that even if China's impressive annual economic growth rate were to fall by half over the next five years, coal demand would still increase -- both globally and in China. And following China's lead, economic growth in the rest of the developing world -- and the attending demand for cheap and accessible electricity -- still has a very, very long way to go. "Even if every currently proposed power plant in India is built, then by 2020, India will still only have the power generation capacity equivalent to one-half of the level the U.S. had in 1950," said Laszlo Varro, the head of IEA's gas, coal and power division. "Most of these power plants," he added, "are coal plants."

India is expected to become the world's largest seaborne importer of coal by 2017, according to the IEA.

Last month, the World Bank issued a dire analysis that, "without further commitments and action to reduce greenhouse gas emissions, the world is likely to warm by more than 3-degrees Celsius above the preindustrial climate." The organization warned that even if the current emissions reduction commitments and pledges made by various nations are met, an increase in global average temperatures of as much as 4-degrees Celsius, or 7.2-degrees Fahrenheit, is possible. 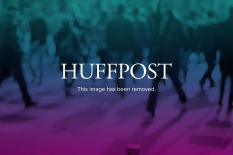 Workers cycle past a coal-fired power plant on a tricycle cart in Changchun, in northeast China's Jilin province, in 2010.

"A 4-degree Celsius world would be one of unprecedented heat waves, severe drought, and major floods in many regions, with serious impacts on ecosystems and associated services," the World Bank noted -- though the organization came under fire more recently for what critics called its "hypocrisy" in arguing for action to curb global emissions, while also considering financing for a coal-fired plant in Mongolia.

Robert Bisset, a spokesman for the World Bank's climate policy and finance division, pushed back on that charge, however -- and highlighted the disproportionate responsibilities that he believes must be reckoned with if nations are to find a way forward on the climate conundrum.

"The problem with coal emissions rests squarely in the most highly-industrialized nations," Bisset said. "If you took all the developing countries in the world and added up all their emissions together, it still would be one-third of the emissions of the U.S., European Union, and China combined -- just one-third.

"The World Bank Group only invests in coal in very rare circumstances," he added, "when poor countries have no other realistic options to rapidly ramp up renewable energy alternatives and power is needed for basic energy needs for hospitals, industry and factories, and to light schools, heat homes and cook meals."

Tuesday's IEA report notes that aggressive carbon pricing could help drive down the use of coal globally, although such pricing would have to expand well beyond regional markets like that currently deployed in Europe. "The European carbon market has had very little impact on coal use," IEA analyst Varro said, adding that government policies that drive development of renewable energy sources like wind and solar can also mitigate the coal trend.

In the absence of a high carbon price or rapid expansion of renewables, low-priced natural gas can effectively reduce coal demand, the organization noted -- though whether the U.S. experience on this front can be replicated in places like China or India is an open question. Varro noted, for example, that while China has deep pockets of natural gas trapped in shale strata similar to that in the U.S., a variety of factors -- including geology and water scarcity -- are hampering development of the resource.

"If the Chinese want it, anything which does not contradict the laws of physics tends to happen very rapidly in that country," Varro noted. "But shale gas does not seem to be happening very rapidly."

All of which leaves advocates for cooperative action on climate change worried.

"The new IEA forecast brings concerning trends regarding the world's increasing dependence on coal," said Ailun Yang, a senior associate with the World Resources Institute. "The bottom line is clear. Coal is not dead or even dying. In fact, it's thriving in many parts of the world. It's particularly troubling for people in the developing world, where the majority of future coal plants are projected to be.

"There seems to be a growing belief that coal is 'inevitable' for economic development," Yang added. "Certainly, everyone has the right to reliable and low-cost energy, but there are clearly more sustainable choices available. We need to decouple coal from economic development to reduce the negative impacts on people's health -- and the global climate."