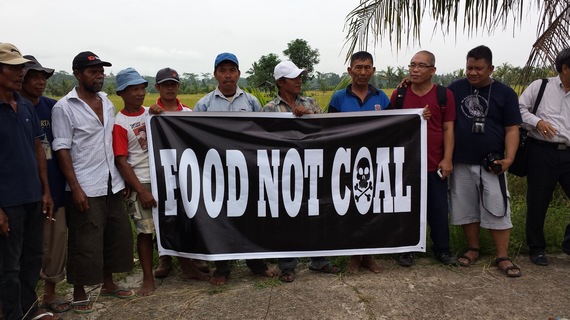 Today Greenpeace released a mountain of evidence highlighting how coal mining is destabilizing the Indonesian economy. From restricting the country's market growth and capital investment, to diminishing livelihoods, to exacerbating poverty, coal is having disastrous effects on an otherwise diversified and thriving economy. So while U.S. coal exporters eagerly eye the Pacific Northwest, it's worth knowing what's happening to the economy of the world's largest thermal coal exporter.

The fact is an over-reliance on coal, contrary to industry rhetoric, is actually weighing down the rapidly developing Indonesian economy. The country has witnessed an enormous coal mining boom over the last decade making it the number-one thermal coal exporter in the world. The problem is it has done little to improve the lives of locals. That's because most of the raw material is exported, but most of the aftermath is felt in Indonesia. 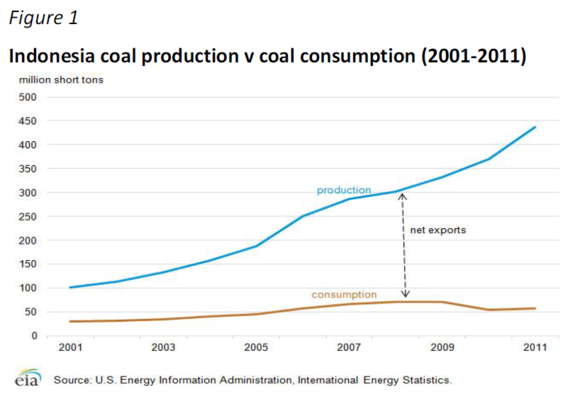 Even more startling is just how little this investment in coal has done for average Indonesians. It has contributed only marginally to domestic growth relative to its significant costs on local communities, the environment, infrastructure, and poverty. Coal exports make up only 3 percent of the national economy while domestic coal use makes up only 1 percent (see Table 2 below).

Despite this small effect on Indonesia's economic fortunes, coal development has been particularly disastrous for the rural poor. It has devastated local communities reliant on agriculture, fisheries, wetlands, streams, and forested lands. Worse, Indonesia has not seen a dramatic increase in energy access due to its intensive coal production. In Samarinda (Indonesia's Appalachia) 39 percent of households still have no electricity access. So much for Peabody's claims about energy access for all.

Worse, this reliance on large-scale coal exports has placed the entire Indonesian economy at risk. Dramatic swings in global demand are wreaking havoc on the country's foreign currency reserves. Those reserves are depleting thanks to a volatile market which major coal price indices show have been declining since 2011.

That decline means Indonesia now faces an account deficit for the first time since the early 1990s. That's due in large part to its reliance on income from raw coal exports which brings in much-needed foreign currency. But with volatile coal prices comes volatile currency swings; swings that can cause investors to flee creating macro economic shocks like the Asian financial crisis of the late 90's that can take decades to recover from. 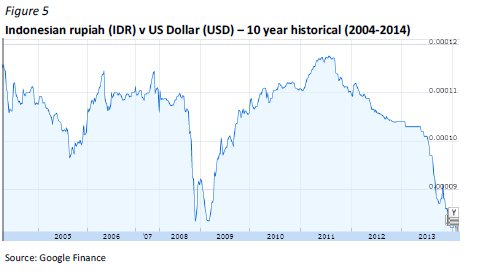 The problem is it will only get worse. Over the past few years, the global coal market has proven to be increasingly unpredictable. Systemic weakness in the global coal market are further affected by China's economic growth, caps on coal production and consumption, and increasing investment in renewable energy. China's structural shift toward renewables even has straight-laced analysts like Citi seeing a once unthinkable peak in coal consumption just over the horizon.

So as U.S. companies eagerly eye the global coal market, especially China, what has happened to Indonesia's economy should be a cautionary tale. Coal has done little to improve the livelihoods of the communities where it operates. Now it threatens the economy as a whole. Quite the legacy, America.