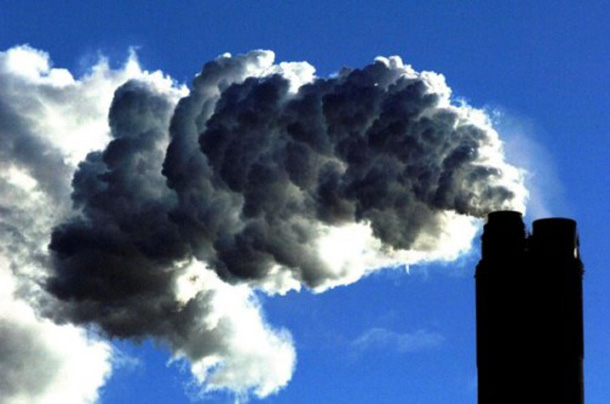 Just one day after the election, the Ohio-based Murray Energy coal company announced it was laying off 163 workers. Why? Company CEO Robert Murray blamed the Obama administration's "war on coal."

"The decision to lay people off was difficult and complicated," a Murray Energy spokesman explained in an email to Bloomberg News. "First, the Obama administration's war on coal has already destroyed coal markets and resulted in the need for layoffs. Second, the layoffs were more severe due to the anticipation of further damage to coal markets caused by the Obama administration's disastrous war on coal."

Sound familiar? It should. After all, the "war on coal" mantra was repeated ad nauseum during the campaign season. The only problem with it, as a number of recent studies have pointed out, is the coal industry's woes are largely due to low natural gas prices and the rising cost of mining--not government regulations. And despite recent layoffs, just a year ago the total number of coal jobs nationwide was at its highest level since 1996, according to Mine Safety and Health Administration data.

That's not to say that tighter regulations on coal-fired power plant emissions won't impose additional costs on the industry. But the benefits of those regulations far outweigh their costs, which go way beyond what ratepayers fork over every month. A 2011 Harvard Medical School study, for example, calculated the "life cycle" cost of coal in 2008--including its impact on miners, public health, the environment and the climate--at $175 billion to $523 billion, with a best estimate of $345 billion.

In the meantime, changing market conditions have forced coal-fired plant owners to take a second look at their oldest, dirtiest, least efficient facilities. As of this June, utilities have announced plans to retire 288 of the nation's 1,457 coal-fired electricity generators.

That's a good thing, but the scheduled closings should be just the beginning. They only amount to 41 gigawatts (GW)--accounting for roughly 4 percent of total U.S. electricity consumption. According to a new report by the Union of Concerned Scientists (UCS) titled "Ripe for Retirement," there are as many as 353 additional uncompetitive coal-fired units, equal to 59 GW of generating capacity, that also could be shut down.

By any measure, these units are decrepit. Their average age is 45 years, significantly older than the typical coal-fired generator's expected 30-year lifespan. Seventy percent of them lack modern emission controls. And they're running at only about 47 percent capacity--well below the U.S. coal fleet's 64 percent average.

The states with the most ripe-for-retirement generating capacity are, in order, Georgia, Alabama, Tennessee, Florida and Michigan. The five utilities that own the most of the outdated units are, in order, Southern Company, the Tennessee Valley Authority, Duke Energy, American Electric Power Company and First Energy.

"About 40 percent of the 59 gigawatts of ripe-for-retirement coal capacity are economically vulnerable even before you factor in the cost of new pollution control technologies," said Steve Frenkel, director of UCS's Midwest office and co-author of the report. "In all of the regions of the country we looked at, there is sufficient underutilized natural gas and renewable energy potential to more than replace uncompetitive coal generators."

The report found that retrofitting these obsolete 353 coal-fired generators--nearly a third of the 1,169 units that would still be operating after the industry's first round of closures--likely would be more expensive than building new natural gas-powered plants and, in many cases, installing wind turbines.

The report did not calculate the cost of meeting federal clean air standards, but it did factor in the cost of installing the most effective pollution controls available for sulfur dioxide, nitrogen oxides, mercury and particulate matter, or soot. The coal industry has been fighting new clean air standards for years, warning that they could lead to blackouts and brownouts.

"Without a clear path forward to replace the electricity capacity, the EPA's [Environmental Protection Agency's] regulations present a challenge to reliability for the first time in the history of the agency," the American Coalition for Clean Coal Electricity said in a statement. "In a time when energy consumption is growing, regulations that force premature closures of power plants is [sic] a concern."

A July 2012 report by the Government Accountability Office, however, concluded that the new federal standards "may contribute to reliability challenges in some regions" but "are not expected to pose widespread concerns." Furthermore, the "EPA and some stakeholders GAO interviewed indicated that these actions should not affect reliability given existing tools." The GAO estimated that the industry likely would have to retire 2 percent to 12 percent of coal-fired capacity, but acknowledged that low natural gas prices likely would trigger those closures anyway, regardless of any new regulations.

UCS, meanwhile, found that the coal industry could shutter as many as 353 generating units and maintain reliability, partly due to the fact that the United States is projected to have 145 GW of excess capacity by 2014. UCS is calling on the industry to consider shutting down 59 GW of coal-fired capacity on top of the 41 GW already earmarked for closure for a total of 100 GW.

"With appropriate planning, the vast majority of these coal generators could be closed and replaced with cleaner, more affordable resources," said Jeff Deyette, a UCS energy analyst and report co-author. "Every region of the country could replace retired coal generation units by ramping up underutilized natural gas plants, increasing renewable energy through existing state policies, and reducing demand through current energy efficiency programs."

Although the report looked at replacing lost coal capacity with natural gas, which emits roughly 60 percent less carbon dioxide than existing coal-fired plants per unit of electricity produced, much bigger reductions would be realized if all the 100 GW of coal capacity were supplanted by wind power and other carbon-free sources and energy demand were dampened by aggressive energy efficiency measures. In that case, UCS estimates that carbon emissions would be slashed by 410 million tons annually, the equivalent of more than 16 percent of the U.S. electric power sector's carbon emissions in 2010.

Deyette pointed out that there are standards already in effect in 29 states and the District of Columbia requiring utilities to boost their use of renewable energy that have spurred construction of new wind, solar, geothermal and bioenergy facilities. At the same time, energy efficiency measures in 27 states are tamping down demand. From 2012 through 2020, he said, these renewable energy standards are projected to generate 55 GW of new renewable energy capacity, and state energy efficiency policies likely will reduce national electricity use 5.7 percent by 2020.

"This is a historic opportunity to accelerate the transition to a clean energy economy," Deyette said. "We have some major decisions to make in next three to five years. We can either continue to lean heavily on the energy of the past, or we can establish a more resilient energy system, protect public health, and reduce the threat of global warming. I know which path I would choose."