Friday is the end of the world, at least if you believe the mysticism that surrounds the final date of the centuries-old Mayan calendar.

Indeed, there's some talk of prepping for doomsday, but America's leading talker on UFOs and unexplained phenomena won't be addressing his millions of followers from a subterranean bunker.

In fact, he's pretty sure life will go on, even if it will be filled with controversy over secret government files on what our leaders truly know about extraterrestrial visitations.

"I'm a staunch believer that, no matter what kind of a roller-coaster of life we may be on, we're gonna be here. It's not going to be rosy or a smooth ride, but we're gonna make it and one of the things I always say is we're in this together, no matter what," said George Noory, host of "Coast to Coast AM," the most listened to overnight radio program in North America, heard by an estimated 3 million weekly listeners on more than 560 stations and streaming to 10 million more Internet followers. 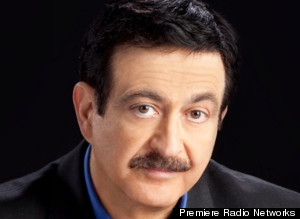 "Any calamity that might occur doesn't affect one, it affects all of us, and we'll get through it together as a team, one way or another," Noory, pictured at left, told The Huffington Post. "Is it going to be an end-all for us? Probably not around that time period. Strange things could happen at any time now."

Each night on "Coast to Coast AM," listeners are captivated with discussions on news and current events, with heavy doses of UFOs, ancient aliens, conspiracy theories, alternative medicine, life-after-death and all things curious and unexplained.

With so many people around the world wondering what will or won't happen this Friday, "Coast to Coast AM" has offered countless programs, giving its audience credible sources of information. From doomsday scenarios and phobias to NASA debunkers and religious thinkers, the program leads the pack of mainstream broadcast media in sifting through the end-of-the-world possibilities.

The "Coast to Coast AM" fan base includes some well-known -- and diverse -- music, television and movie personalities.

"These days, it's no surprise that at the close of an evening's performance...my main late night experience is tuning in to 'Coast to Coast' radio. In addition to the subject matter, I think that George Noory has a very pleasing demeanor and actually has the ability to put us at ease." -- Billy Gibbons, singer-guitarist-composer and founder of the 40-year-plus blues rock band ZZ Top, 2004 Rock and Roll Hall of Fame inductees. Gibbons also has a recurring role on Fox TV's "Bones" series.

"If I'm driving anywhere at night, I immediately go to George Noory's program because I know that he's going to be talking to interesting people about very interesting things -- sometimes they're very exotic, seemingly implausible things, but George, as a consummate host, treats everybody with respect and real interest."

"I have always been fascinated by the left of center -- the paranormal, science fiction, fantasy, conspiracy theories -- those are all right up my alley. Of course, a lot of my acting career and comic book writing has been in the genre of sci-fi. I can count on ['Coast to Coast AM'] to inspire me to do some more research on specific subjects that the topics on the show will inspire me to dig deeper into." -- Bill Mumy, who played child prodigy Will Robinson in the classic 1960s science fiction TV show, "Lost In Space," is currently a musician, comic book writer and voice-over talent.

Boone, Mumy and Gibbons all have their own opinions on the ever-looming end of the world.

"I feel that nobody knows. I just read again the 22nd chapter of the book of Proverbs in the Bible that a prudent person sees approaching danger and makes preparation; the simpleton ignores it and suffers the consequences," Boone, pictured below, told HuffPost. 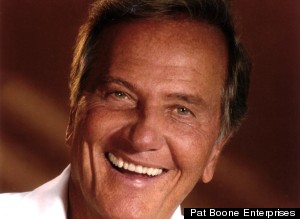 "So, we try to be prudent and we built a permanent shed with a diesel-operated generator. We have a nice place to put food and water, blankets and survival stuff, if we had to have it," Boone said. "We just think that we should be prepared. If experts are telling us certain things may happen, we don't know if they will or not, but to simply ignore them and done nothing in case the predictions are right, seems not a wise choice, so we've taken some precautions.

"When it comes to the Mayan prophecy...who knows? I'm not spooked and I just think we will continue to look at and watch for signs."

On the old "Lost In Space" series, Mumy's Will Robinson character was constantly being warned of impending danger by the space-faring family's resident robot. But does he feel any danger in the air over December 21? 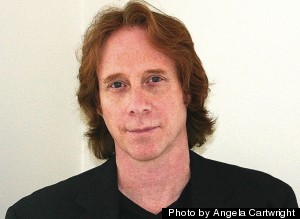 "I was very, very wound up about that last year, and the more I've studied it, the more I feel like it is simply a turning of the page," Mumy, pictured at left, said. "I don't expect the poles to shift. I don't expect a giant meteor to hit the Earth.

"What would be very interesting is some type of solar flare that might take out the grid for a while. That could precipitate a shift in consciousness. I'll tell you this much. On December 21st, I will be in my home, and everybody will be here. As the patriarch of the Mumy world, my little world is going to be all together then, and we're just gonna sit here."

Gibbons, pictured below, isn't quite sure what he thinks may or may not happen on Friday, when the Mayan civilization calendar is reportedly ending. He and his ZZ Top bandmates had even considered an end-of-the-world performance. 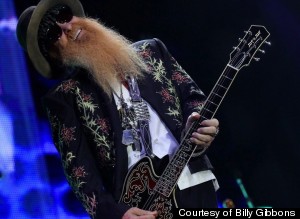 "Just this year, we've talked about it in the dressing rooms a few times, and we couldn't decide if we wanted to have an end of the world blowout show or the next day would be a celebration show. I think everybody is scratching their heads and going, 'Well, they don't say what's gonna happen -- they just observe the end of the calendar.' So, it's looming."

Noory has a personal reason for not wanting to see the world end on Friday. In January, he'll mark his 10th anniversary as host of "Coast to Coast AM," and he'd like to see that happen.

"The problem with all of this is how long do you plan for? A week? Two weeks? Six months? Not a lot of people are capable of planning for anything that might go any longer than a week or two. But I think humanity is going to survive," Noory said.