Manly men of the world, ever wish you had more chest hair? If so, this is just the coat for you.

Developed by the British arm of global dairy company Arla, the new Man-Fur Coat is created from discarded male chest hair, according to food industry news blog The Grocer.

"We commissioned the Man-Fur Coat as a wakeup call for the nation's gents," a Wing-Co. spokesman said, according to The Grocer. "A way to encourage them to readopt the values of assured men's men from yesteryear."

The furry brown garment took four designers 200 hours to produce, according to the BBC. Hair for the coat was donated by 300 male volunteers, whose discarded chest hairs filled more than a dozen cardboard boxes.

The coat is apparently supposed to help promote Arla's new Wing-Co. chocolate dairy drink, a protein-rich beverage for the masculine set. Launched in April, Wing-Co. supposedly has 40 percent more protein than average chocolate milk, although it's still unclear what exactly protein-packed milk has to do with chest hair.

Customers who wish to see what all the hype is about can buy the garment for £2,499 (roughly $3,900), according to BuzzFeed.

It probably would match perfectly with this British bride's wedding dress, which was crafted out of human hair in 2011.

PHOTO GALLERY
Coat Made Out Of Male Chest Hair 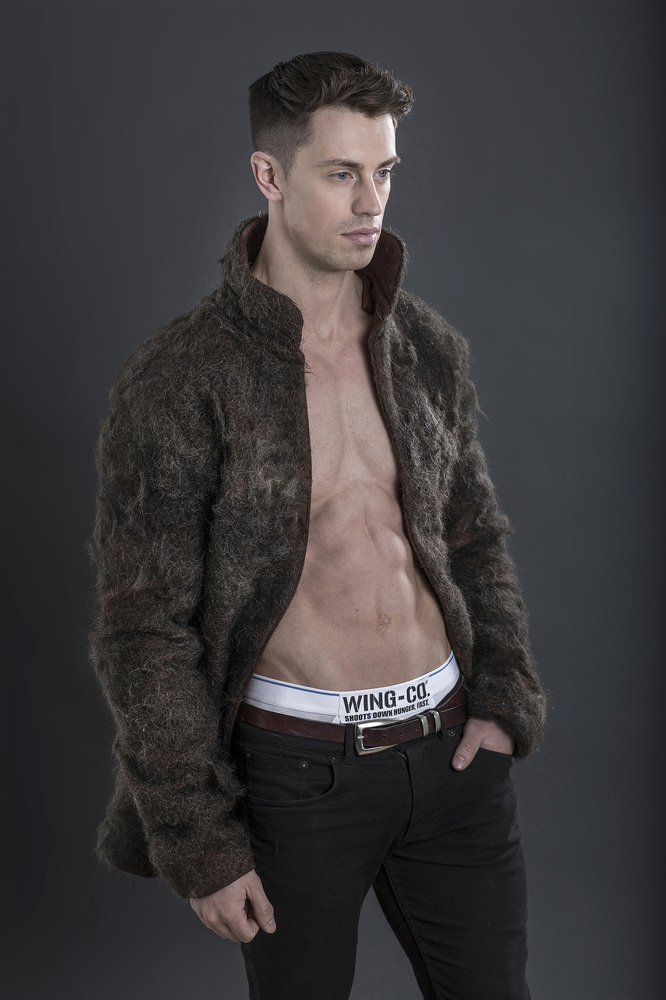 1 / 4
Coat Made Out Of Male Chest Hair
Man-Fur Coat: A male model is pictured wearing the world's first fur coat made from 100% male chest hair. The coat was commissioned by milk drink for men 'Wing Co.' as a protest against the widespread 'manning-down' of British men, typified by clean-shaven chests and emasculating fashion. The coat features over one million strands of male chest hair, took a team of fashion designers over 200 hours to create and carries a price tag of £2,499. (<a href="http://wing-co.co.uk/" target="_blank">WING-CO</a>)
WING-CO