Together with the World Wildlife Federation, on June 23 Coca-Cola unveiled a billboard in the Philippines that's actually good for the city it inhabits.

The 60 x 60 foot living billboard in Manila is made of thousands of Fukien tea plants surrounding the iconic curvy shape of a silver Coke bottle. The project with the CO2-eating plants was created in conjunction with Coca-Cola Philippines’ Live Positively sustainability program.

Pots made from recycled bottles contain the 3,600 trees, which live off a mixture of organic fertilizers. Though they are currently in the first stages of growth, the plants are expected to grow quickly, completely taking over the billboard surface, absorbing a total of 46,800 pounds of carbon dioxide from the atmosphere.

Previously, a similar project by Tropicana took to France with billboards powered entirely by oranges for it's Energie Naturelle campaign.

What do you think: An awesome and creative effort, or too small of a step toward sustainability? Let us know in the comments. 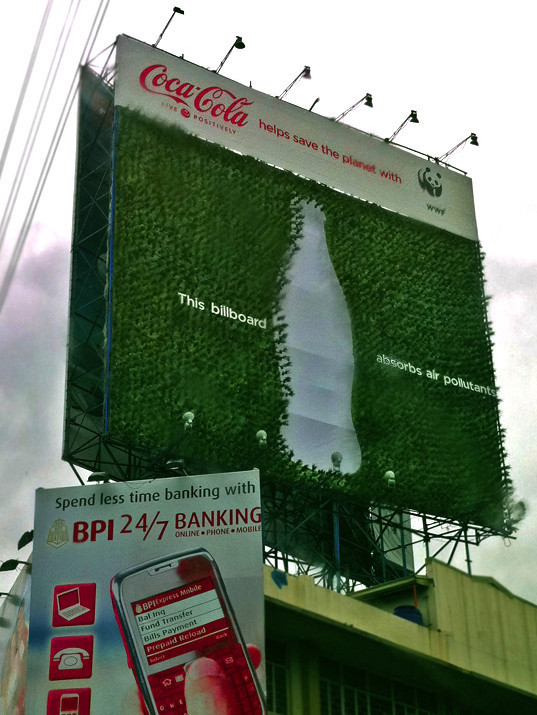