A man in Galveston, Texas, got a big shock Sunday morning while walking along the beach.

The unidentified man found 15 pounds of cocaine with an estimated street value of $175,000, MyFoxHouston.com reports.

He called Galveston Police who gathered up the bags -- 30 in all -- and took them to the station. After the bags dried out, the powder in them tested positive for cocaine, according to Click2Houston.com.

Galveston Police are still trying to sniff up any suspects, ABC13.com reports.

This cocaine discovery, massive as it was, pales in comparison to other finds on Galveston beaches, according to the Houston Chronicle. 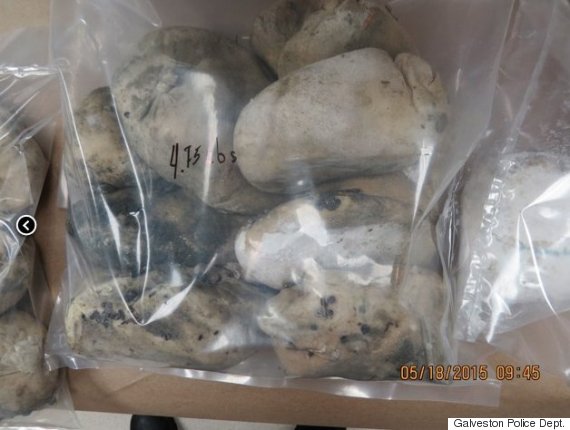 $175,000 Worth Of Cocaine Washes Up On Texas Beach
Drugs Hidden In The Darndest Places