It’s not a stretch to say that a foreskin isn’t the first place one would think of hiding drugs.

But when you’re naked in a parking lot, and you’re about to be arrested, you find ways to improvise.

At least Joshua Hare did.

Police in Swindon, UK, said they found 7.2 grams of cocaine stuffed into the 24-year-old’s foreskin, according to the Sunday World.

It all began June 17 when Swindon police were called to a furniture store after getting calls of a man shouting and disturbing customers in the parking lot.

When officers arrived, Hare was naked and put up a struggle before he was taken into custody and taken to a local hospital.

While in custody, a baggie containing white powder began to “emerge” from his foreskin, according to the Salisbury Journal.

Hare’s attorney, Nick Redhead, told the court that his client is homeless and has a troubled background, substance abuse problems, possible mental health issues and suffered kidney issues when in police custody earlier this year after being arrested for aggravated taking of a vehicle without consent, reported the Swindon Advertiser.

“He fell into a coma and thought he was going to die,” Redhead said. “The damage to him as such is he is a high risk of killing himself if he continues to misuse alcohol. He has managed to stay away from alcohol pretty much.”

Prosecutor Keith Ballinger said Hare was last in court in May to answer the vehicle theft charges and was given a suspended sentence at that time, according to  reported the Sunday World.

On Tuesday, Hare pleaded guilty to both the drug charge and failing to surrender to bail, according to Metro.

Redhead hoped magistrates would take his client’s troubled background into consideration when sentencing his client.

As punishment, the Swindon Magistrates’ Court activated the 12-week suspended sentence he had been given in May, according to the Sun.

Man Pleads Guilty To Hiding 7.2 Grams Of Cocaine In His Foreskin
Drugs Hidden In The Darndest Places 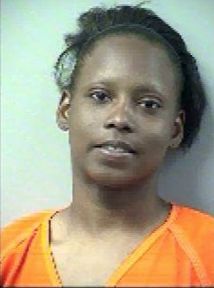