IT'S ALIVE! No, just kidding, it's very much dead.

But we're not entirely sure that this half pig, half turkey hasn't been engineered to come back to life to make the world pay for its meat-eating sins. Doesn't it look delicious, though? 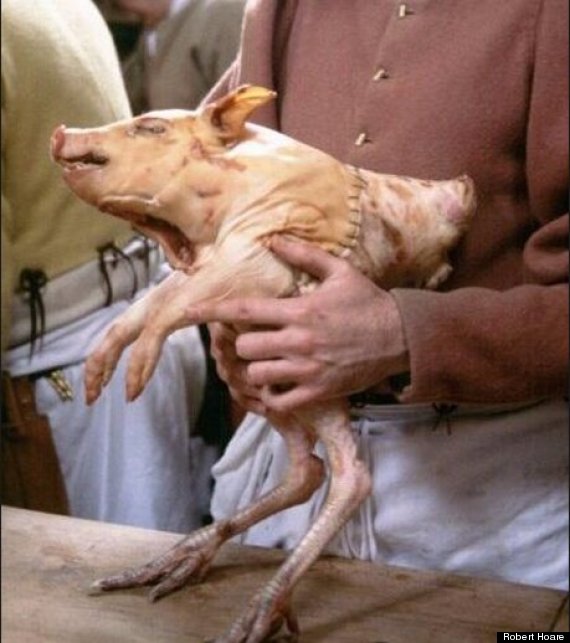 Richard Fitch, the project coordinator for the Historic Kitchens at Hampton Palace in the U.K., first posted the photo to his Twitter.

The mad scientist and renowned cook also created this monstrosity, sewing the front half of a pig and the bottom half of a turkey together. But believe it or not, Fitch wasn't just trying to haunt our dreams or play God. The Atlantic reports that the -- we'll call it a "creature" -- is actually a cockentrice (or cockentryce), a recipe that dates back to the 15th-century.

Fitch, who refers to himself as an experimental historian, told The Atlantic he enjoys making recipes from the past.

But there's more to this yummy abomination than just a needle and thread. For the full recipe, check out Gode Cookery.

As an added bonus, here's what Fitch did with the other halves.

Despite both creatures most likely calling the underworld their home, they're kinda cute. We wonder if they were friends.